This helmet with a superb patina, and in a remarkable state of conservation, is made of several hammered bronze plates in order to give it a characteristic shape of military Corinthian type helmets of the end of the 7th century and the beginning of the 6th century BC: a cap which tends to develop and paragnathids (cheek guards) going forward. At the top of the cap, the two tenons were probably intended to receive a crest. As for the small perforations that run along the ends of the helmet, they were probably doomed to receive an element serving as a lining.
This helmet testifies to the gifts of elements of armor or weapons that the Greek warriors sometimes devoted to the deities. They could be spoils of war taken from the enemy after a victory or they could be warriors who, having reached an honorable age removing them from the battlefields, offered them to the gods who had protected them. This explains the signs of wear - even shocks, as here on the rear of the shell - that are often noticed on this type of object. This is an example of a common object, not originally created for votive purposes, having been consecrated, therefore transformed into an ex-voto. 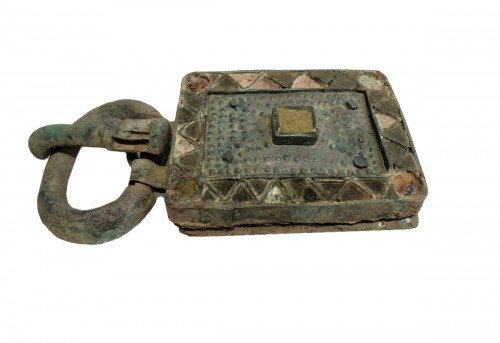 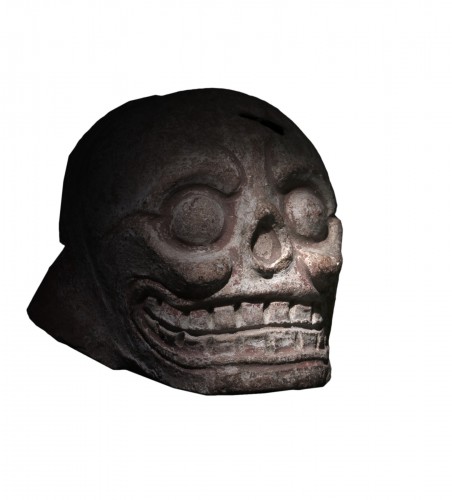 An Etruscan bronze figure of Hercle