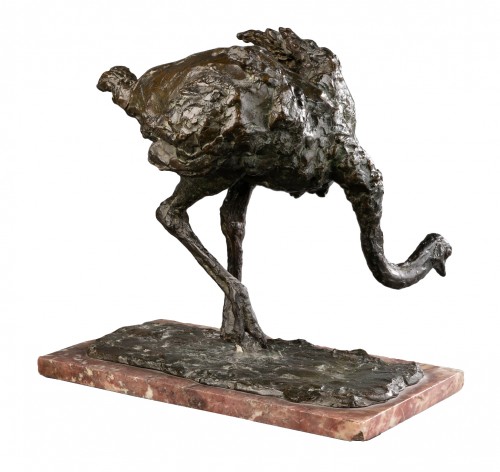 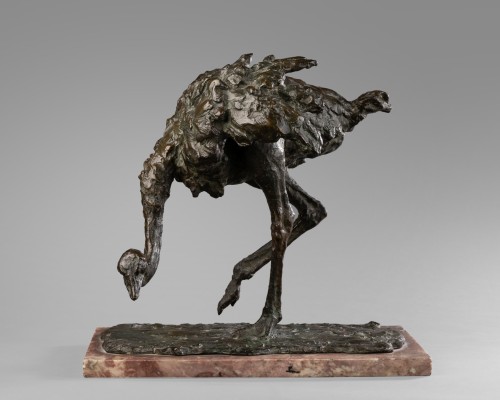 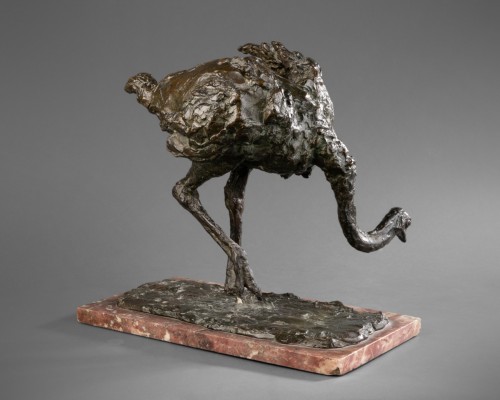 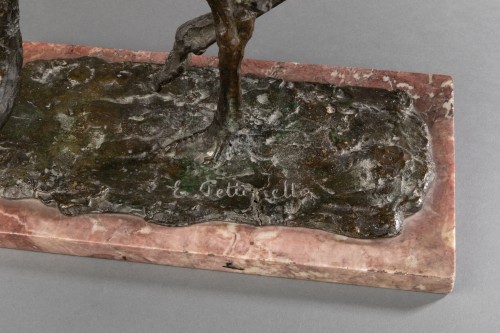 Bronze subject with patina medal representing an ostrich on a marble base.
Signed on the terrace E. Pettenello.

Ennio Pettenello (Venice 1912 - Castelfranco Veneto (Tv) 1996) attended the Academy of Fine Arts in Venice. He alternated traveling and stayed in France and in Italy where partecipated in numerous personal and collective exhibitions. As early as the Forties he was taken up in the Rimoldi collection, as can be seen by his presence in the Contemporary Art Collections Exhibition held in Cortina in 1941. In 1947 he exihibited at the "Mostra Triveneta del Ritratto" at Udine and in 1964 he partecipated to competition for the Monument to the Partisan and he was invited at Quadrenniale of Rome in 1965. He died in Castelfranco Veneto in 1996. 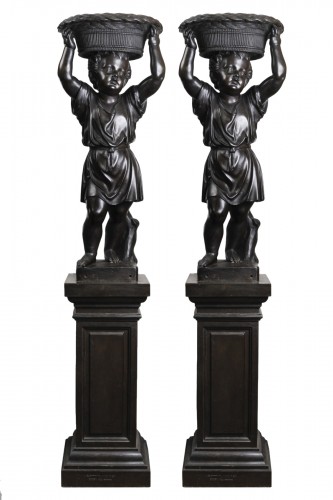 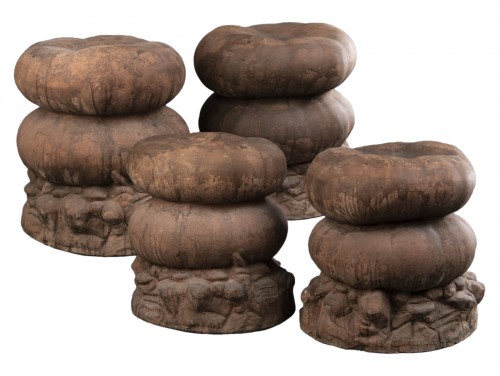 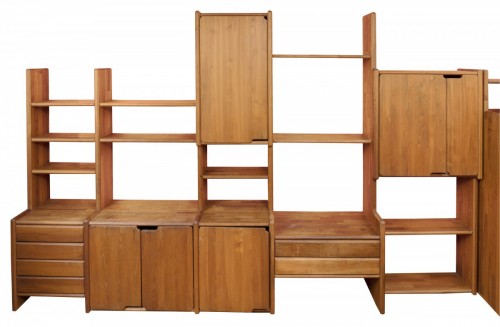 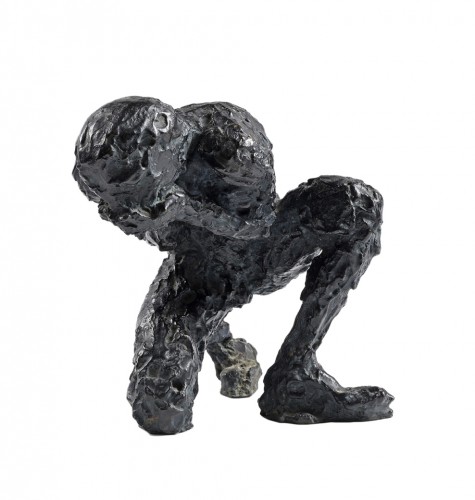 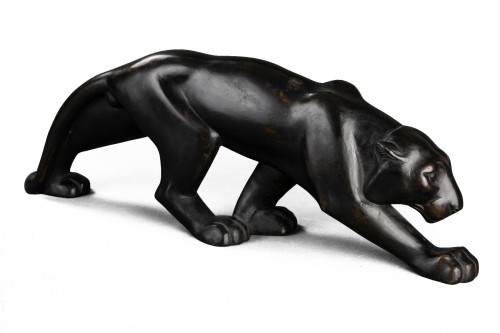 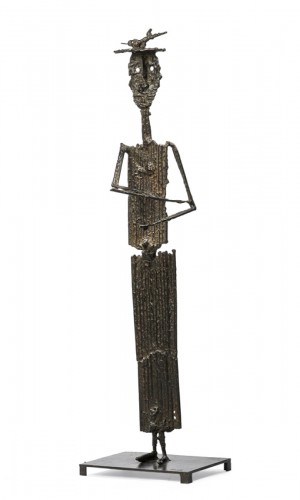 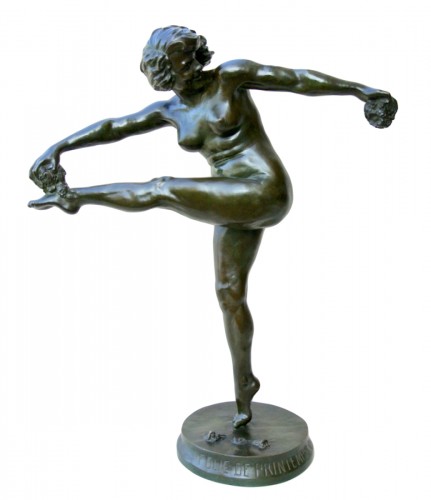