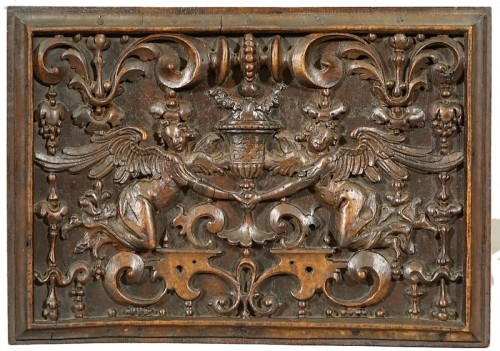 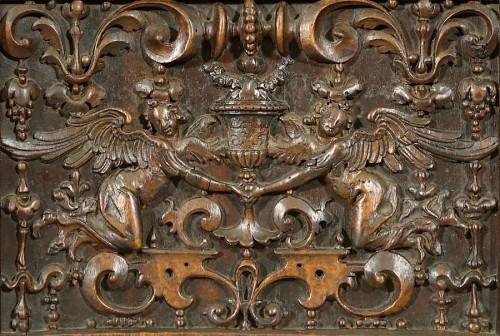 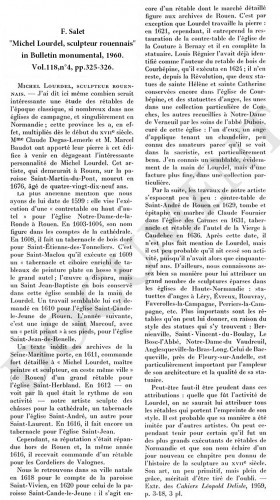 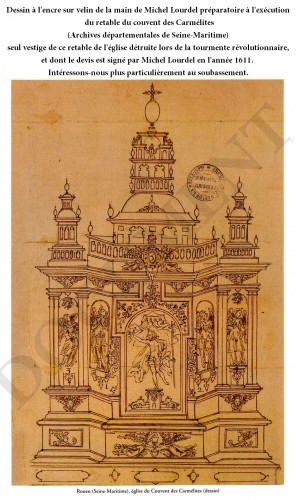 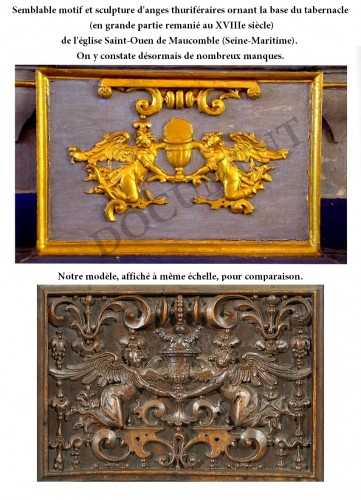 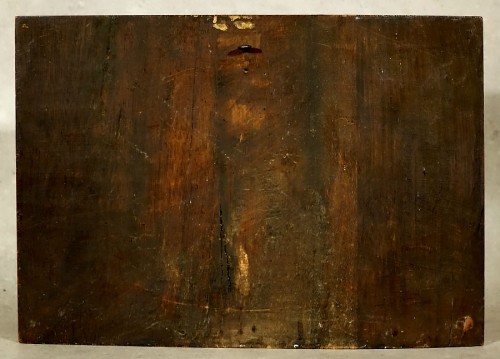 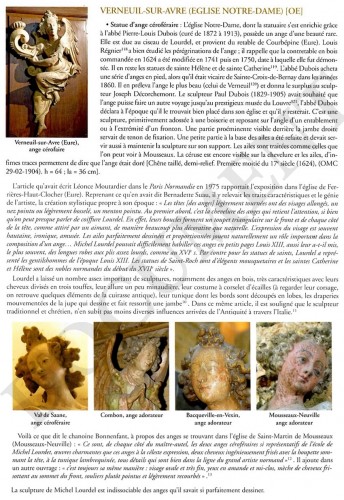 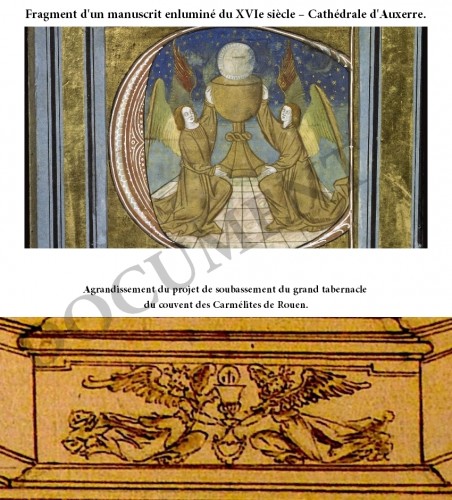 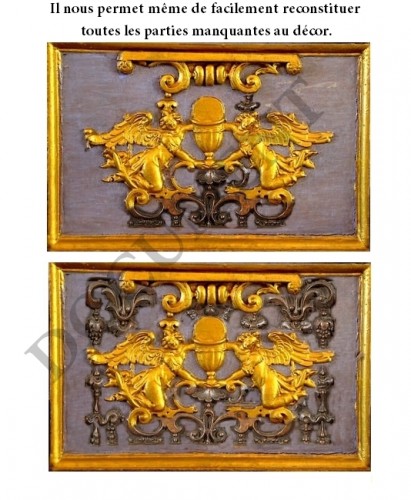 Basswood panel carved in a half-round pattern with decoration of two angels with a chalice, kneeling on a cul-de-lamp with a pattern of "cut leathers" flanked by arabesques around candelabra shafts, bases, foliage and of volutes. Rouen, around 1600.

Michel Lourdel (1577-1676) is a master sculptor from Rouen active from the end of the 16th century and during the first half of the 17th century. Enjoying a very great fame, nicknamed "the Norman Michelangelo", he received numerous ecclesiastical commissions, mainly for statuary works and altarpieces, and this throughout Normandy. Himself inspired by the Italian Renaissance and by the work of the Norman Jean Goujon (1510-1567), his particular style made school and influenced Norman religious sculpture throughout the 17th century.
The bas-relief that we are exhibiting here presents a double interest, because besides the fact that it is sculpted by a master's hand, it is a unique and personal production by Michel Lourdel, a master's work carried out with the intention of showing his know-how. make to its sponsors (a sort of book, if you will, of the time).
Thus, for two reasons, we can designate this panel as a masterpiece.
Considering its style, not Louis XIII at all but rather fully second Renaissance, considering the year of birth of Lourdel (1577) and that at least one of the works in his hand could be dated by documents from the year 1599, considering finally the construction of the altarpiece of the Carmelites of Rouen, using the motif of our model, from the year 1711, we can date this work to around 1600.

Condition: kept in excellent condition, and in its superb old patina.
Provenance: former private collection of the castle of X. 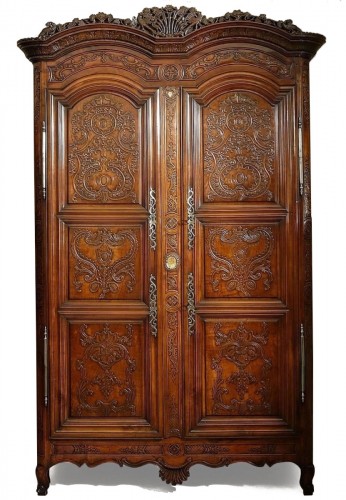 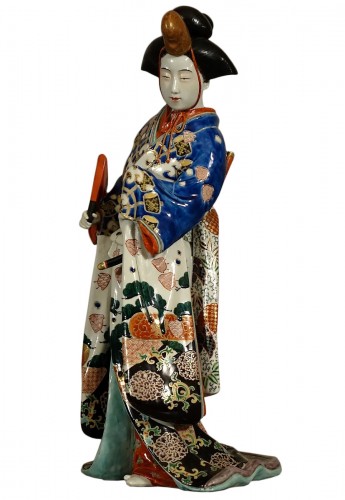 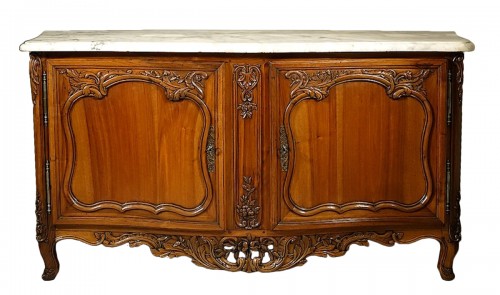 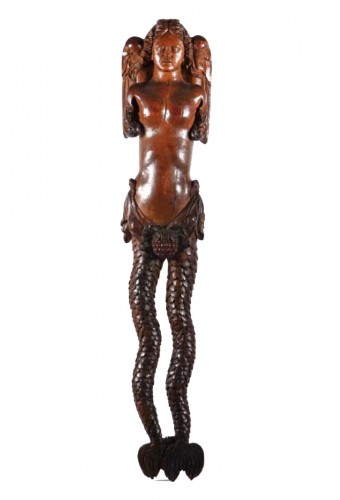 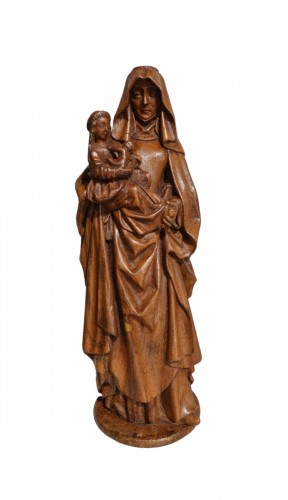 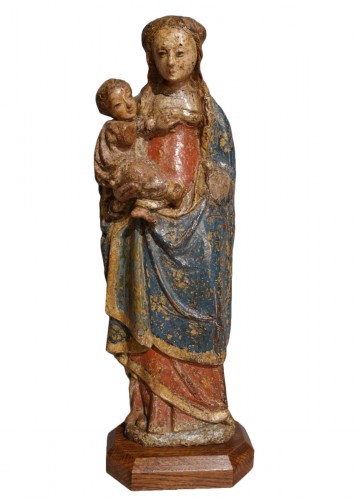 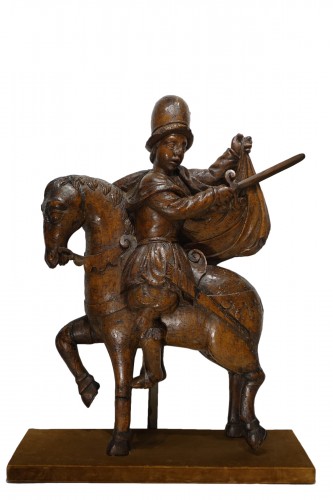