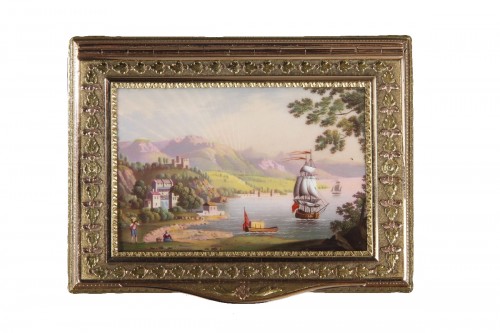 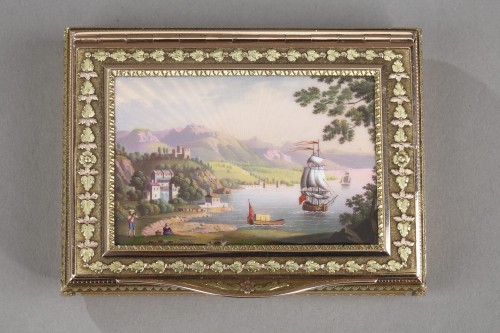 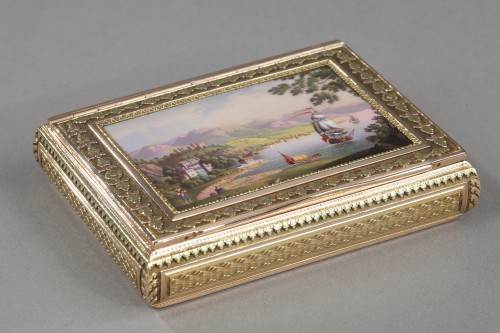 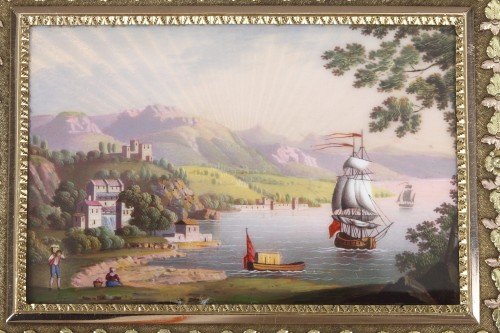 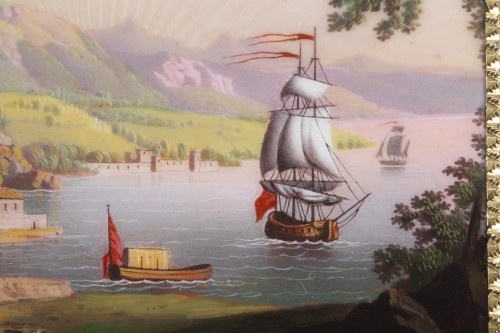 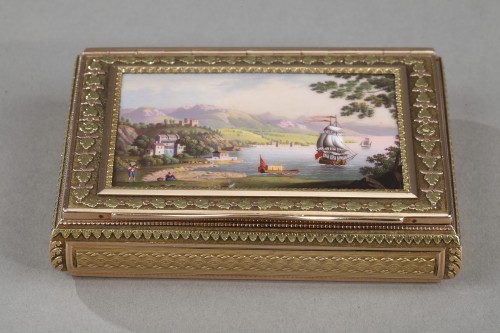 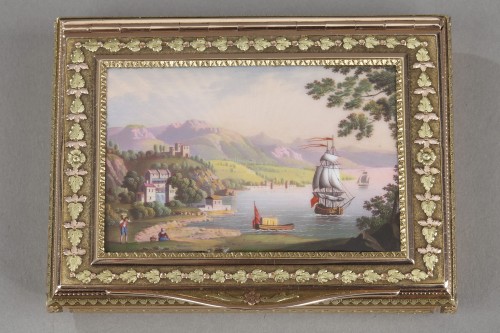 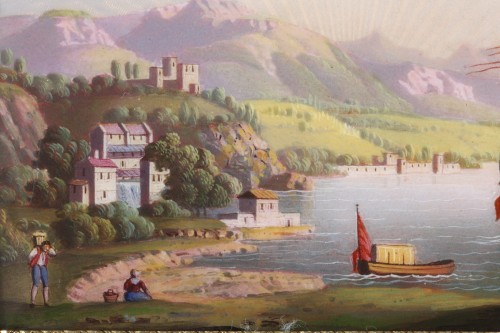 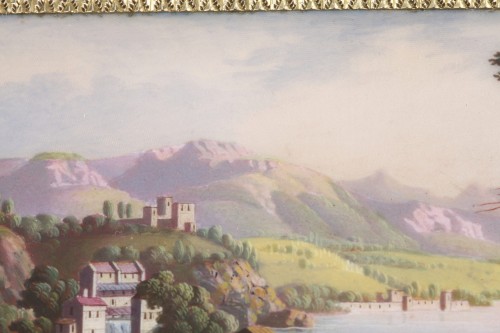 A rectangular gold and enamelled snuff-box. The cover is set with an enamel miniature depicting an alpine lakeside view with harbour scene in the foreground and mountains beyond the Léman lake. The miniature is set in a frame with raised foliate sablé gold border.The side and the base are worked with a geometric guilloche pattern.
This snuffbox is characteristic of the Geneva production of the first quarter of the 19th century. The enamels are then strongly influenced by the works of Pierre-Louis de la Rive (1753-1817) painter from Geneva. Jean-Louis Richter (1766-1841) was one of the renowned enamellers who produced many enamelled compositions rarely signed to adorn snuffboxes. Thus, this view is apparently influenced by Richter's work.
Weight: 4.37 oz (124g).
L: 3.14in. (8cm) / 2.16in. (5.5cm). H: 0.78in. (2 cm)
Gold.
Work of the 1st quarter of the 19th century. Swiss. 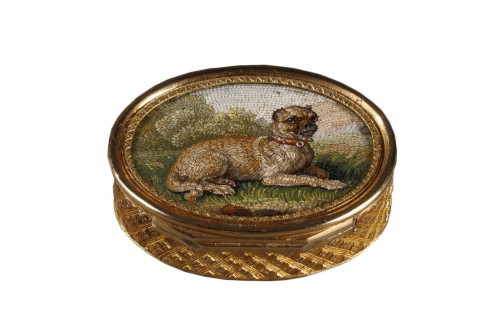 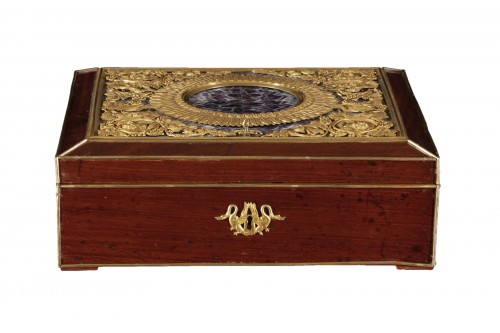 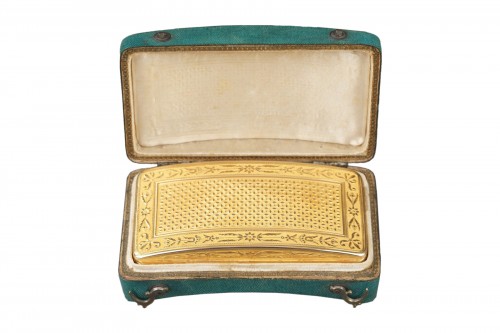 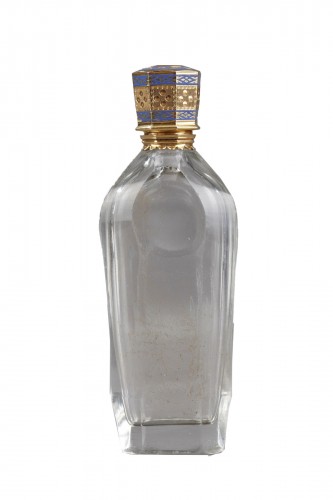 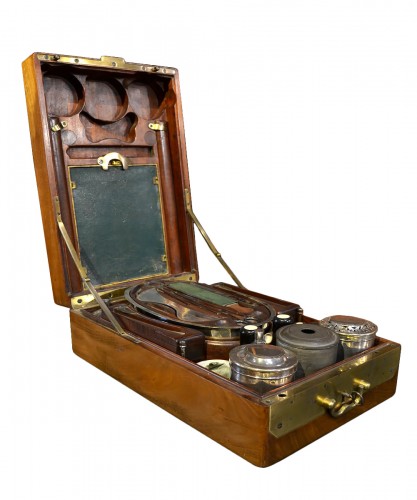 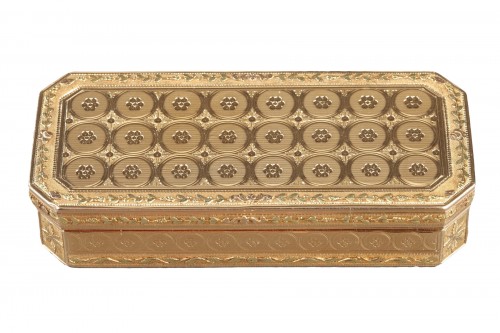