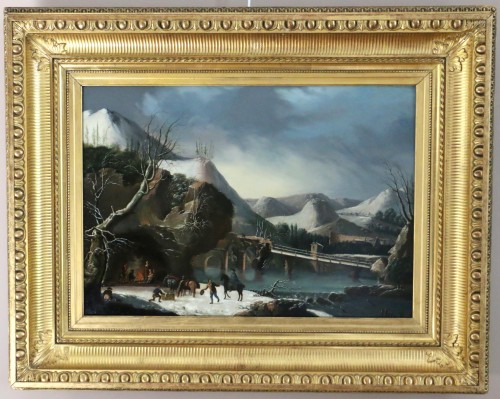 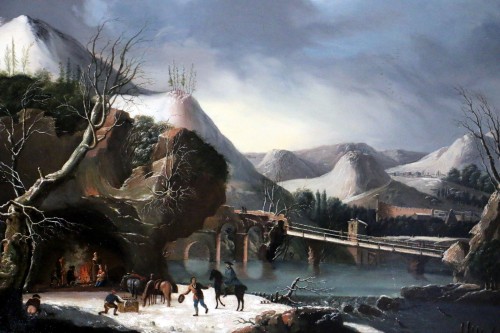 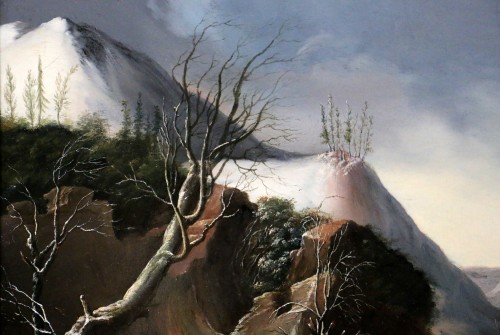 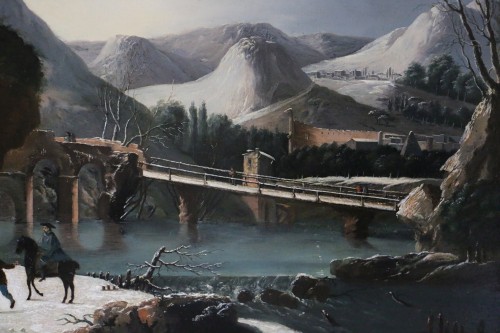 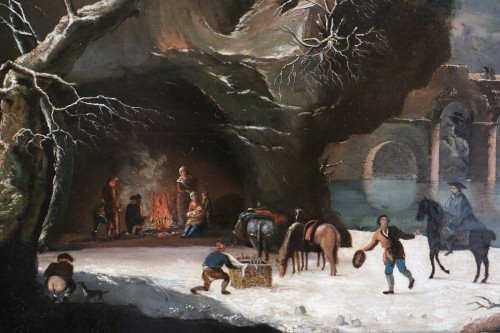 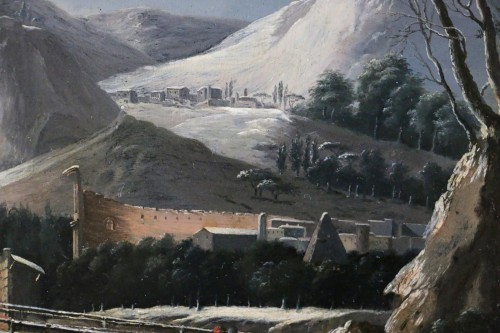 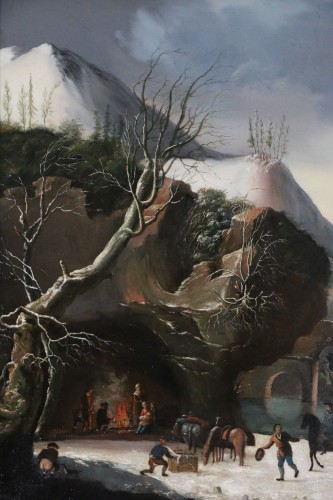 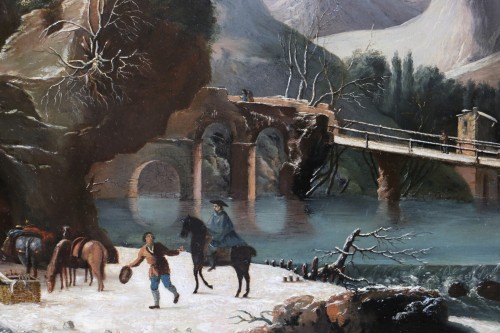 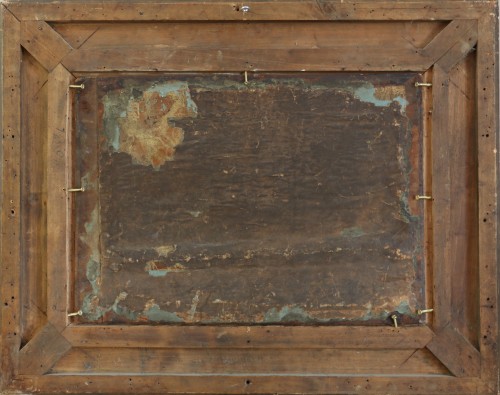 Our painting is part of this series of snowy landscapes painted by the artist. These paintings are bright with meticulous details and are animated by many characters. In our painting, a high-quality work, César Van Loo gratifies us with his schoolboy humor with the representation of one of the characters ... the buttocks in the air! This touch of humor is found in other paintings including this winter scene offered for sale in Vienna on April 13, 2011 (Winterlandschaft mit Eisläufern)
where we see a young woman who, having lost her balance on the ice, sees her dress deprived of its natural gravity ...

Julius Caesar Denis van Loo said Caesar Van Loo is the son and pupil of his father, Carle Van Loo. He was a resident of the Académie de France in Rome, without having obtained the grand prix in 1767. Received academician in 1784; he lived in Turin from 1791 to 1794. La Gal. Sabauda in Turin preserves several of its landscapes. His winter views, which can be compared to those of his contemporary Taunay, are an attempt towards greater realism, made under the influence of the 17th century Dutch. Landscape of Piedmont under the snow (1801, Fontainebleau), Snow effect in the Alps (1804, Louvre), Snow landscape (1810, Musée d'Autun). Some small-scale landscapes (such as those kept at the Toulouse museum) show a sensitivity that places the artist, next to Valenciennes, among the precursors of Corot.

Family of French painters of Dutch origin.
The most famous is Charles André, dit Carle (Nice 1705-Paris 1765). Trained in Italy, he works in Rome and Turin. Returned to Paris in 1734, received an academician in 1735, he enjoyed a brilliant official career (first painter to the king in 1762). Representative of the “grand style” within the rococo aesthetic, he devotes himself to various genres: church paintings, mythological compositions, fantasy scenes (“turqueries” for Mme de Pompadour), decorative panels (Chasse à l ' bear, ostrich… for the king's cabinet, 1736, today in the Amiens museum), portraits. We can also cite: Jacob (Sluis, Zeeland, circa 1614-Paris 1670), above all a portrait painter, settled in Amsterdam, then in Paris; Louis Abraham (Amsterdam around 1656-Nice 1712), his son, who works in Aix-en-Provence as well as in Toulon and had Carle among his children; Jean-Baptiste (Aix-en-Provence 1684-Aix-en-Provence 1745), elder brother of Carle, history painter and portrait painter full of brio and elegance, active in Italy, Paris and London; Louis Michel (Toulon 1707-Paris 1771), son of the previous one, companion of his uncle Carle in Rome and good portrait painter, who made a career at the court of Spain (1736-1753) and in Paris; Charles Amédée (Rivoli 1719-Paris 1795), brother of the previous one, especially active at the court of Prussia; César (Paris 1743-Paris 1821), son of Carle, landscape painter with a pre-Romantic taste. 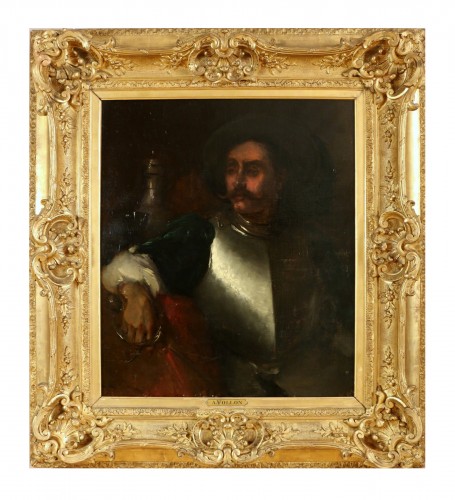 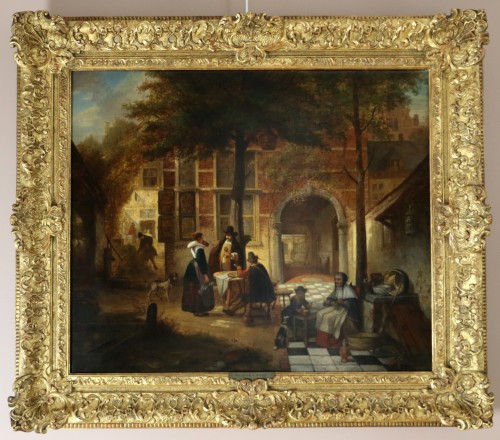 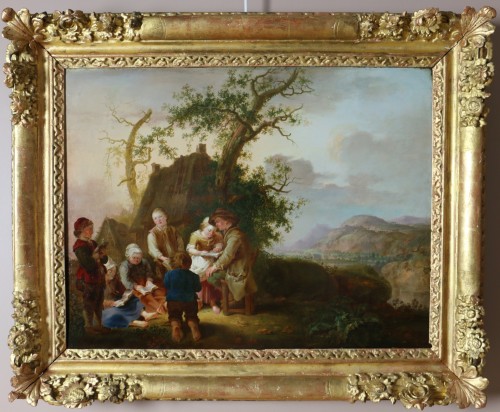