Polychrome and Gilded Plate, Delft, circa 1715

Marked WK in iron-red for Willem van der Kool, the owner of De 3 Porceleyne Flessen (The Three Porcelain Bottles) factory from 1700 to 1716, or his wife Anna Maria Schreveliius – Van der Kloot, who operated the factory subsequently until 1745

Painted in a modified Kakiemon palette of iron-red, salmon, green and black and gold with an oriental pavilion behind a garden fence on the right, and on the left with three winged insects flitting around a flowering tree peony growing behind a stylized pierced rock amidst grasses within an iron-red demi-ruyi-head-bordered roundel, the rim with a border of overlapping petals issuing small gilt foliate devices and interrupted by twelve foliate lappets alternately centering leaves or demi-flowerheads amidst gilt rolls, and the reverse with six small iron-red floral and foliate sprigs around the rim.

Pair of Blue and White Double-Gourd Vases, Delft, circa 1780 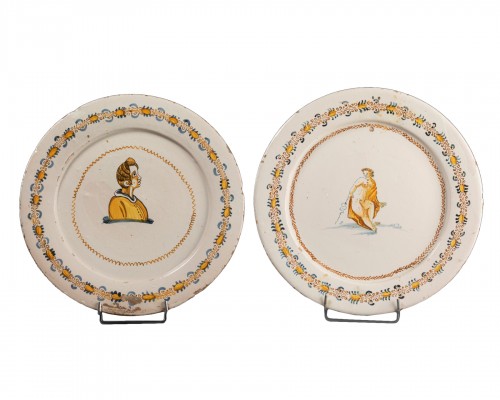 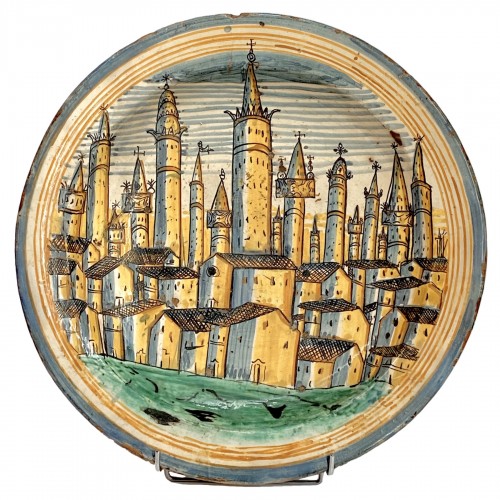 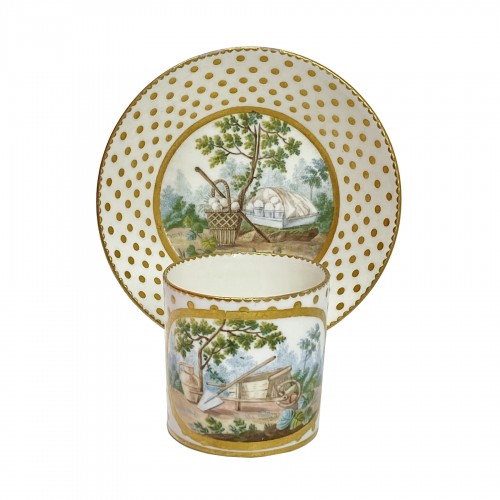 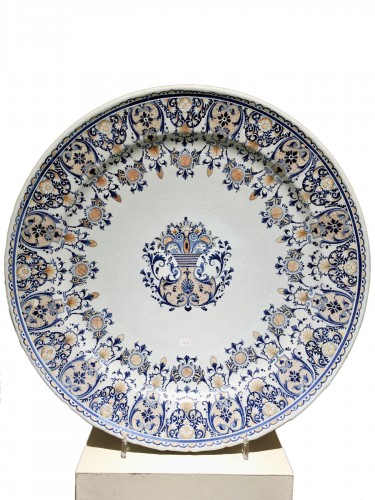 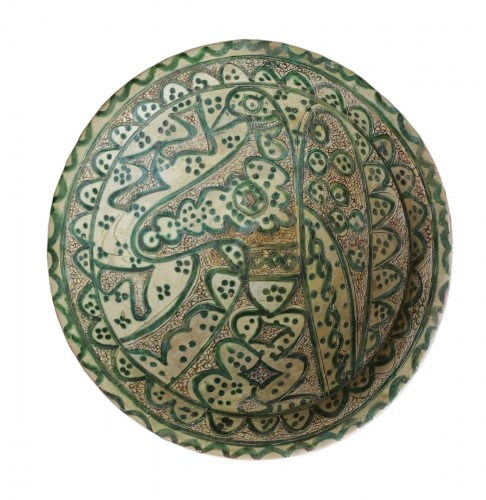 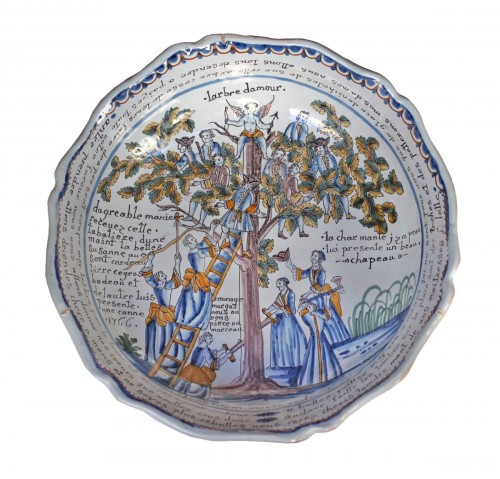 Nevers, Bowl with decoration "the tree of love" 18th century