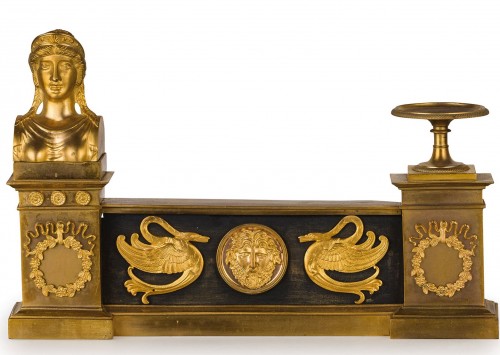 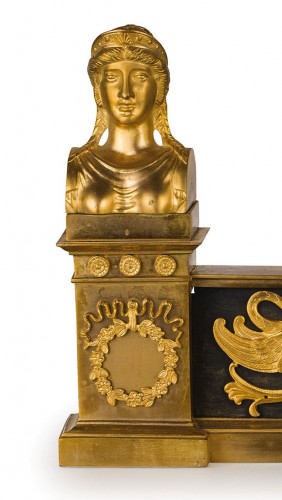 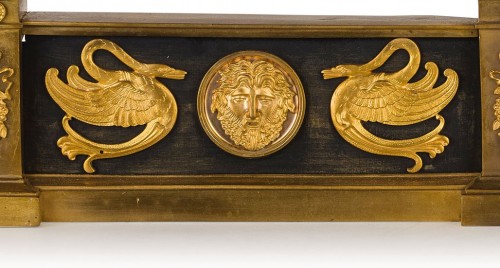 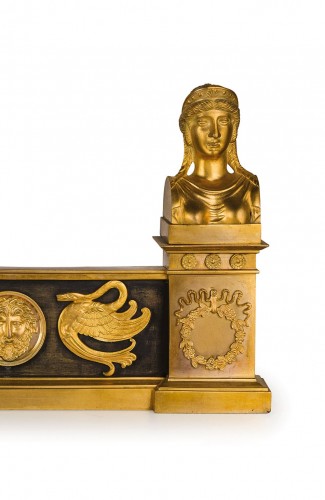 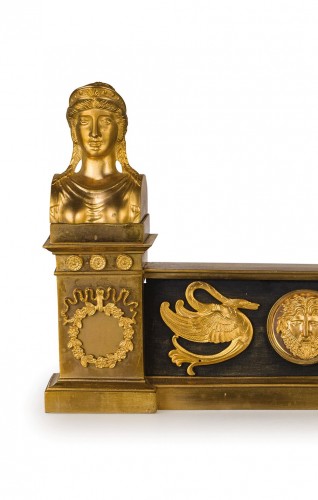 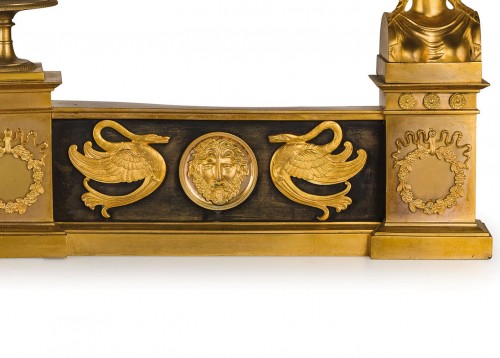 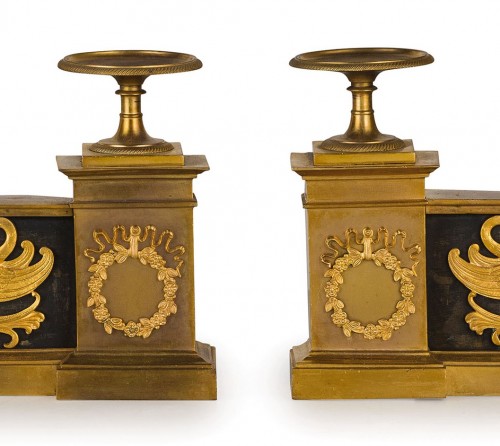 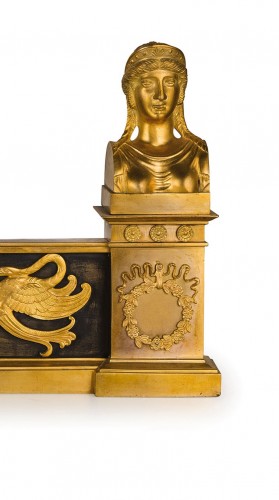 This curious pair of Fireplace Chenets was made in France in the nineteenth century. The Fireplace Chenets, mirror each other, are in gilded and burnished bronze, chiselled with Empire style motifs that are inspired by the Greek Roman and Egyptian style, very fashionable in nineteenth-century Paris.
You can see two busts of women, with long braids and crown, dressed in Greek. In the opposite, there is a rise of neoclassical taste. At the bottom, below the elements described, there are circular garlands of flowers and leaves tied by a fluttering ribbon. In the centre, against a dark backdrop obtained from the burnished bronze, stand out two large swans with open wings whose body thins to transform into a vegetal element. Among the swans there is a mask from ancient Greece depicting a male face with wavy hair and curly beard.
The Fireplace Chenets were used at the time to help make the fire burn better, raising it compared to the base of the fireplace. The primary purpose of the Fireplace Chenets is therefore to raise the fire and the relative wood, so that the air can reach it from all sides to make it burn better. While up to the 17th century they were mostly made of iron, from this period they were made of bronze and brass, materials that at the time were expensive and difficult to find.
They can still be used to improve the ventilation of the flames, to prevent the slipping of wood out of the fire and to decorate the fireplace. This particular pair of Fireplace Chenets can also be displayed as a decorative object next to a modern fireplace or above the floor of the fireplace itself or again as a refined and elegant overcoat. 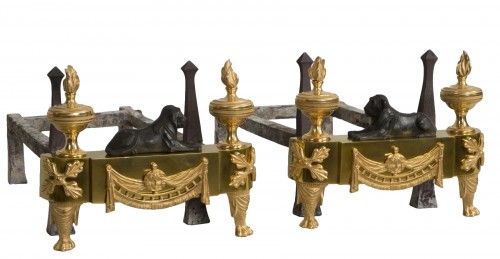