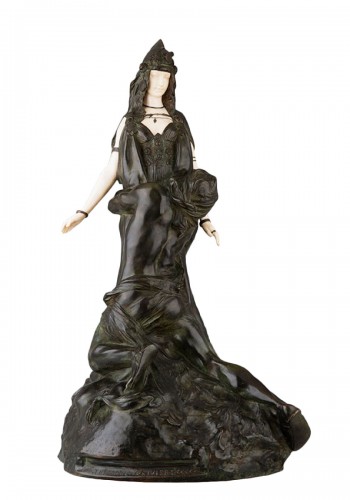 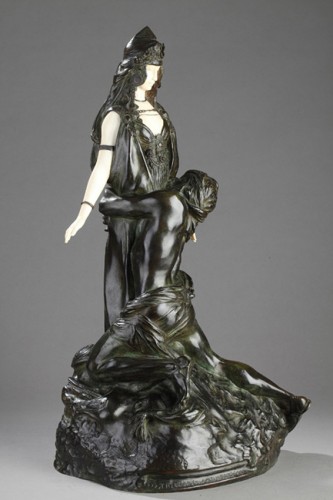 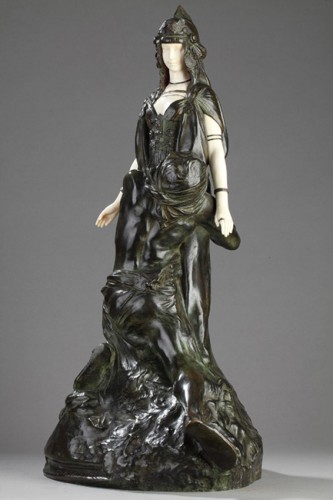 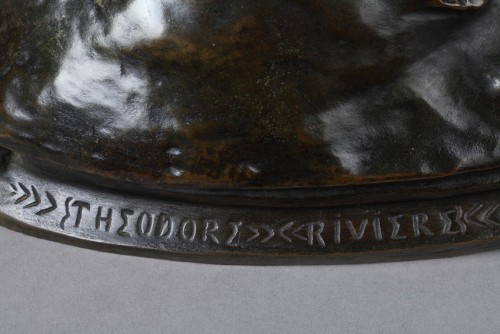 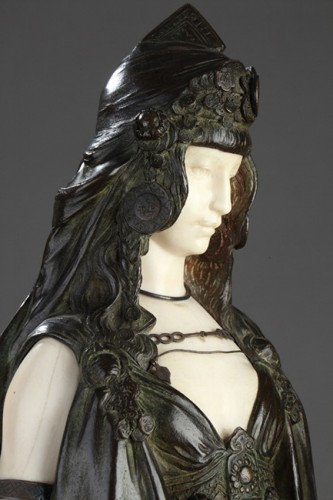 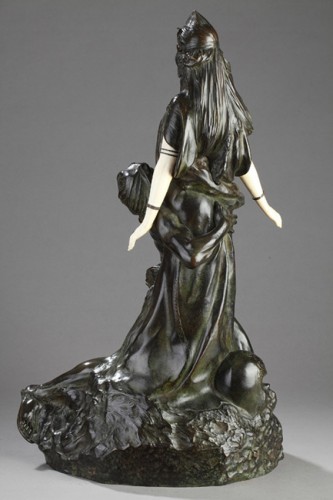 Biography :
Théodore Rivière (1857-1912) was a French sculptor. He received a traditional training at the School of Fine Arts in Toulouse, then at the National School of Fine Arts in Paris. Rivière began his career under the influence of Falguière and Mercié. Discouraged by the failure, he was attracted by the journeys that led him to North Africa, the Far East and South America. The journey revealed him to his art by bringing him, not only new themes of inspiration, borrowed a few times in literature, but also a personal and innovative style whose flagship work was Salammbô at Mathô. Back in Paris, Rivière was distinguished by a small-scale sculpture that he also applied to the nude and the full-length portrait of his contemporaries. He combined materials with refined polychrome that participate in the expression of his subject. He collaborated at the same time with editors of bronze and porcelain. Rivière thus responded to the orientations desired by the Central Union of Decorative Arts and his own inclination for the theories of social art from 1900. Then he returned to the statuary of his beginnings by adapting it to public monuments erected in Indochina and France, without abandoning however the decorative genre that has earned him success.

Théodore Rivière's sculpture, most often of literary and anecdotal inspiration, is worth not only by the qualities of life and movement expressed, but also by the refinement of forms. The subject of the work is from Gustave Flaubert's novel, Salammbô, published in 1862. The story takes place between 241 and 238 before Christ, during the war waged by Carthage against his rebellious mercenaries. The Libyan Mâthô, leader of the barbarian soldiers, is in love with Salammbô, the daughter of his Carthaginian enemy Hamilcar Barca. Riviere chose the moment when, massacred by the people, Mâthô expired at the feet of the beautiful, shouting: "I love you! I love you ! ". The femme fatale character Salammbô inspired many other Symbolist artists. This statuette caused a sensation at the Salon of 1895 and continued to amaze at the Universal Exhibition of 1900 in Paris. It was then edited in bronze, bronze and ivory, and in porcelain biscuit of Sèvres. 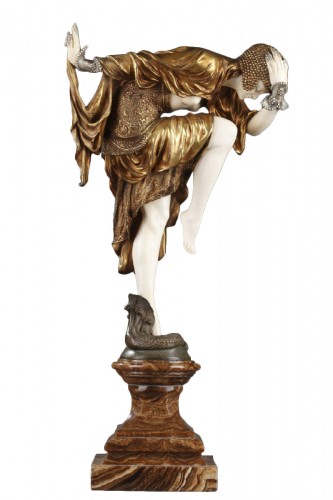 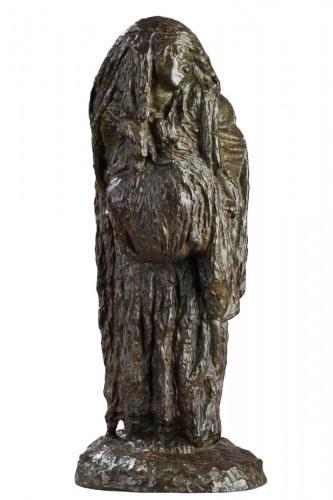 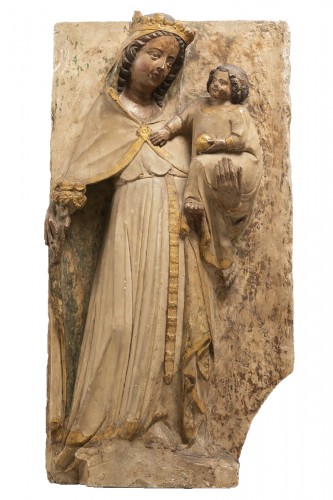 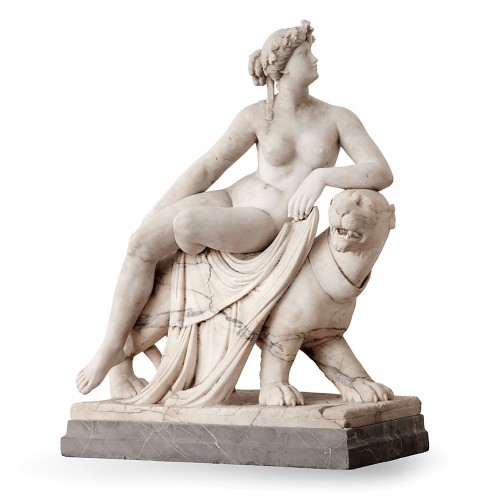 Group of Ariadne and her panther, Circa Empire 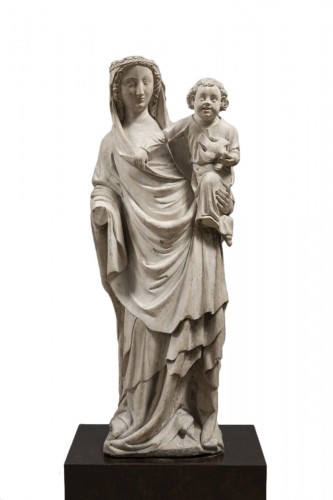 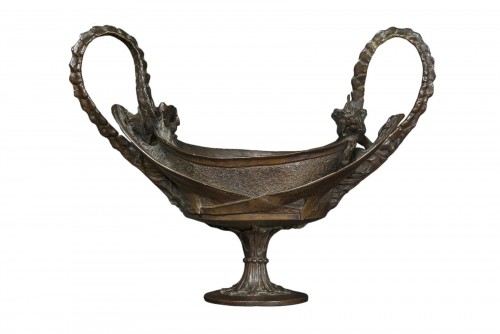