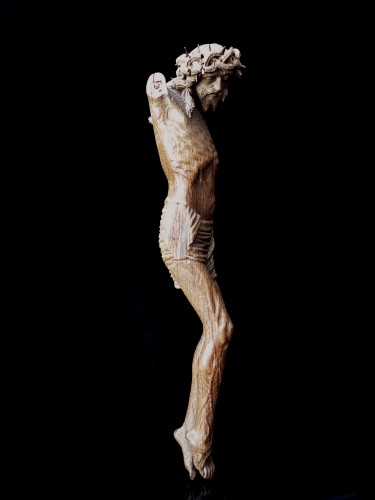 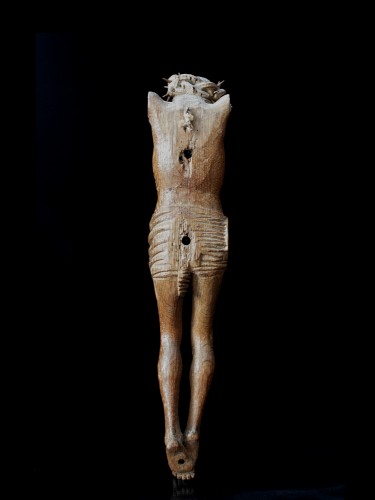 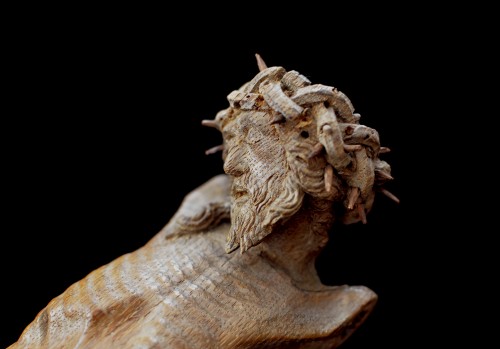 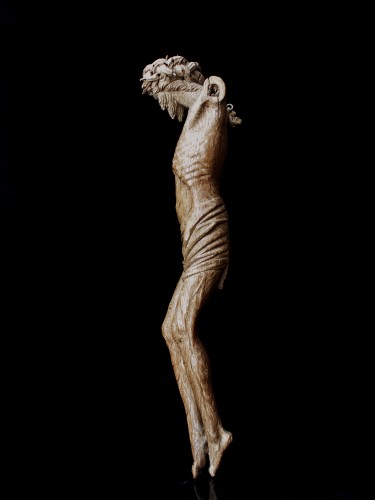 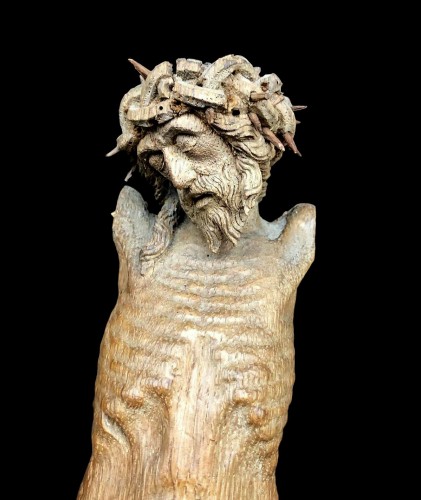 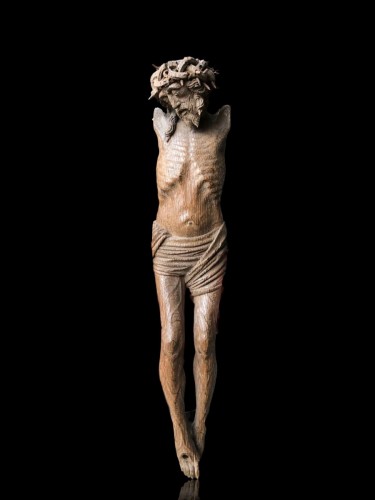 The thick, gnarled, open-work crown of thorns and tightly bound perizoma of the present corpus, tucked beneath its inner thigh, is distinctively South Netherlandish in style and resonates with the manner of corpora produced in major centers like Brussels and Antwerp during the last part of the 15th century, prior to the regional dominance of Jan Borman’s influence.

In particular, our corpus, whose bulbous eyes, set deep beneath an arched brow line, thick nose, slightly agape mouth with delineated upper teeth and singular coiled strands of hair, descending down each side-of-the-face, especially recall the figural style of sculpture emanating from nearby Leuven, east of Brussels.

Corresponding Crucifixions by South Netherlandish painters emulate the figure and perizoma-type of our corpus, notably Josse Lieferinxe's Calvary of about 1500 at the Louvre and a Crucifixion of about 1485 by the Master of the Tiburtine Sibyl at the Detroit Institute of Arts, thought to have trained in Leuven.

Our corpus follows closely with several other sculptures in the region such as the polychrome oak corpus surmounting the main altar of the Church of Saint Dymphna in Geels, Belgium, carved by unknown Brussels sculptors around 1515 and two large oak corpora in private collections (one in a collection in Oudenaarde and another formerly with the dealer Cecile Kerner in Brussels). Our corpus probably copies a lost regional model of some distinction. Its uniqueness certainly distinguishes it in the genre of sculpted crucifixions.

The tense posture of Christ, whose arms would have been pulled taught, in horizontal fashion, along the beam of the cross, accents the brutal suffering of Christ resounding with Gothic tonalities.

Christ’s emaciated, dehydrated figure inspires the superbly intricate veins navigating the legs of our corpus while the sunken abdomen with a pouched stomach forms a sharpened arch at the crest of the rib cage leading to a tightly knotted sternum echoing the pleats of Christ’s perizoma. The lowered head of Christ, bearing an exaggerated and thickly woven crown with eminent thorns, recall 15th century effigies of Christ located in parish churches throughout the Low Countries of Flanders-Belgium.

The terse pathos of our sculpture is alarming yet austere. Its fragmentary condition, elaborating a vertically balletic pose, is dignified while its macabre tension halts it in a space suggestive of the eternal. In this remarkable artwork, age, line, and texture congress to present us today with an arresting artwork replete with transcendent beauty and mystery.

Condition: lacking arms, some thorns and the flares of the perizoma. Two holes drilled in the back from former mounting. An eyehook added to the reverse for display. 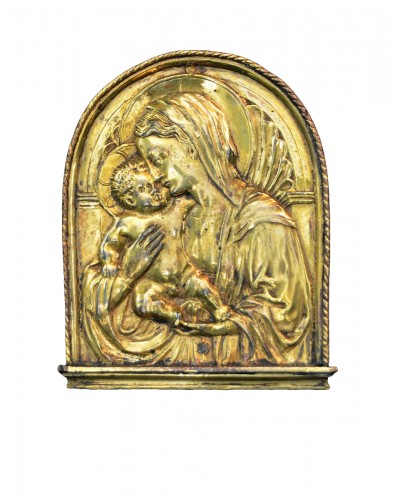 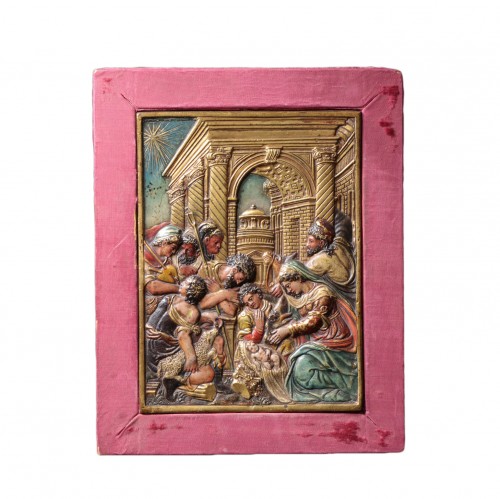 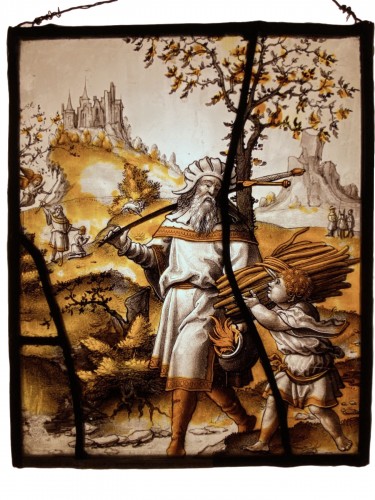 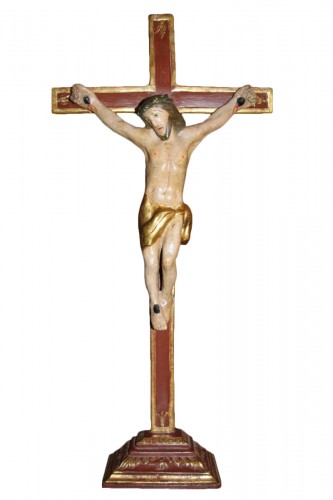