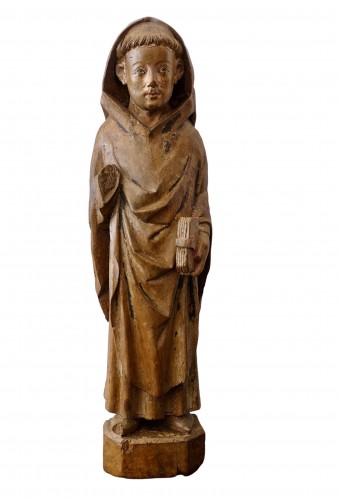 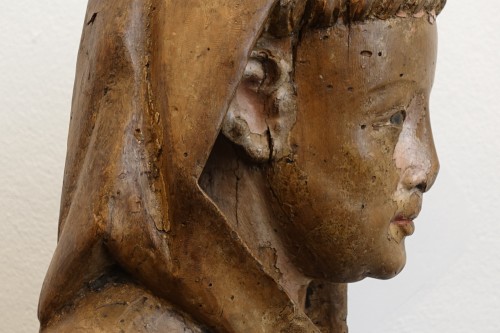 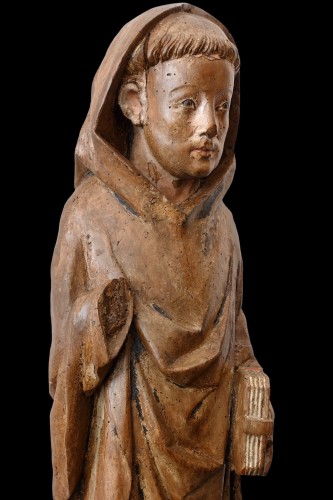 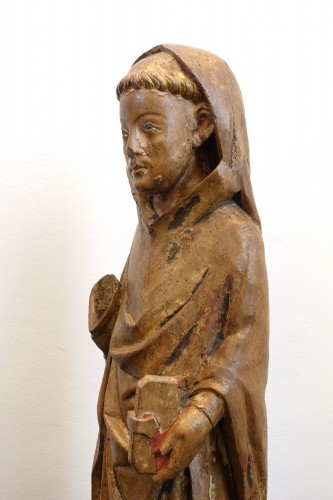 
The saint is here described with one of his most typical attributes: the book and the characteristic bicolor Dominican habit.

The nobility of this Saint Dominic’s figure, a rare example of gothic wood sculpture from Italy, results from the frontality of the pose, the authority of the facial expression and the attention on the realistic details: the slightly double chin, the big ears appearing from his hood, the thin lips shows that the sculptor had a naturalistic ambition.
The figurative arts in Italy during the period 1250-1350 have a strong line of development in a search of a more realistic style.
Gothic sculpture evolved from the early stiff and elongated style, still partly Romanesque, into a spatial and naturalistic feel in the late twelfth and early thirteenth century.
These figures, while retaining the dignity and monumentality of their predecessors, of which here we find reminescences in the severe frontality of the pose striking with the individualized face and the naturalistic details. This sculpture of Saint Dominic strikes with life, naivety and naturalness.

Gothic sculptures independent of architectural ornament were primarily created as devotional objects for the home or intended as donations for local churches and monastery: the distinction between a religious domain and a secular sector didn’t really exist. 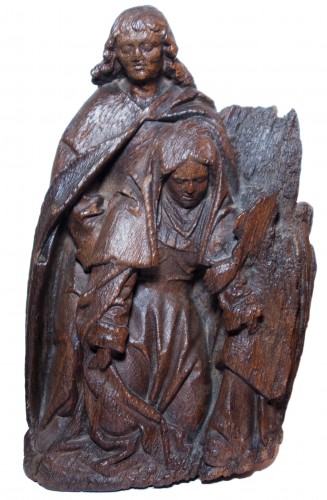