The round enamel dial, signed “Arnoux à Paris”, indicates the Arabic hours and five-minute intervals by means of two pierced gilt bronze hands. The neoclassical case is made of finely chased matte and burnished gilt bronze. The stepped bezel is adorned with grooved reserves and foliage. The clock is surmounted by a flaming classical urn with grooved decoration and rosettes. A long ribbon threaded through the handles of the urn cascades down on either side of the clock. Beneath the urn there is a female mask. The lower portion of the clock, whose central part is glazed to reveal the pendulum, is adorned with a laurel leaf garland. It is decorated with Greek key friezes and rosettes and terminates in a leaf finial.

The unusual design of this spectacular cartel is reproduced in a Livre de desseins, which is in the Institut d’Histoire de l’Art à Paris (illustrated in H. Ottomeyer and P. Pröschel, Vergoldete Bronzen, Band I, Munich, 1986, p. 184, fig. 3.8.8). The elegant and perfectly balanced model was created around 1770 by the bronze caster Robert Osmond; during the second half of the 18th century it became a great success among Parisian connoisseurs, and particularly with the royal family. Indeed, the clockmaker Lépine delivered one example in 1767, which was destined for the apartments of Madame Victoire in Versailles; a second clock was ordered several years later for the apartments of the Dauphin (the future Louis XVI) in Versailles. This is no doubt the example that is today in the Mobilier national in Paris (see the exhibition catalogue Le château de Versailles raconte le Mobilier national, quatre siècles de création, Paris, 2010-2011, p. 106-107). A few other identical models are known. One is on display in the Nissim de Camondo museum in Paris (see “L’ANCAHA au Musée Nissim de Camondo”, in ANCAHA, winter 1999, n° 86, p. 38); a second clock is in the Stockholm National Museum (illustrated in Tardy, La pendule française, 2ème parti : Du Louis XVI à nos jours, Paris, 1975, p. 309).

Robert Osmond (1711-1789)
Was one of the most important Parisian bronze caster of the last third of the 18th century. In 1746 he became "maître-fondeur en terre et sable" and in 1756 was made a “juré” of the corporation des fondeurs. Throughout his entire career he enjoyed an excellent reputation. Greatly influenced by the work of the bronzier Caffieri, Osmond was one of the most influential figures in the renewal of the French decorative arts as of the mid 1760’s. His work was particularly popular among the influential collectors of the period, which led to the rapid growth of his workshop. He was aided by his nephew Jean-Baptiste Osmond, who became a master founder in 1764 and took over the workshop in 1789. Osmond’s clientele included many members of the avant-garde elite of his time. 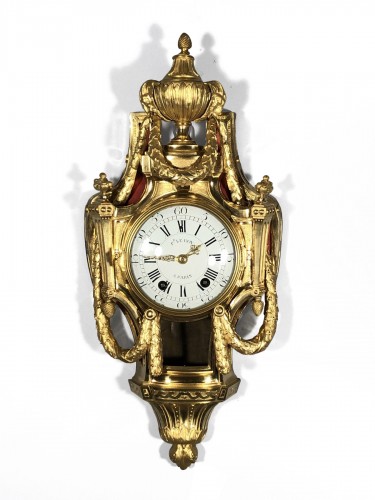 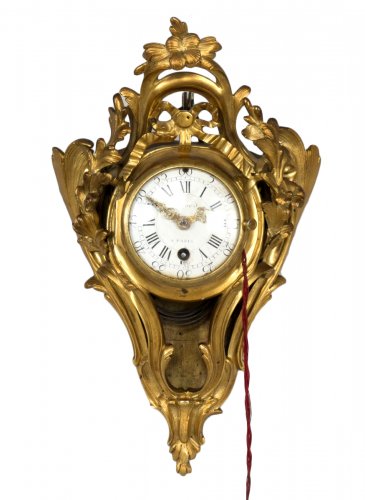