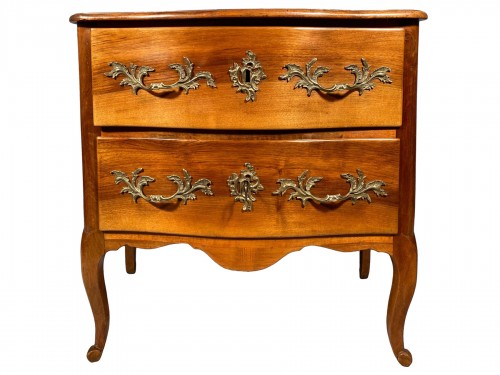 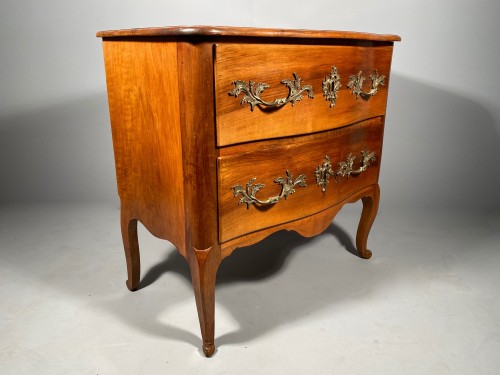 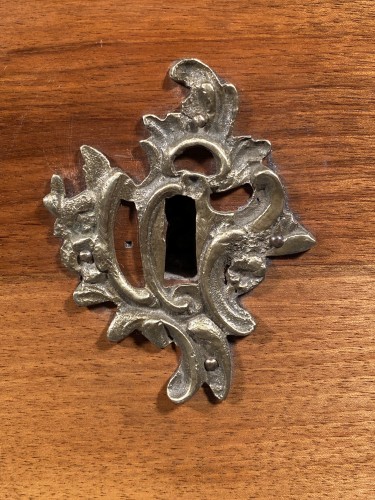 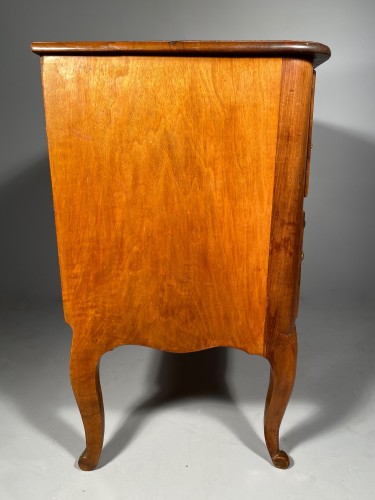 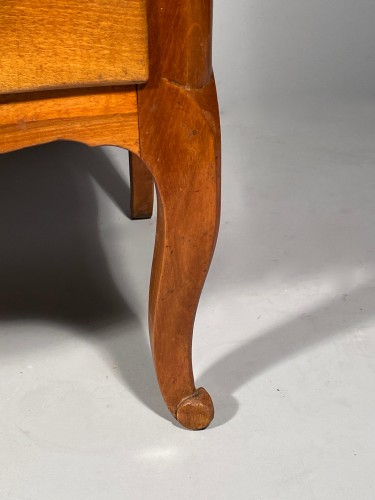 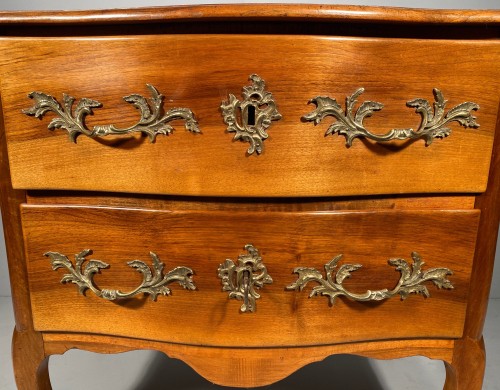 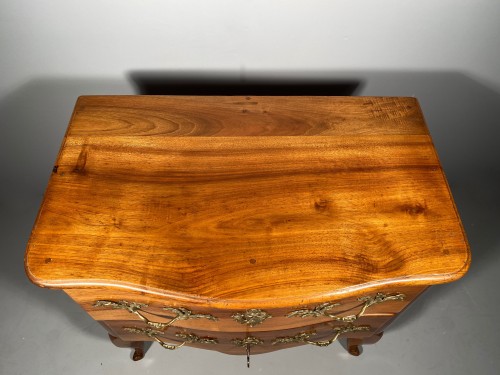 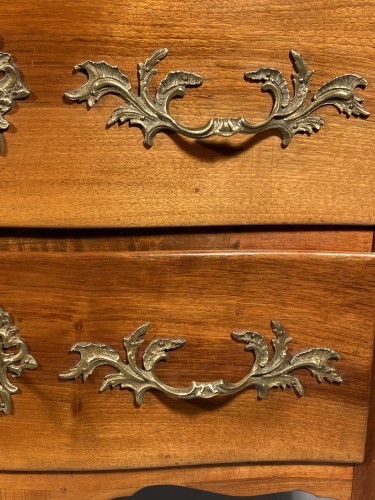 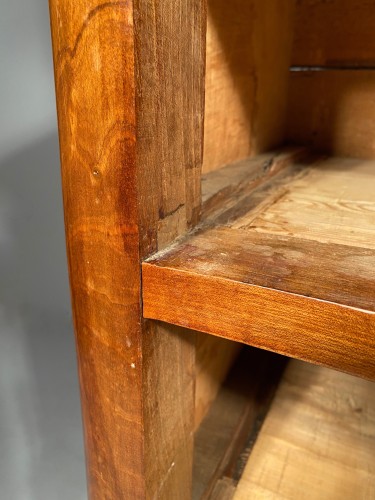 Beautiful and elegant little chest of drawers in solid walnut.
Curved on the front and on the sides and opening with two drawers, this so-called "sauteuse" model sports a beautiful Grenoble walnut and exhibits the great precepts of construction by Jean François Hache admirably.
The "pellet" feet at the front, cut out at the back, the smooth sides to obtain a mirror effect, the total absence of pegs or the choice of quality wood and the veined grain of the heart of the tree that answers on the two drawers.

In terms of construction, the frame is made of fir.
The lower floor is assembled with grooves and tabs in the front crossmember and the lateral battens.
The bottoms of the drawers are nailed under the rebates as is the rear bottom which is attached to the uprights with large wrought iron head nails.
These elements tell us that according to the other furniture of the master, our dresser was assembled starting from the front and ending from the back.

This type of manufacturing specific to the Ax dynasty allows aesthetic effects and offers pure and light lines, in particular by obtaining a smooth side, rounded uprights and a particularly fine base.
Add to this the absence of traces of pegs replaced by a key system which allows a perfect finish, but also the obtaining of an extremely fine front cross member, for a solidity of the whole equal to see superior.

The bronze handles are original.

Jean François Hache as the best cabinetmaker in the province was also one of the most copied, It is therefore important to specify that this dresser is not in the taste of, or in the manner of the master but that it is good to her hand.
It carries the rest of the workshop label in the bottom of the top drawer and is published on page 84 of René Fonvieille's book "La dynastie des Hache".

Other identical dressers, notably one presented during an exhibition in 1974 at the Musée du Dauphiné and which bears the date 1786, demonstrate that these very refined dressers did not experience the disenchantment encountered by the more charged furniture of the reign of Louis XV and were produced by Jean François Hache for almost thirty years.

The small dimensions of our chest of drawers, its qualities of wood and its pure lines are all assets that will delight the most demanding collectors.

Very good state of conservation, bronzes and original background, small restoration of use on the front left foot.

Born January 10, 1730 in Grenoble, apprenticed to his father Pierre Hache from the age of 16, established on his own from 1754, appointed in 1770, following his father, cabinetmaker to the Duke of Orleans, Jean -François Hache is the heir to a dynasty of cabinetmakers that spans four generations (Noël - Thomas - Pierre) and endures for almost 150 years. Jean-François is certainly the most famous of all, but shares with his father and grandfather the reputation of the greatest cabinetmaker in the provinces, considered indeed, even more than the famous Couleru, as capable of competing with the greatest masters - Parisian cabinetmakers. It is almost established that Jean-François Hache stayed with Jean-François Oeben, the King's cabinetmaker, and the latter would probably have even visited the Haches, very interested in their native wood veneers. 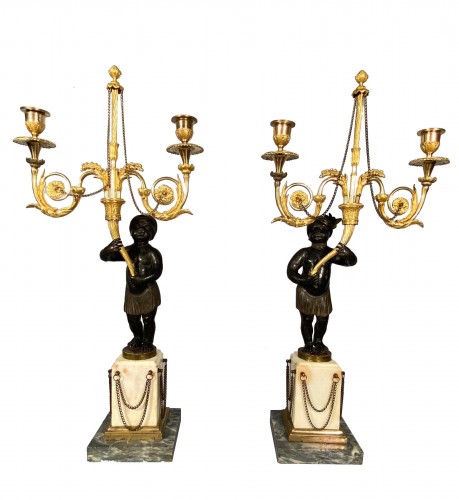 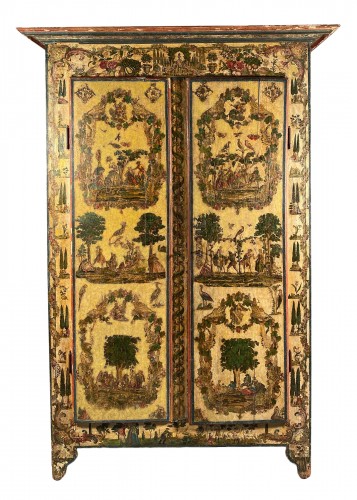 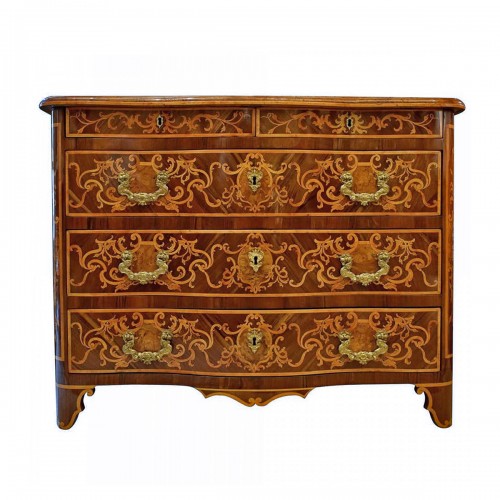 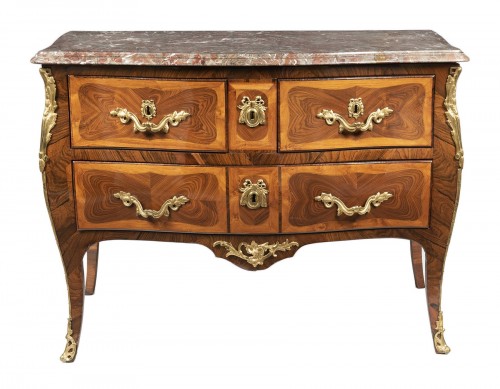 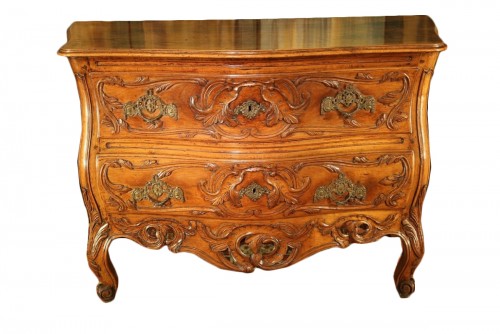 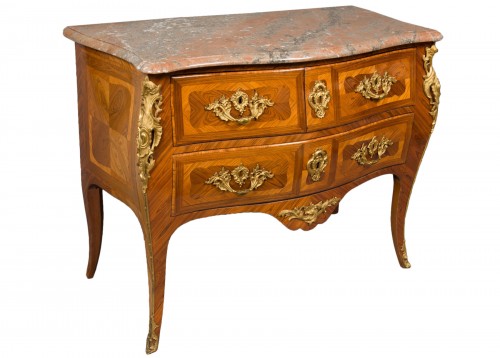