Cat statuette of the Goddess Bastet Presented in her animal form, the goddess Bastet sits in an elegant and hieratic pose. Her extended forelegs
highlight her protruding shoulders.. The ears are pierced and adorned with gold rings. The cult of Bastet, protective goddess of the home associated with prosperity and fertility, developed beginning in the 10th century BC, simultaneously with the establishment of the primary residence of the kings of the 22nd Dynasty in Bubastis (the home of Bastet). Small statuettes of this sort served as offerings or were placed alongside mummies and sarcophagi of cats, which were considered at the time to be sacred animals.


Provenance:
Formerly in a French private collection, acquired circa 1970. 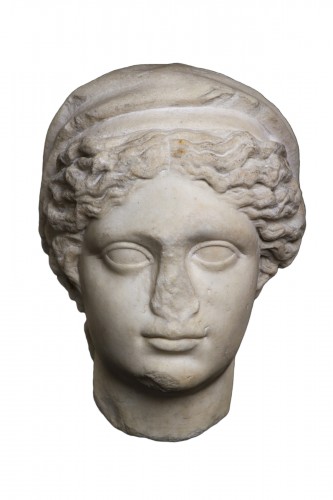 Bust of a draped and hairdresser women 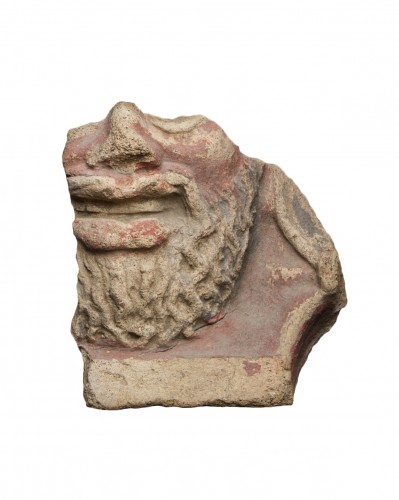 Fragment of an antefix depicting a bearded man 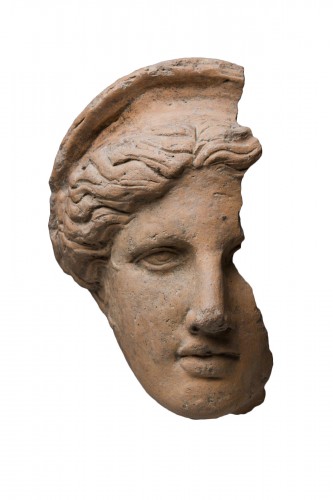 Head of a woman