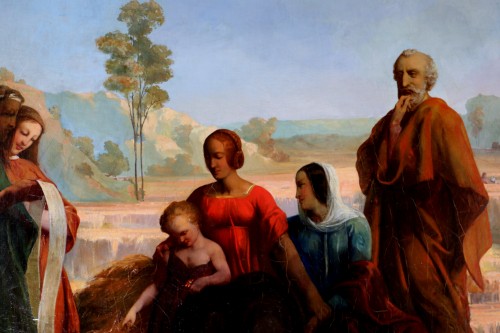 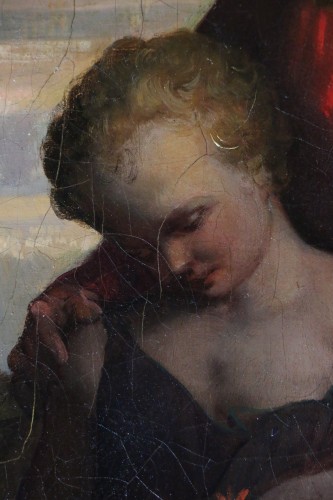 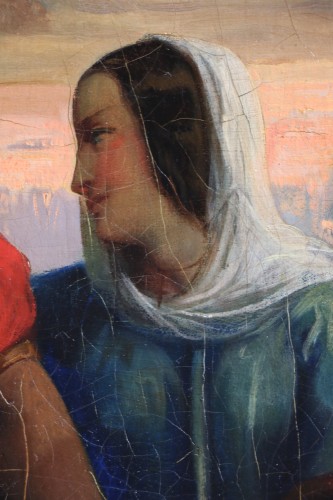 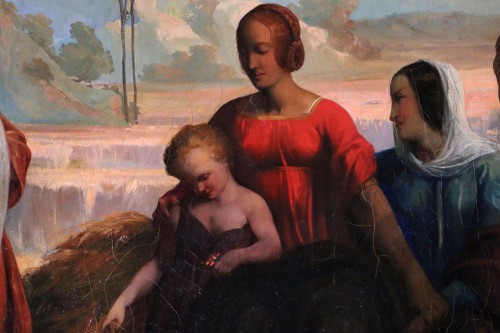 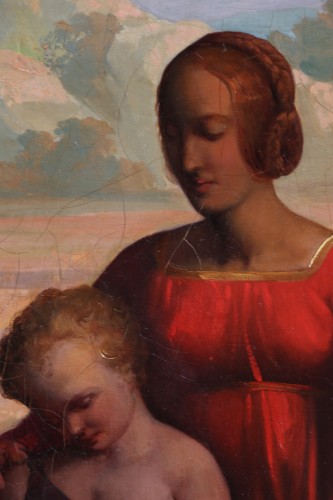 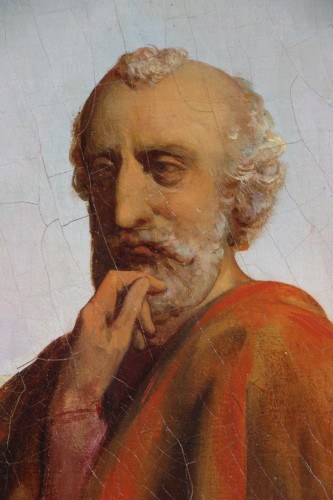 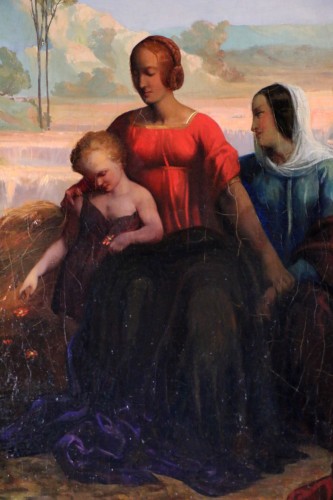 The subject of our painting might make us think of reading the manifesto of Herod to the Holy Family, except that the kneeling woman wears a cross around her neck, which would obviously be an anachronism. Besides, the man who is standing on the right seems to me rather to be a philosopher and not Joseph. It is very likely that it is in fact a mythological or even symbolic scene as often in this period of the second empire.

The neoclassical style with clean lines reinforces the visual impact of this captivating work.
Romain Cazes developed this style with two other Ingres students: Eugène Amaury-Duval and Hippolyte Flandrin.

Romain Cazes' paintings are rare, the Ingres-Bourdelle museum has several in collection and organized an exhibition for him- (publication: Georges Vigne, Romain Cazes, 1808-1881, secret painter of the Second Empire, Montauban, Ingres museum, 1995 ).

A pupil of Ingres, he exhibited portraits, biblical and romantic subjects at the Paris salon from 1835 to 1878. He devotes a good part of his work to the realization of murals. Having lived in Italy for a long time, his works can be found there, notably at the Naples theater, which he helps decorate. Back in France he decorates the church of Saint Mamet (apse, cupola and chapels), the thermal baths and the Notre Dame church in Bagnières de Luchon, the Saint Croix church in Oléron, Notre Dame de Bordeaux, Saint François- Xavier and the trinity in Paris ... 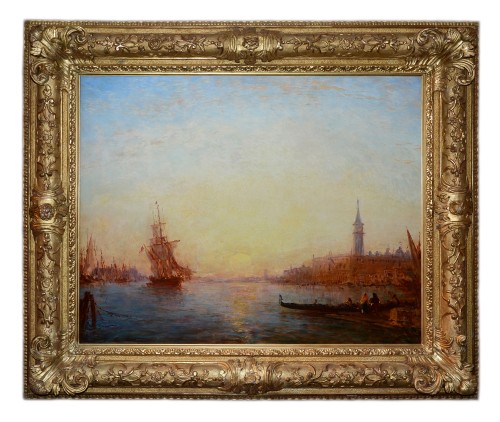