The personal seal of the mother of King Louis-Philippe, Carnelian and gold 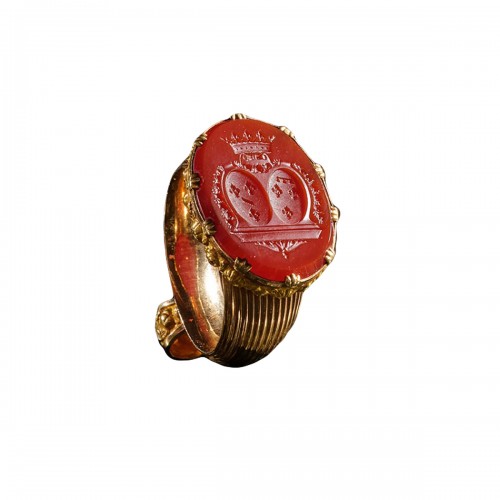 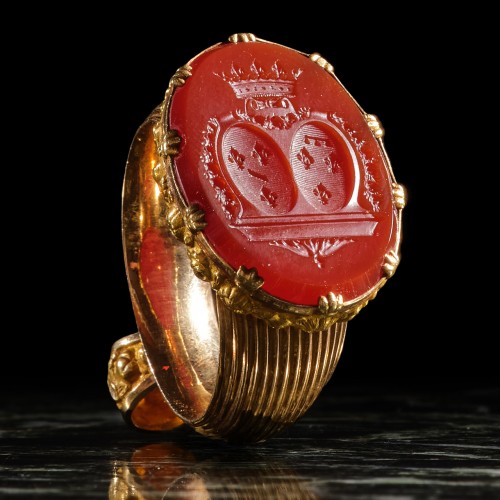 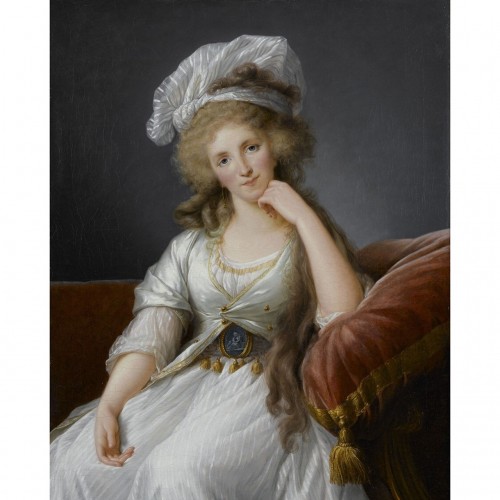 The personal seal of the mother of King Louis-Philippe
Carnelian gold-mounted engraved with his arms
Exceptional personal seal of Louise Marie Adélaïde de Bourbon-Penthièvre (1785-1821), Duchess of Orléans, daughter of the Duke of Penthièvre, wife of Louis-Philippe d'Orléans, known as "Philippe-Egalité", and mother of the future King Louis Louis Philippe.
It is composed of an intaglio on carnelian set in an 18k gold mount with pendant ring, with a richly chiselled decoration of floral and leafy patterns and streaks.
The intaglio is engraved with the alliance arms of the princess as the wife of the Duke of Orleans, two attached shields surmounted by the crown of the Prince of Blood, with on one side the Bourbon-Penthièvre arms, azure with three fleur-de-lis of gold and with a stick perished in a mouthful of the legitimized descendants of King Louis XIV and on the other the arms of Bourbon-Orleans, azure with three fleur-de-lys and with the label of silver.
Very good state.
Paris, 1819-1838.
Goldsmith : ACM in a lozange.
H 4.4 x L. 3.3 cm (mounting).
2.8 x L. 2 cm (intaglio).