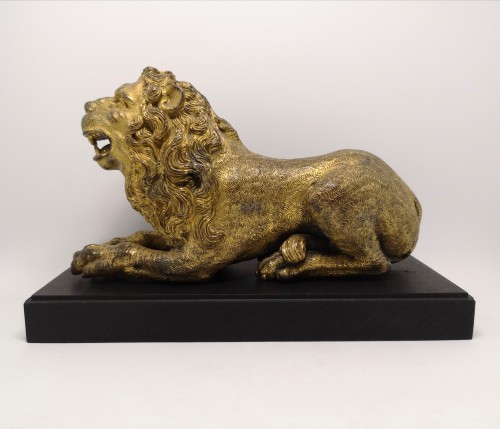 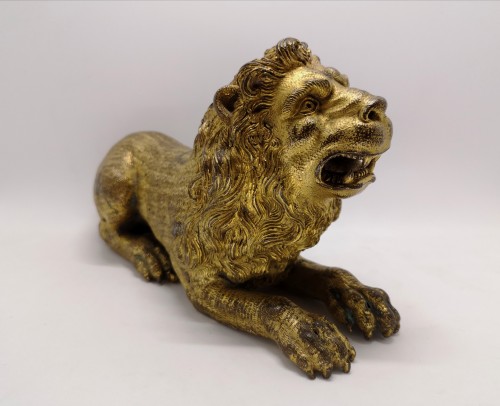 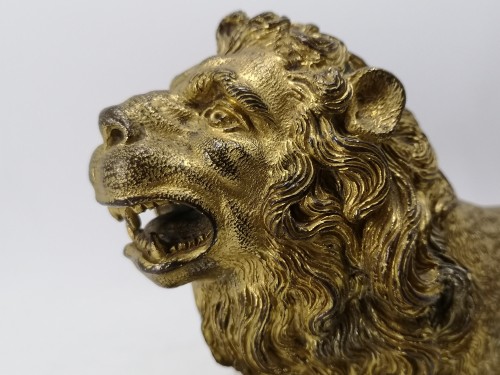 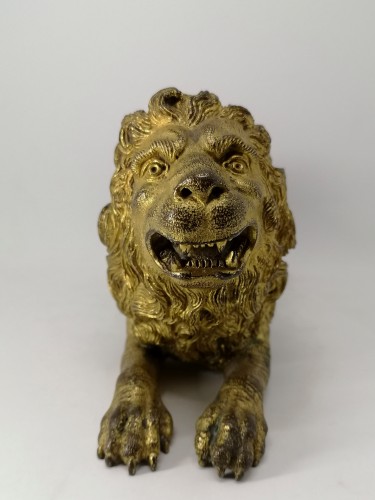 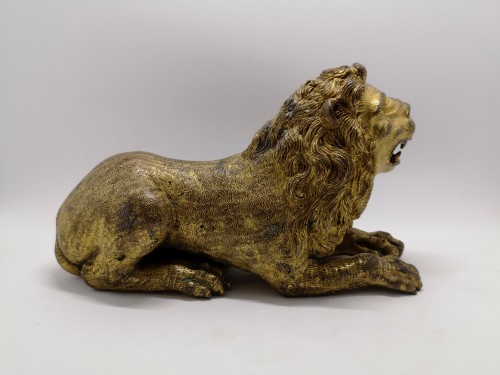 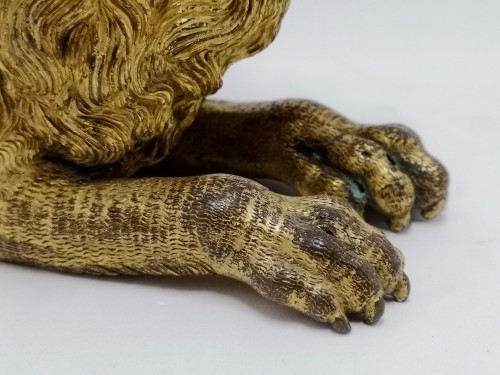 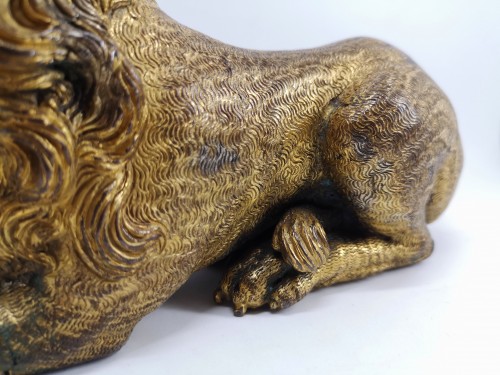 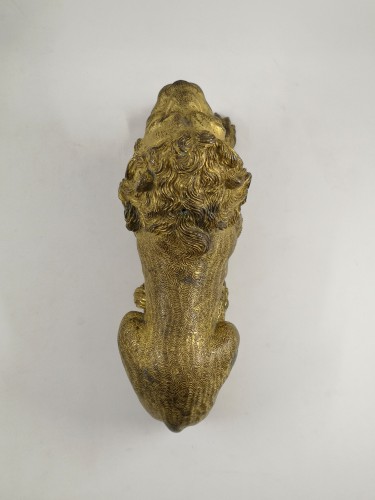 Splendid Renaissance gilt bronze recumbent lion, of beautiful and mighty proportions, with delicate incised details accurately depicting its whole anatomy.
Of lost-wax technique and preserving its original gilding in excellent condition, the animal is reclining and looking firmly straight ahead in a frontal and symetrical pose that enhances its powerful and imposing attitude. The skin texture is beautifully rendered all over the body by means of a skillful chiselling work, just as other meticulous details such as the tiny locks of hair under the legs or the sharp claws.

From the second half of the XVIth century, Augsburg became a renowned production centre of gilt bronze animal figures featuring such naturalistic search of details, of which this magnificent sculpture is an example of the highest quality. Such recumbent lions were commonly used as ornamental supports for pieces of furniture or caskets, in which cases they have today visible holes or attachment marks on the back surface, which is not the case here. Other animals, in many cases rearing or recumbent lions, were also employed to surmount the top of Augsburg luxurious table clocks, the gilt bronze animal being often the main decorative element, of much larger size than the clock itself. This may be the origin of our spectacular lion, that however might also have been originally conceived as a sculpture “per se”, perhaps belonging to a major sculptural group, such as a Saint Jerome or a Saint Mark evangelist figure.

In case of purchase this item will be delivered accompanied with an export license issued by the Spanish Ministry of Culture. 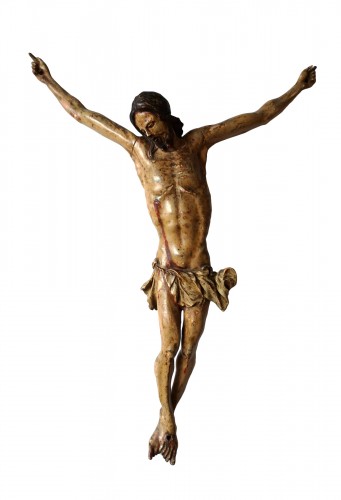 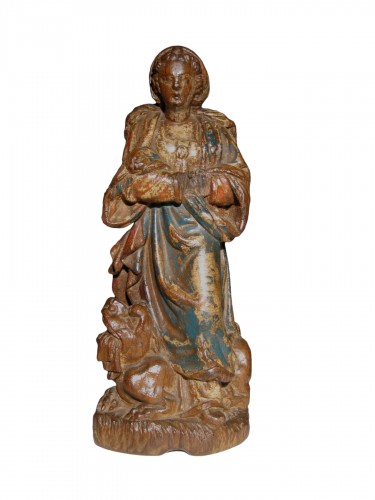 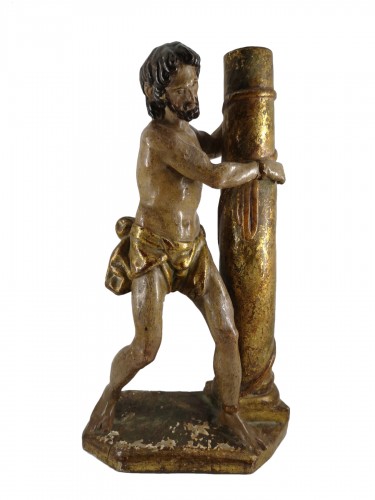