Our beautiful Northern Renaissance portrait of a man dates, judging by the clothing, around 1550/1555. It shows characteristics of both Flemish-Dutch and German portrait painting.

Ludger tom Ring the Younger had lived in Münster until 1553. That year he moved to Antwerp until 1568, when he settled in Braunschweig. Apparently Ring, who had been a pupil of his homonymous father, had already before 1553 come into contact with portrait painting from the Low Countries; maybe he had studied under a Netherlandish master.

Our portrait seems also to be a fairly early work, probably dating from his early Antwerp years, around the middle of the 1650s. Its Flemish precise naturalism tempers its German sturdy linearism. It shows the influence of the Antwerp portrait painter Willem Key. The background must have pleases his Humanist sitter: a trompe l’oeil drapery with a Renaissance column decorated with a Corinthian acanthus design. 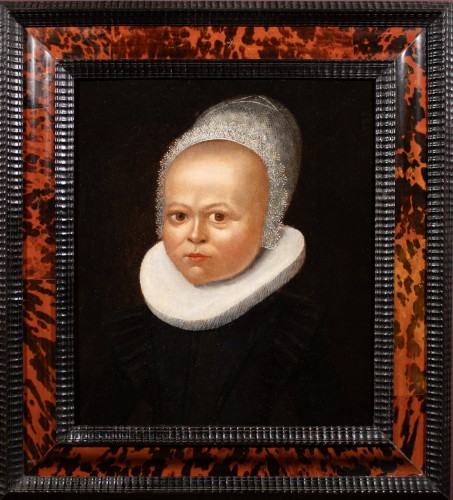 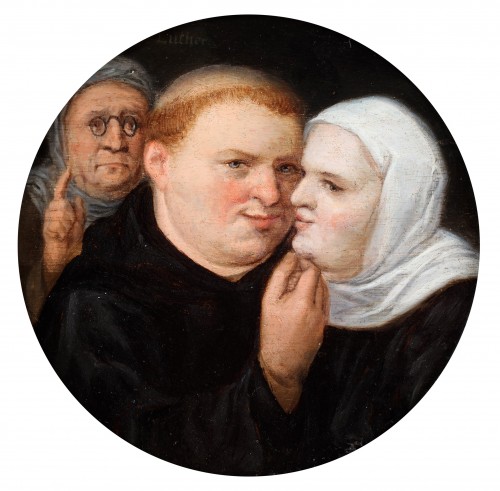 A moralizing scene depicting a monk caressing his companion 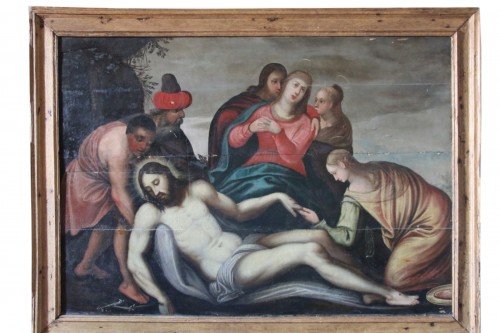 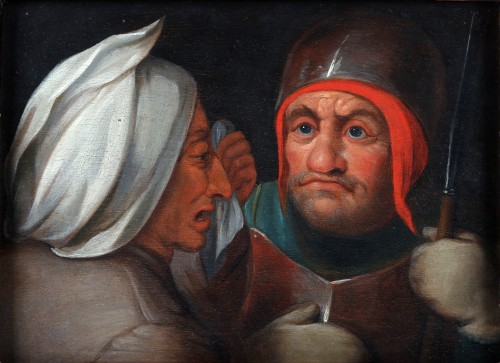 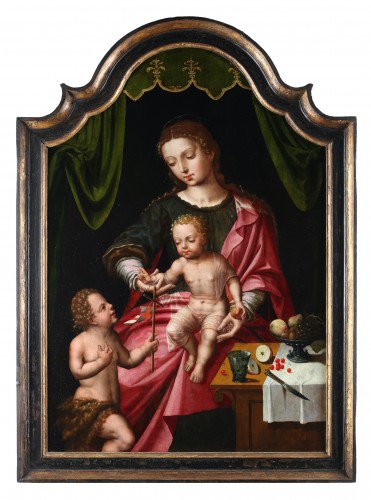 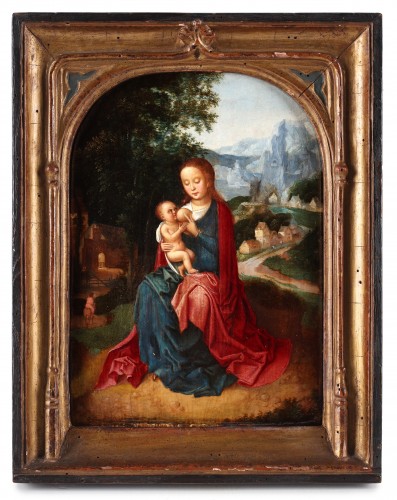