Pair of armchair by Pierre-Paul Montagnac

Pair of armchair, French work of Art-Deco period circa 1930.
The inclined backrest and the seat are framed by armrests with cutaway, the sides are in walnut veneer.
The feet covered with nickel-plated brass.
The armchairs are covered with full grain leather.
Similar model represented in "Mobilier et décoration", 1931.

Pierre-Paul Montagnac studied in two municipal academies, the Grande Chaumière and Carrière.
He started the fairs from 1919 and had an address at, 58 rue de Rome in Paris.
His talents as decorators will lead him to work with a group of artists whom he will select including Subes, Perzel, Da Silva Bruhns ...
Magazines such as "New French interiors" or "Small modern furniture" testify to a modern and sober style.
At the 1925 Decorative Arts exhibition, Montagnac took a stand on the Esplanade des Invalides, then he participated in the large lounge of the French Embassy.
The 1930s brought him prestigious orders for ocean liners: in 1931 a luxury bedroom and a lounge for the ocean liner "Atlantique" and four years later "the Caen suite" for the Normandy ocean liner, Montagnac took up the challenge, the quality of its cabinetry will please critics
In 1934, an article in "furniture and decoration" described other recent interiors emphasizing architectural lighting.
In 1930, he was appointed President of the Society of Decorative Artists, of which he organized the pavilion for the 1937 universal exhibition.
He died in 1961. 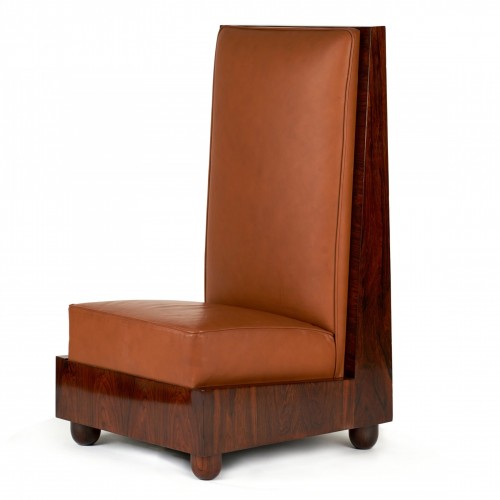 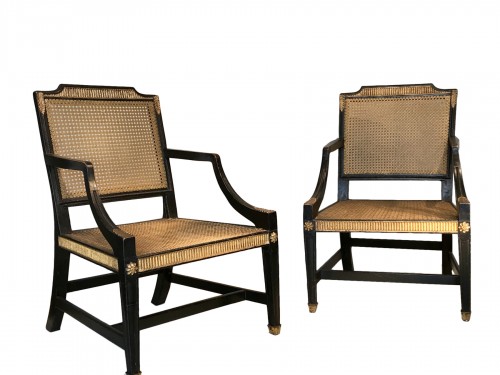