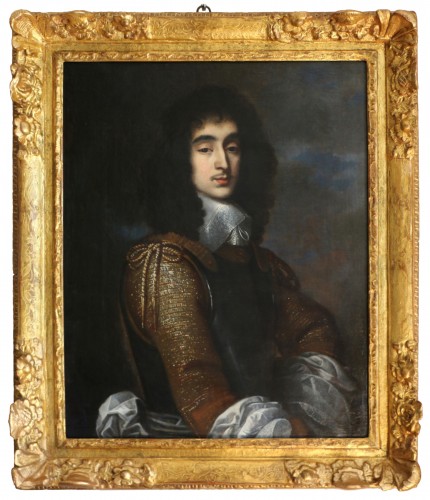 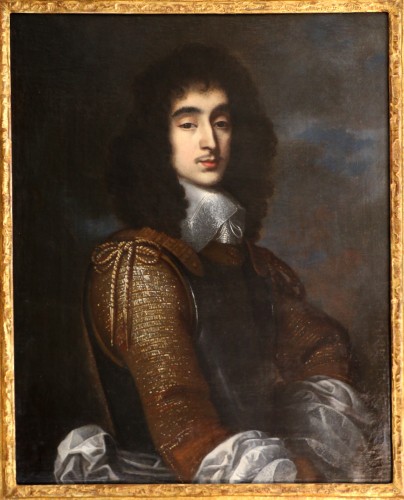 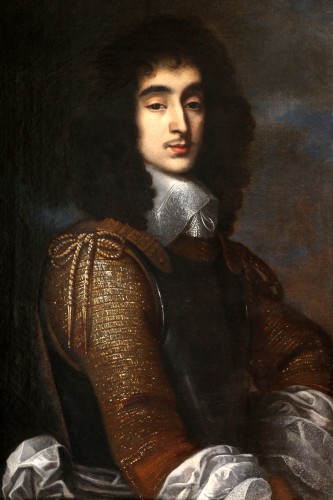 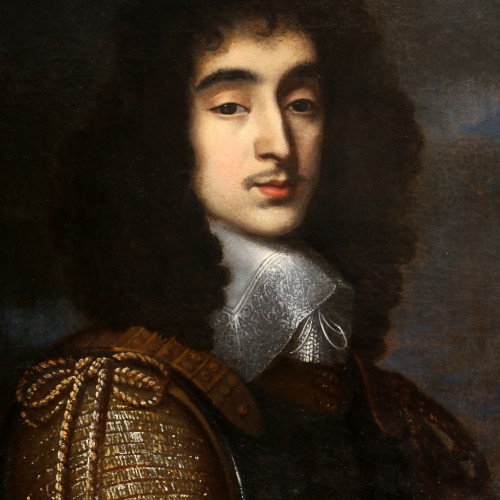 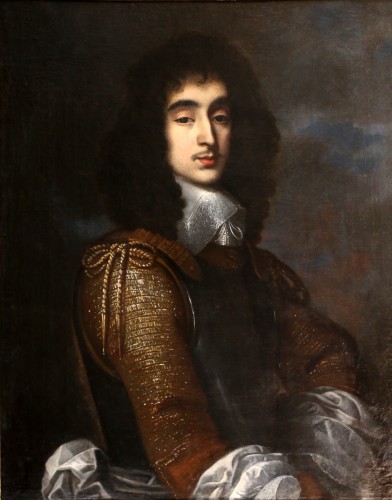 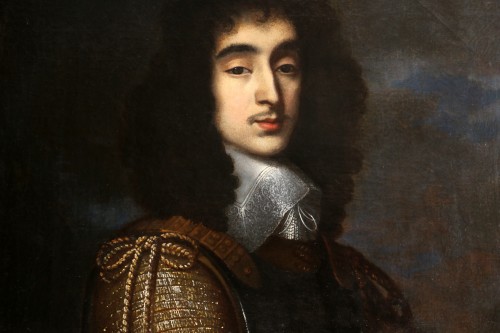 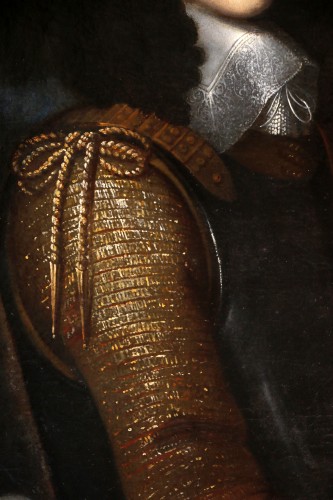 This portrait of a young man is a magnificent example of Gerrit van Honthorst's production in the latter part of his artistic life after having decided on an artistic turn to better please his wealthy clientele. The style is smoother than before. We owe him many portraits of this period.

Son of an upholsterer painter, he was a pupil of Abraham Bloemaert in Utrecht. He went young to Italy where he was strongly impressed by the very vigorous conception of Michel Ange and by the powerful light effects of Caravaggio. From 1610 to 1621, he acquired a fame in Rome which earned him the nickname "Gherardo de la notte". He notably painted murals in the Santa Maria de la Scala church.
Returning to Utrecht in 1622, he joined the painters' guild and opened a school attended by the highest society.
In 1628 he was called by Charles I. For this stay in England we owe him many portraits and to have participated in the decoration of the palace of Whitehall with notably allegorical subjects.
He returned to Holland, he settled in The Hague in 1637. He succeeded Mierevelt as official painter of the court until 1652. He then participated in the decoration of many princely palaces and continued to carry out numerous portraits (princes of the Orange House, king and court of Denmark ...)
He retired in 1652 to his hometown having acquired a considerable fortune.

We can distinguish two main periods.
The first is inspired by the work of Caravaggio, the characters are generally lit by the artificial light of torches, lamps, candles with a powerful opposition of shadows and lights in a setting of chiaroscuro. Honthorst is not unworthy of his famous model, he does not seek to achieve grandiose major religious compositions of Caravaggio but prefers genre scenes, drinking, fortunetellers and other popular subjects.
In the second period, which interests us with regard to our portrait, it sometimes returns to its nocturnal manner while offering a smoother style, more in the taste of wealthy families of the time who seek portraits made by an undisputed Master of the golden age of Dutch painting. 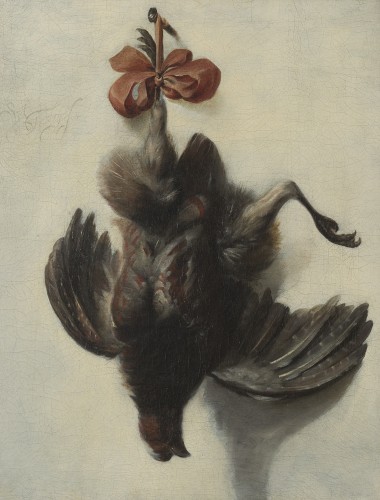