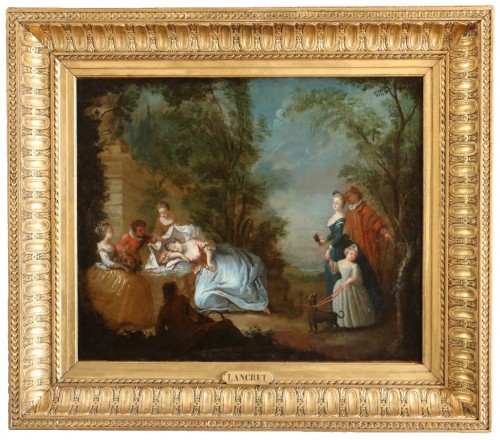 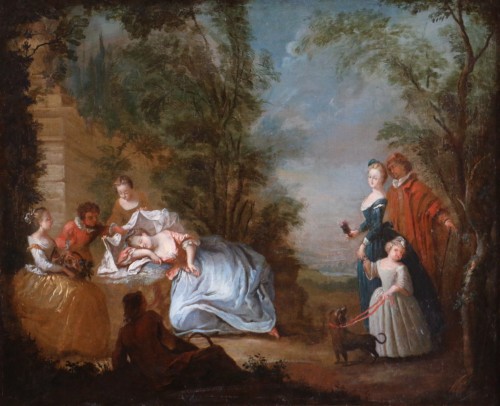 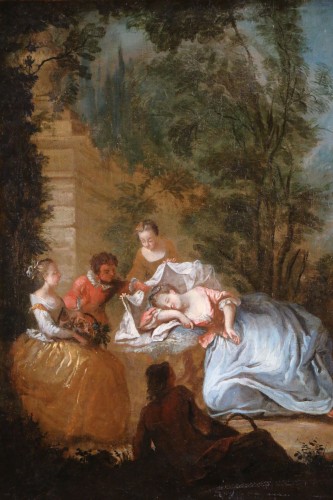 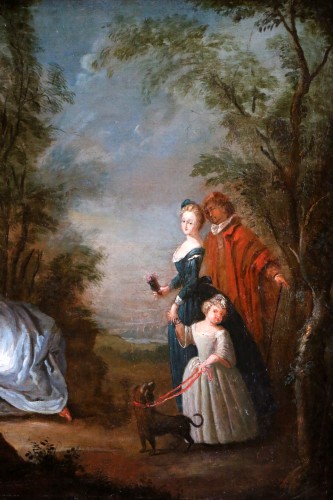 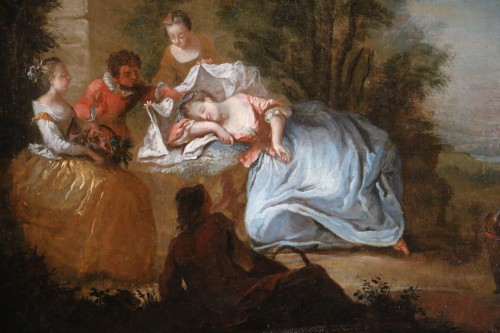 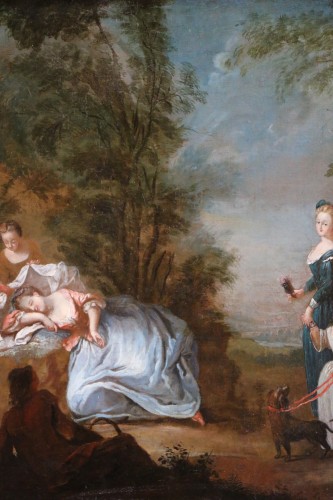 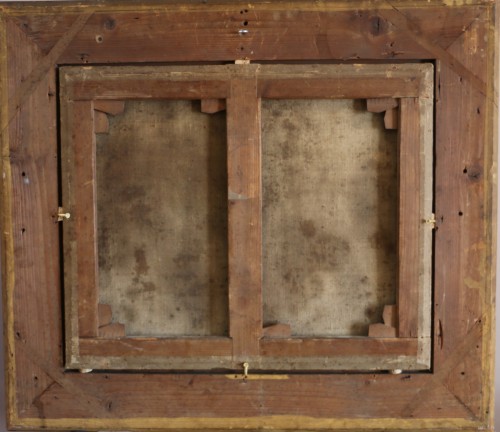 Son of Robert Lancret (1645-1695), coachman then controller of the Saint-Antoine gate, Nicolas was destined from a young age for the profession of hollow engraver. He received for this purpose from his older brother François-Joseph Lancret (1686-1752), who was a master engraver, the first drawing lessons for which he displayed rare skills. He then obtained from his parents to abandon his profession as an engraver for painting.
He first entered the workshop of Pierre Dulin, professor of the Academy, then took as master the painter Gillot whose Watteau was the pupil. This one binds with Lancret and advises him to leave the workshop, to take as guide only nature, to draw views of landscapes around Paris, and to invent compositions where he could use his studies. Lancret followed this advice, and the two paintings he produced received the approval of Watteau, as well as of the Academy which approved it on March 24, 1719.
This emulator of Watteau specializes very early in the gallant festivals. His brilliant masquerades, his talent earned him numerous commissions from major collectors, such as the Duke of Antin, the Count of Carignan, Crozat, the Count Tessin, Frederick II (who owned more than 25 paintings by the painter, including the Moulinet, Dance, Oxfoot Game, Ball (Berlin, Charlottenburg)) and the Superintendent of Royal Buildings.
Lancret works for Fontainebleau (Noce de village, 1737, in situ), La Muette (les quatre Saisons, 1738, Louvre), Versailles (Ham lunch, 1735, Chantilly, Condé museum). Very close to Lemoyne whom he admired, he only touched on history painting with rare exceptions: Chasse au tigre, 1736, painted for Versailles, Musée d'Amiens and the two sketches of the Louvre (the Lit de justice held at the majority of Louis XV, the Reception at Versailles of the Knights of the Holy Spirit)
Lancret is also inspired by Fables and Tales from La Fontaine, and he essentially retains from the Netherlands the somewhat familiar taste for genre subjects, treated in a lighter tone, although purely rustic scenes are more numerous in his work after 1736.
His portraits (the Bourbon-Conti Family, Illinois University, Krannert Art Museum) are treated as genre scenes. Likewise, Lancret, having a strong taste for theater, introduces scenes in a country setting, like Watteau.
His work is one of the most brilliant witnesses, by its note of humor, its lively touch and by the shimmer of its colors, of the taste of the society of the 18th century.