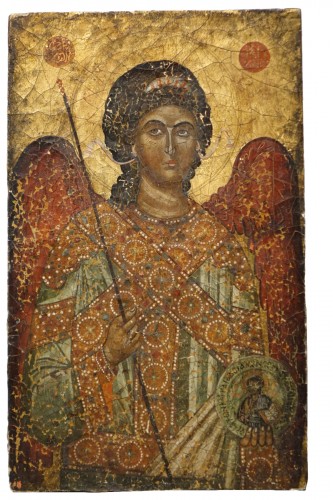 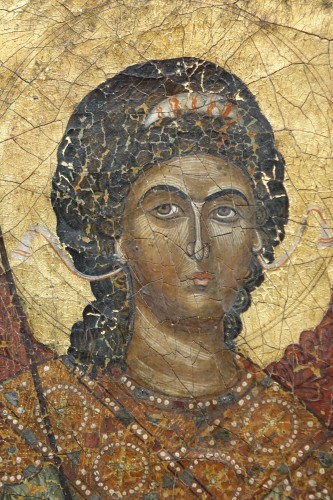 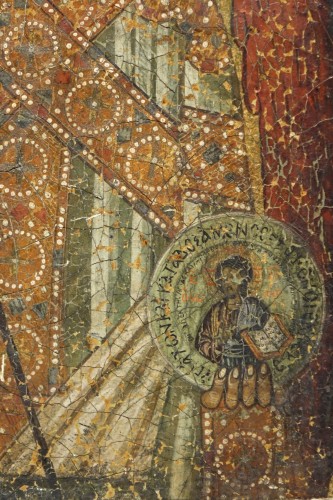 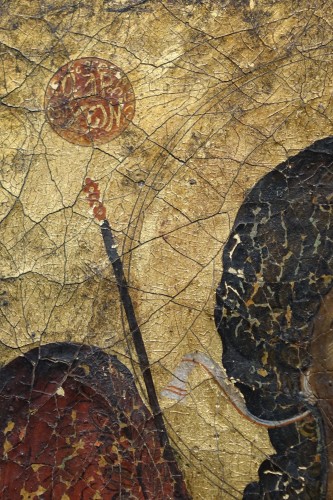 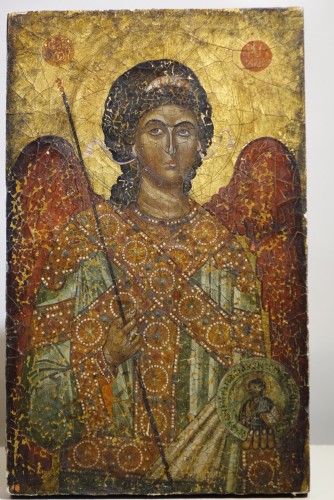 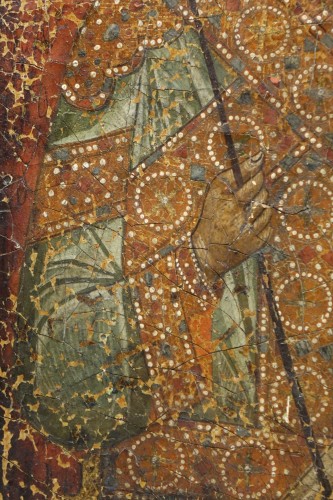 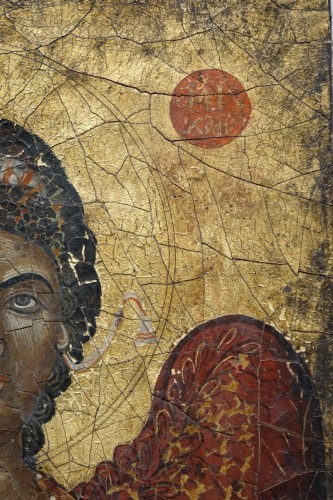 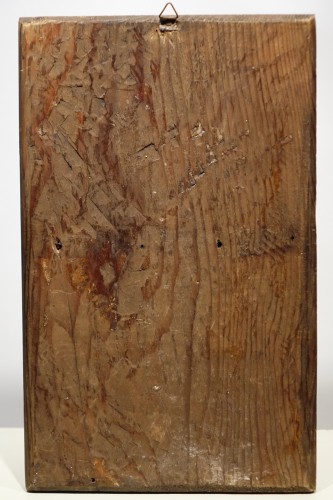 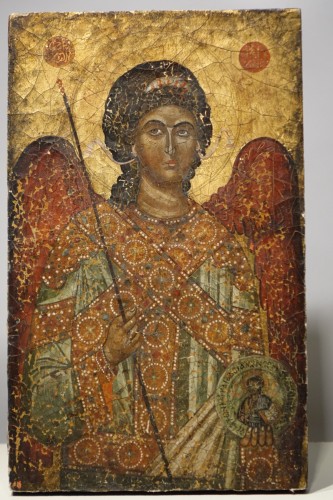 Michael is one of the 7 major archangels (with Gabriel and Raphael, in particular), of the Abrahamic religions (Judaism, Christianity, and Islam).
Leader of the celestial Militia of the Angels of Good, he is represented here with the balance of the Weighing of Souls on the day of judgment, judge and guide of the salvation of souls for Hell or Paradise (symbolic allegory of the final victory of good over evil).
Tempera ( pigments mixed with egg yolk and water) on a gilded background.
Greece, early 19th c. 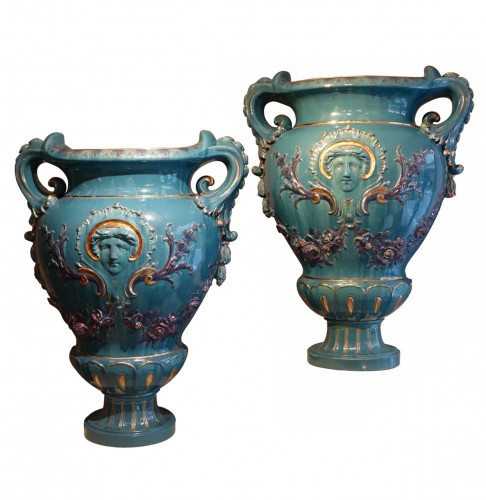 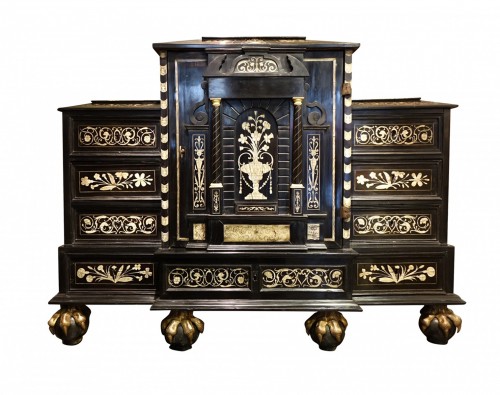 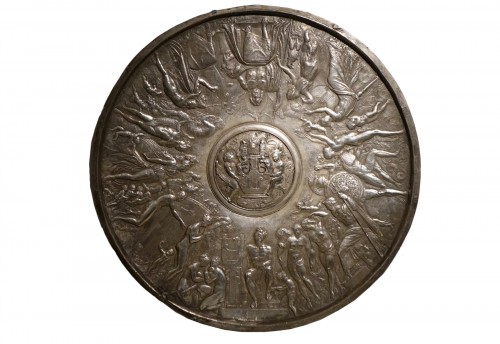 The Greek Pantheon, Galvanoplasty circa 1880 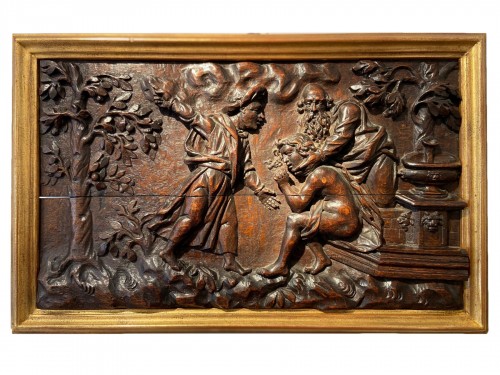 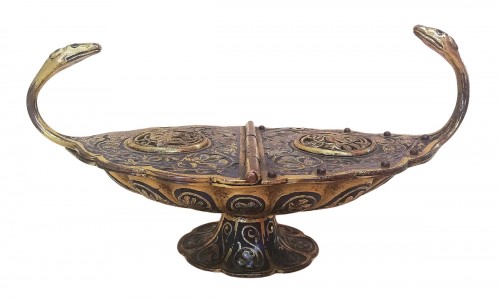 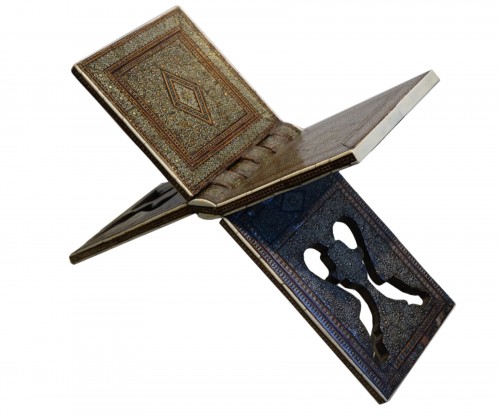