The handle, called ukiran, is made of carved wood covered with silver. It looks like a character from the Wayang theatre, known as the "Kingfisher" or "King Fischer". It owes its name to its particularly prominent nose - similar to a bird's beak.
Balinaux-type blade made of pamor, certainly "Prambanan" - a meteorite material, is wavy, which symbolizes a snake "the naga".
The upper part of the scabbard, called wrangka, is made of dark wood, ending in two lateral scrolled ears. Its sides are finely engraved with serpentine lines. The junction is decorated with a silver honeycombed yoke. The body of the sheath, called gandar, is made of selected light wood, with four silver rings and finished with a silver button.
Very nice condition.

The kris is a very masculine weapon. Social and wealth marker, it was also the object symbolically offered to a young boy who became a man.
The more the blade was worked and the more the handle made of noble materials, the higher the rank of its owner was.
The ukiran, carved anthropomorphically almost systematically, is considered an allegory of its owner. Thus, the head would be the handle, the body, the blade and the garment, the sheath. Note that the traditional garment of the Balinese man is the sarong - the same name given to the sheath of the kris.
The krss, endowed with magical powers, is considered as a vector of spirituality. It is transmitted through inheritance, which allows it to increase its power. 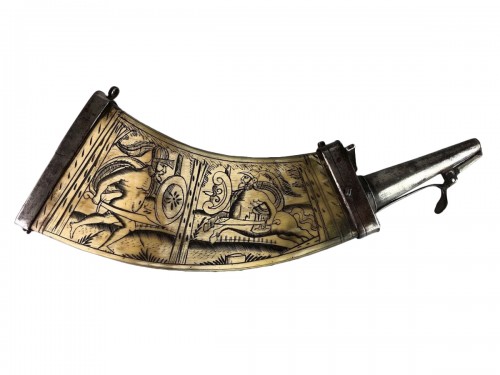 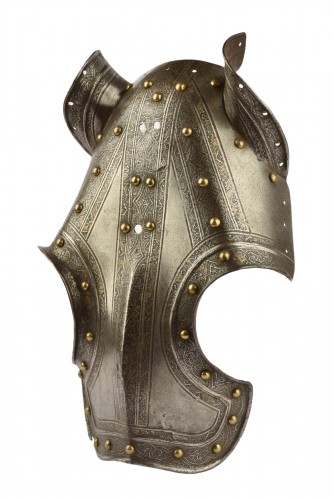 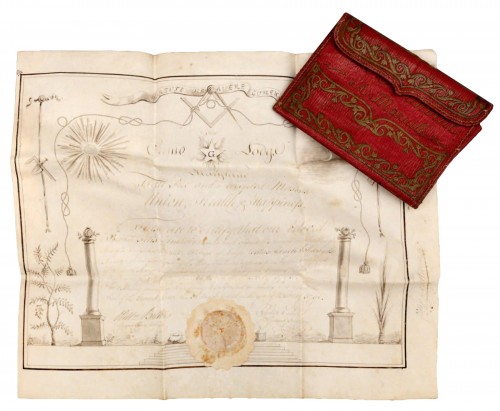 A rare Masonic certificate from the Grand Lodge of Maryland