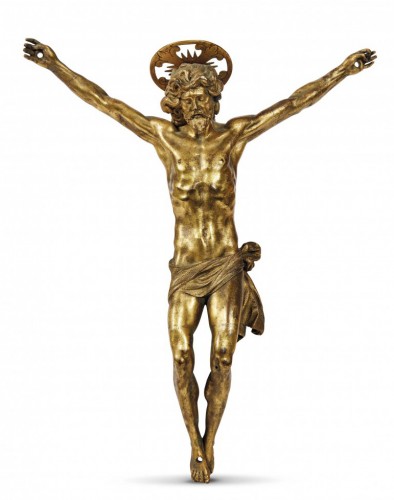 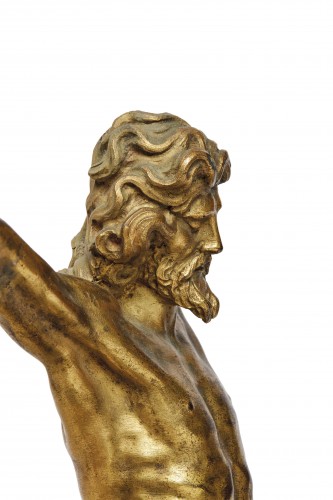 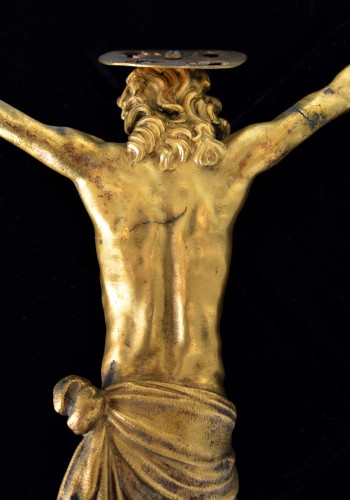 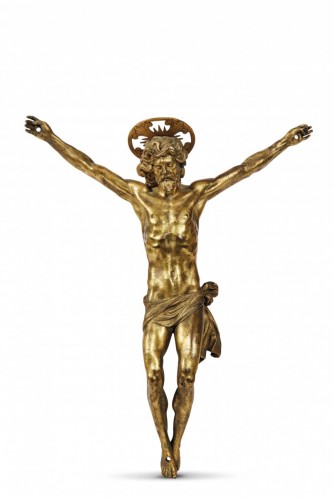 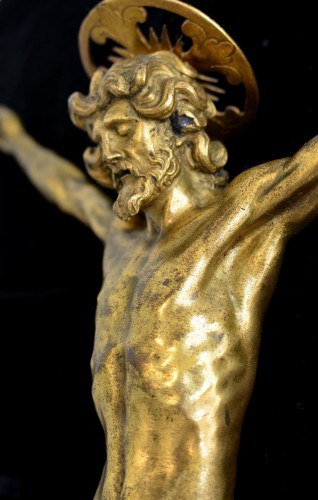 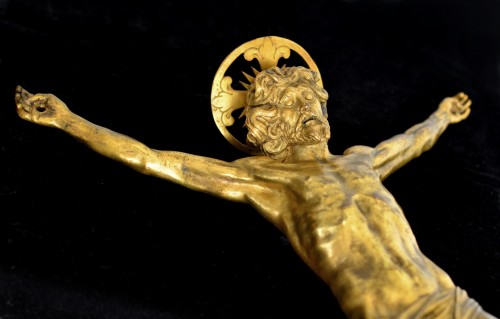 The eloquent physiognomy of this corpus evinces the quality of an able-hand and one probably subject to the Roman influence of Gugliemo della Porta and his circle, bearing the vestiges of Michelangelo's influence. Its remarkable detail and superbly modeled anatomy suggests a sculptor trained as a goldsmith. However, the work is not entirely Roman in essence. The facial character of this Christ features a thick brow-line, high cheek-bones, and wavy, thickly-modeled hair which suggests a Northern influence. It's possible its creator was a Northerner active in Rome like others of similar ilk who traveled from the North to Italy to work (Giambologna, Willem Danielsz van Tetrode, Adriaen de Vries, et al).

Only one finer example of this crucifix is identified, known by an example at the Metropolitan Museum of Art (MET Inv. 1981.76a–c), mounted to a bronze base by the Veronese sculptor Giuseppe de' Levi, ca. 1590-1600.

The striking character of this corpus, both noble and elegant and less explicit in its suffering, presents a fine blend of styles that establish a work considerably unique for its time. The present corpus follows closely with the MET's example, differing slightly with regard to the manner in which the perizonium wraps around Christ's proper-left hip and in the degree of attention to cold-working of the bronze. 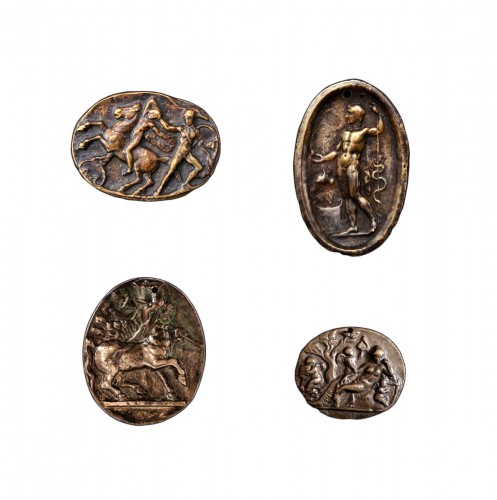