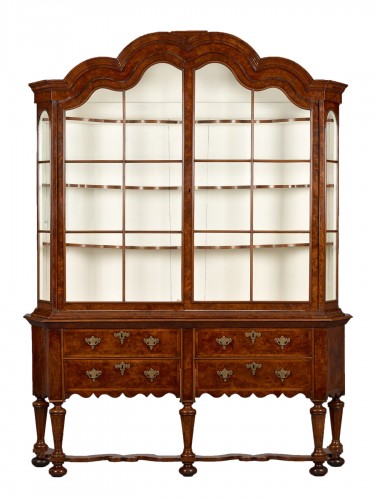 A Dutch porcelain or display cabinet featuring an open frame with five tapered column legs connected by a stretcher (entretoise) and a wall cabinet with two framed glass doors.

The lower section has bevelled corners and stands on flattened ball feet at the front. With four drawers à traverse in two layers, each with an engraved brass key plate and pull handles.
The upper section – the wall cabinet – has two doors with six windows each. The bevelled sides each have three windows. The hood is curved.
The doors follow the line of the hood at the top. The doors close into each other beautifully, without a door liner. The lock, with an engraved brass key plate, is located on the centre post.
The interior of the wall cabinet has a bottom shelf and three scalloped shelves, each with different grooves in which porcelain dishes can be placed.

This porcelain cabinet, dated around 1740, was undoubtedly crafted in the Netherlands, although it also shows a clear English influence.
The oak heartwood, the walnut veneer (at a time when the English were already frequently using mahogany) and the base cabinet are Dutch. But the placement of the keyholes at the top of the drawers, as well as the shape and material of the engraved brass fittings, display a strong English influence.
The close political and trade relations between England and Holland from the time of William and Mary (1682-1702) naturally played a role in this double influence, but, contrary to what has been believed for a long time, the English influence on Dutch furniture continued well into the first half of the 18th century.
It’s no coincidence that from 1711, the Hague cabinet makers were obliged to make an “English cabinet” as their masterpiece in order to be admitted to the cabinet makers guild. 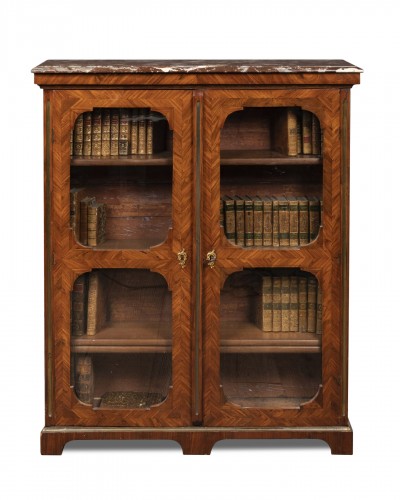 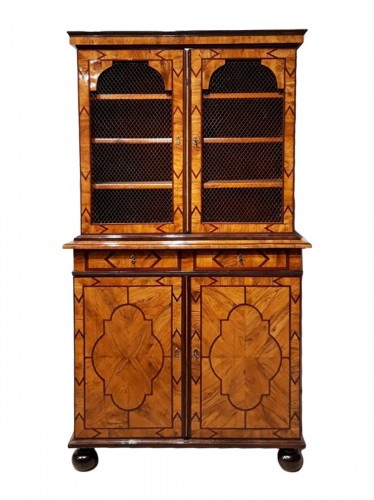 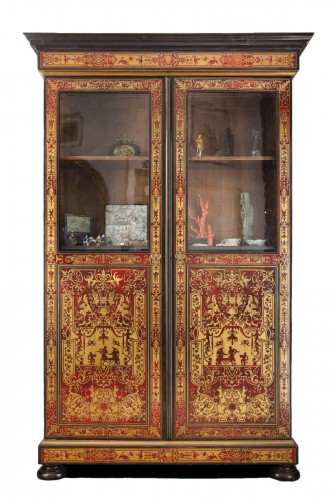 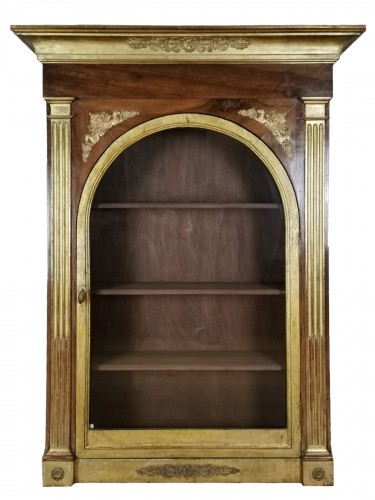