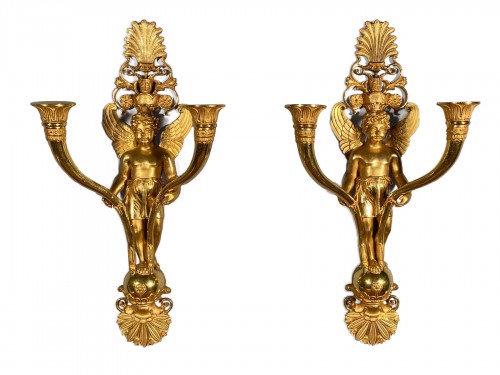 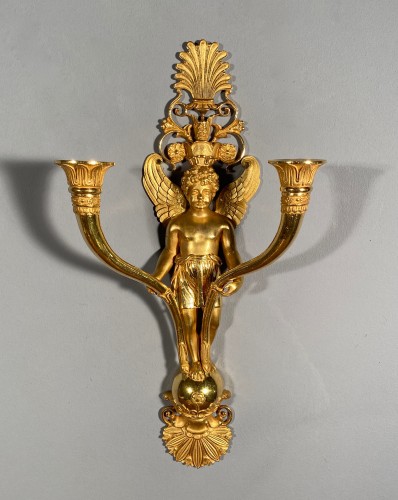 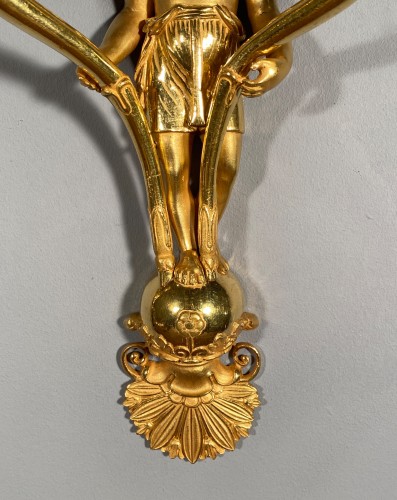 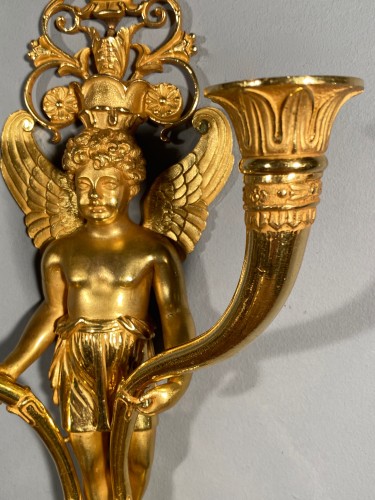 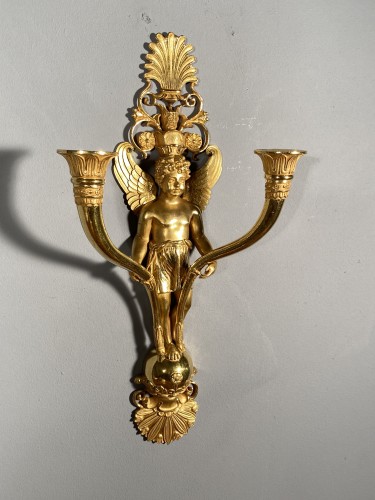 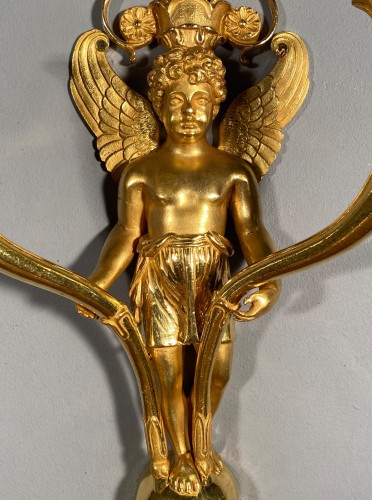 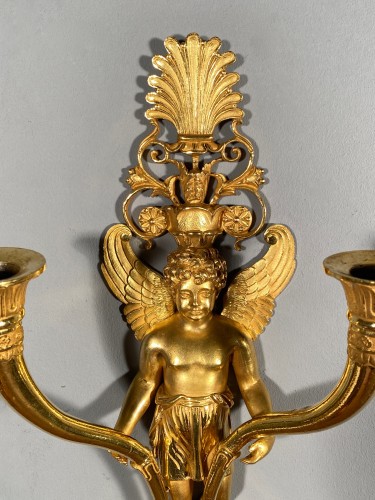 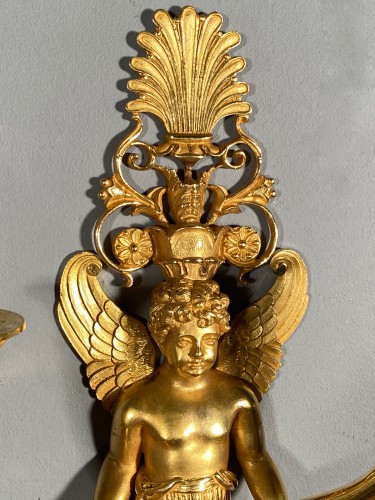 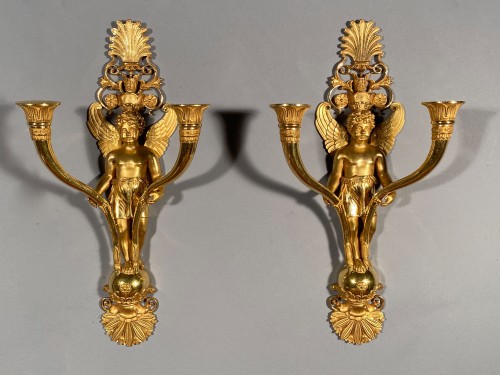 Rare pair of finely chiseled and mercury gilt bronze sconces.
The two arms of lights supported by children dressed in loincloths standing on a globe.
The plates finished with openwork palmettes.

Perfect state of conservation, without any restoration or welding.

Parisian work from the Empire period attributable to André-Antoine Ravrio. *


* André-Antoine Ravrio (1759-1814) belonged to a family of famous artists linked with cabinetmakers Van der Cruse. His cousin, the painter Henri-François Riesener, made two portraits of him today kept in the painting department of the Louvre. Ravrio had chosen his father's trade, that of bronzier, and very quickly became a sought-after craftsman at the end of the Old Regime. Under the first Empire, he became widely known and became, along with other bronzers (Thomire, Galle, Feuchère), official supplier to the Imperial House. The furniture repository placed orders with him for the Château de Fontainebleau and he worked for Murat, the Bonaparte family and foreign courts.

The pair of wall lights that we present is a model of the greatest rarity.
With a very pleasant subject of children, they are characteristic of the purest Empire style in vogue in Paris in the 1810s.
The quality of the mercury gilding and its great freshness allow us to present them in the same condition as when they left the original workshop. 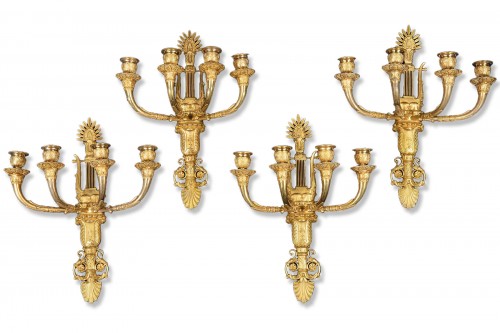 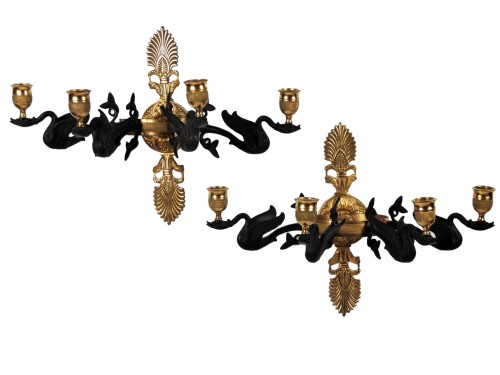 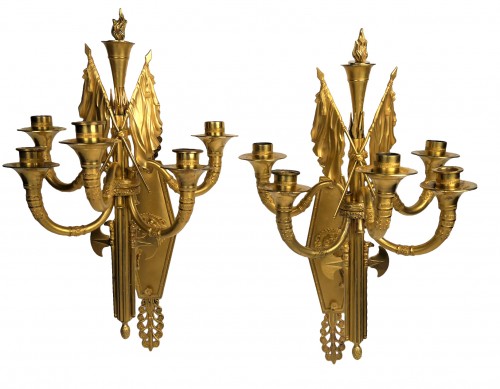 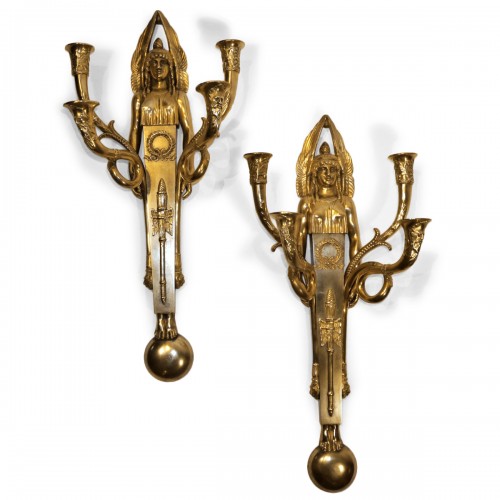