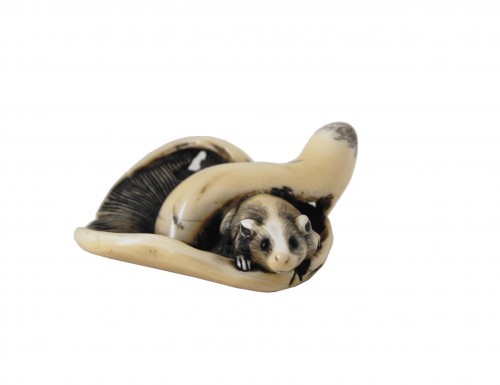 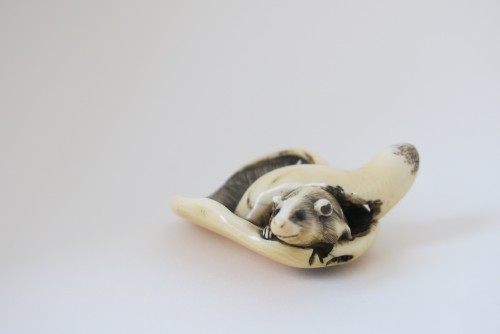 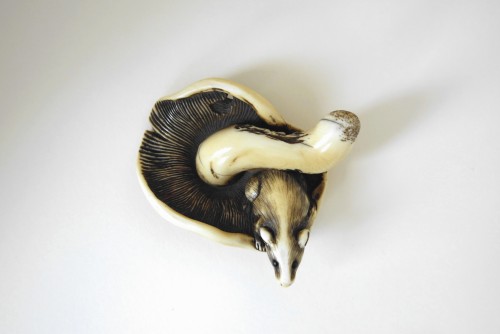 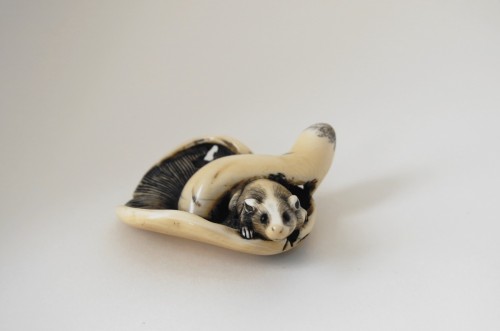 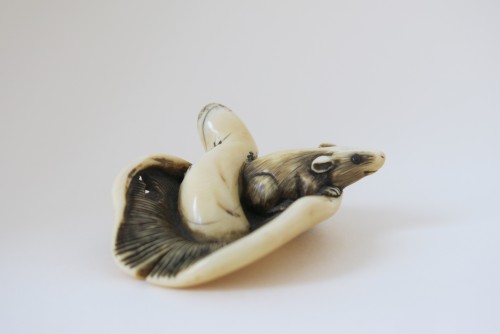 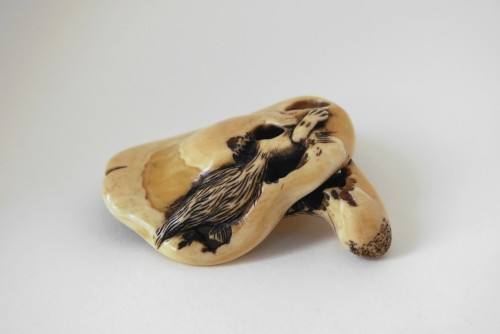 NETSUKE – A very fine and unusual ivory carved modele of a little squirrel on a mushroom. The creature, his eyes inlaid, shown crawling throught a large gnawed hole in the mushroom to see on the back his long and bushy tail and his small paw. L : 1.9 In. Japan Edo (1603-1868) end of 18th century, early 19th century. 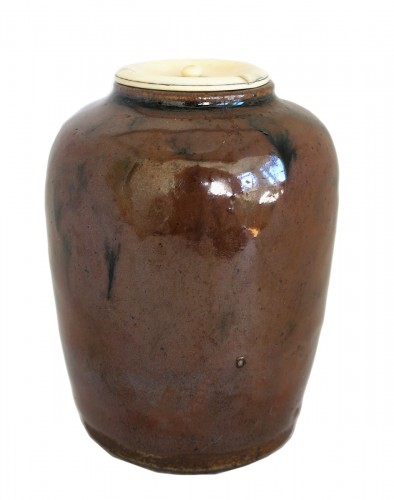 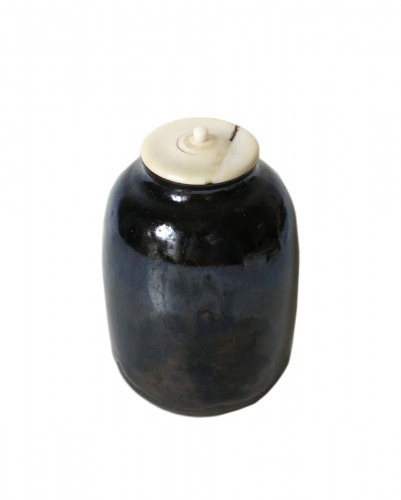 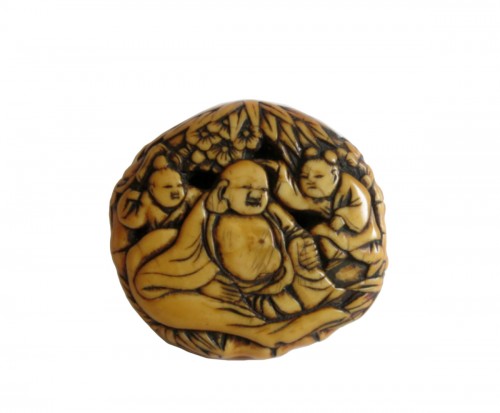 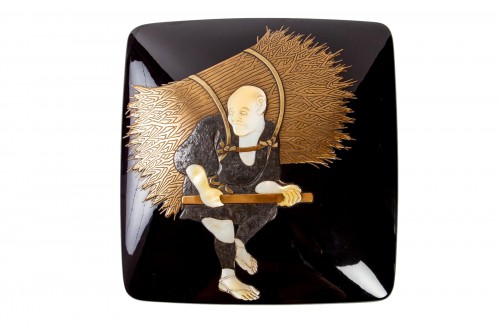 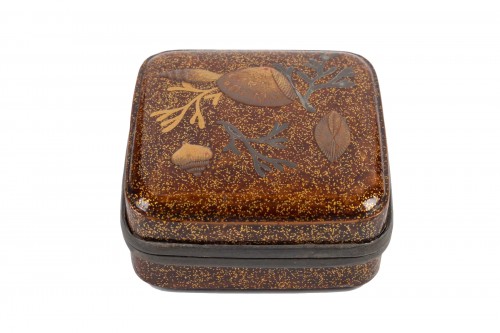 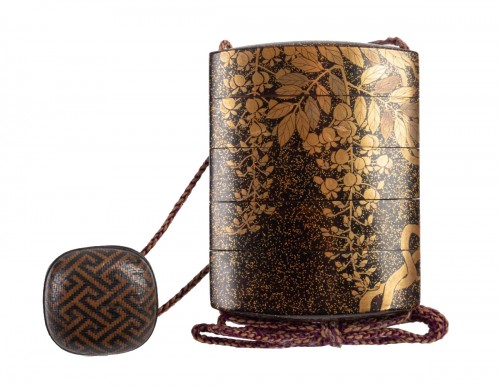 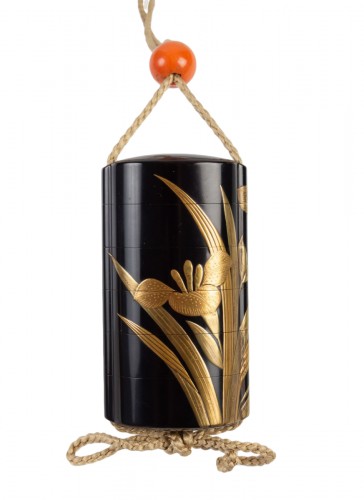 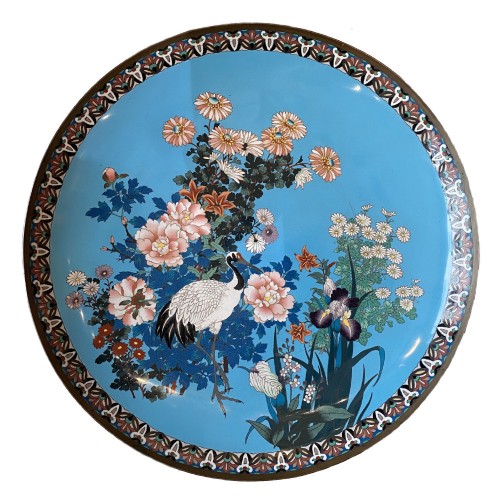