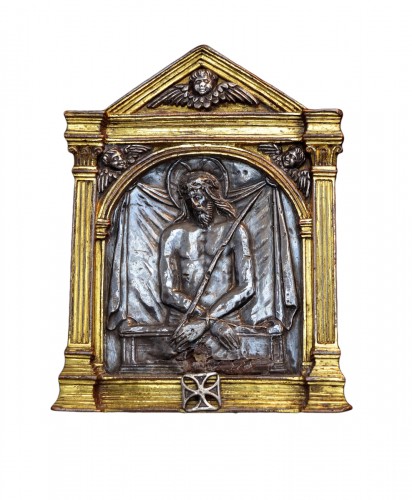 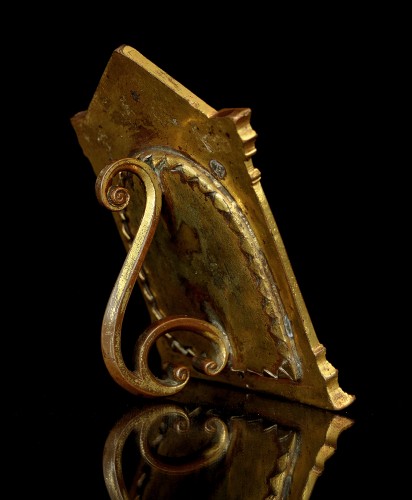 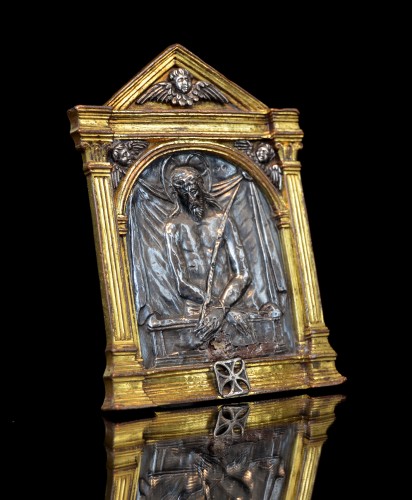 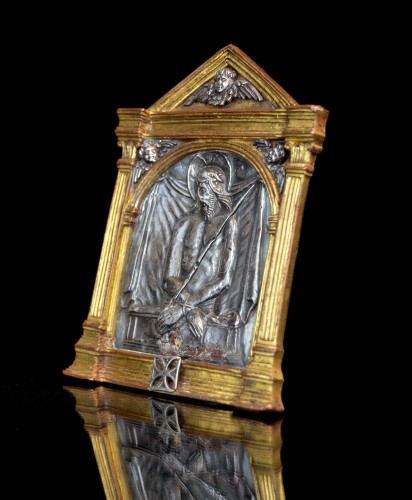 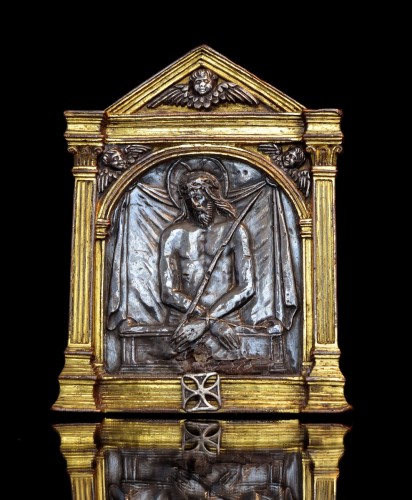 Paxes were small objects held-in-hand and kissed by the congregation during ceremonies. They were often made by regional goldsmiths for churches or commissioned by wealthy patrons as donations to important churches throughout Europe. They were popularly used up until the mid-to-late 17th century.

The present pax depicts Christ as the Imago Pietatis, a subject widely popular throughout Renaissance Europe. The subject espouses Christ's humility and empathizes with the suffering pilgrims and peoples of old Europe.

A Spanish attribution for the present pax is designated by the inscription along its base, 'cobre,' meaning 'copper.' Also suggestive is the use of humbly designed putto appliques along the upper arch as found on other paxes originating in Spain. Further, the incorporation of a cross, in this case, the cross pattée, along its base is also a traditional feature common to paxes made in Spain. The original finials atop this pax have been excised.

Condition: Contemporary repouseé silver relief applied to a wood backing, cast silver appliques and entirely gilt copper pax frame and handle. Minor losses to gilding and some tarnish present within the recesses of the silver parts. Damage to the nose of Christ and losses along the lower central portion of the tomb, exposing the wood beneath. The word “Cobre,” probably later chased into the lower underside of the pax base, indicating its presence in Spain and the material in which it was cast (copper). Finials atop the left and right of the pax have been excised at an early date. 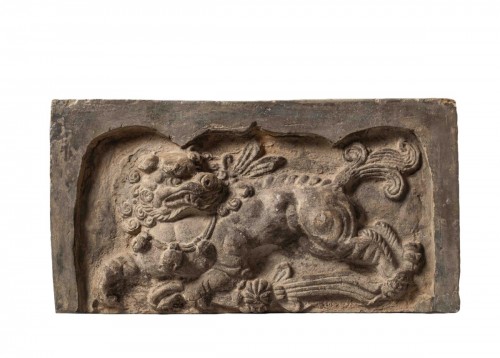 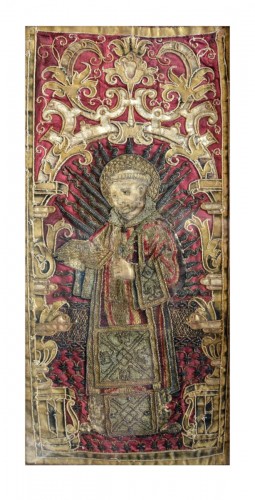 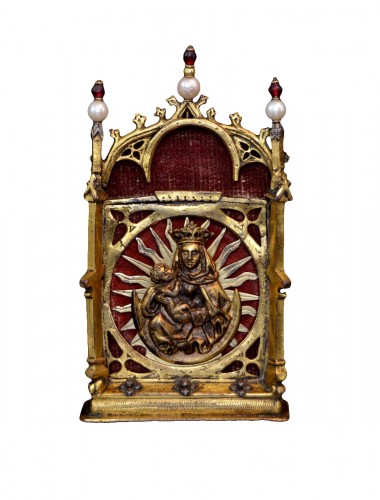 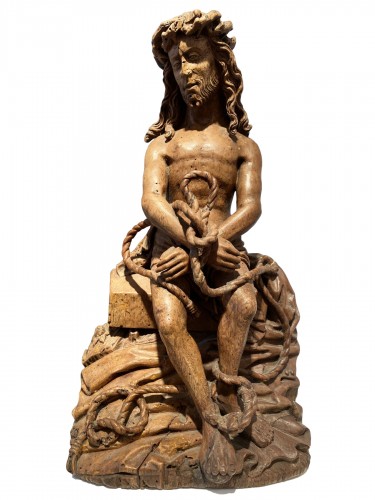 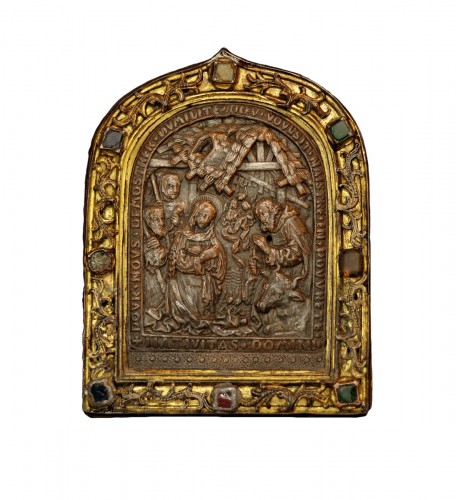 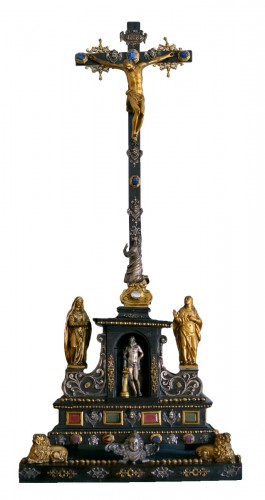 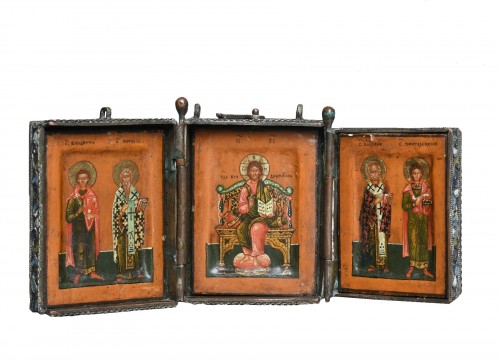