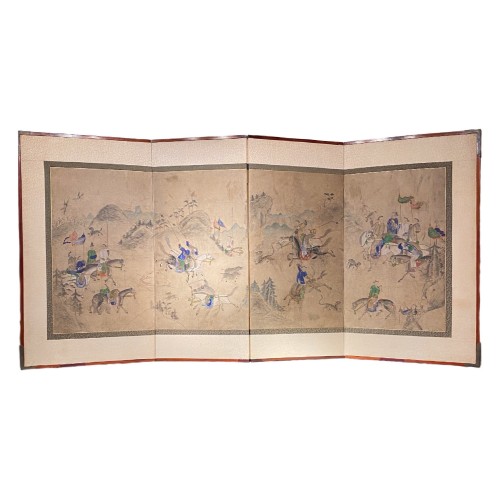 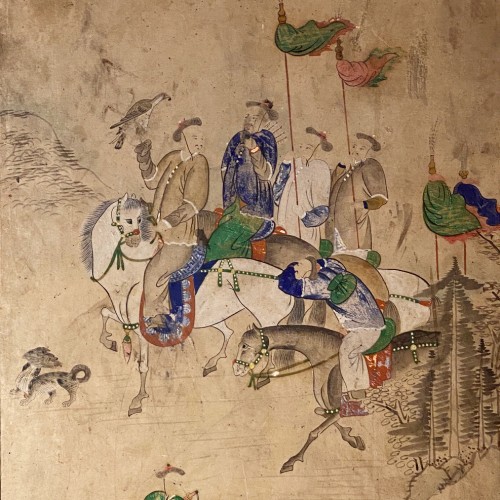 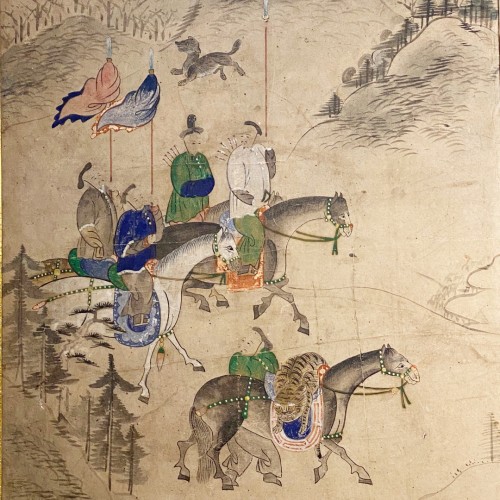 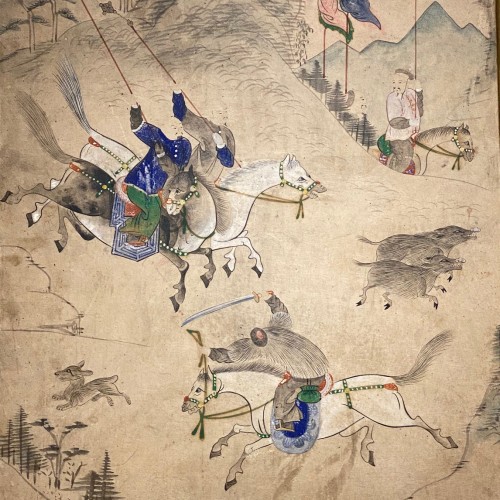 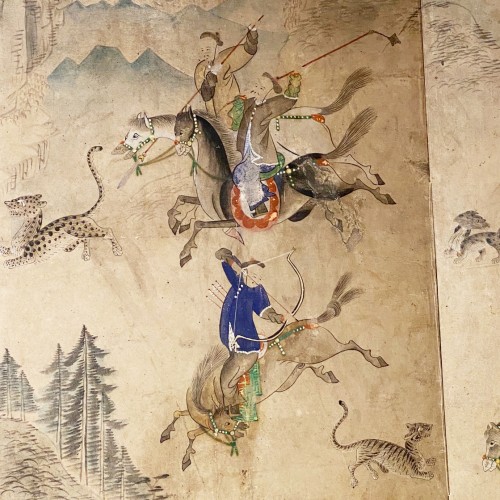 The Manchu emperors of the Qing dynasty used the hunt as a military exercise to train their troops in the traditional martial skills of archery and horsemanship. This was a favorite theme in Korea in the early 19th century
80 x 160 cm.
ink and color on paper. Later framing.
Korea, Joseon period , early 19th century 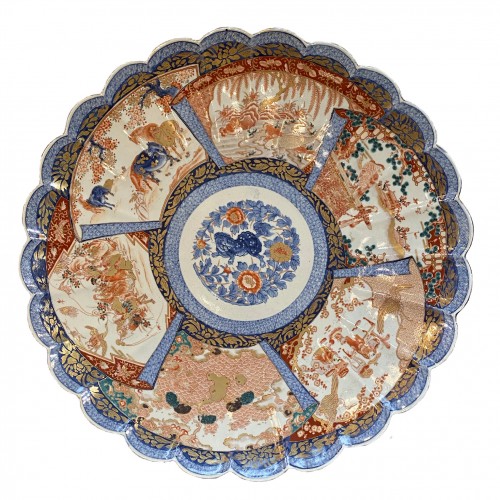 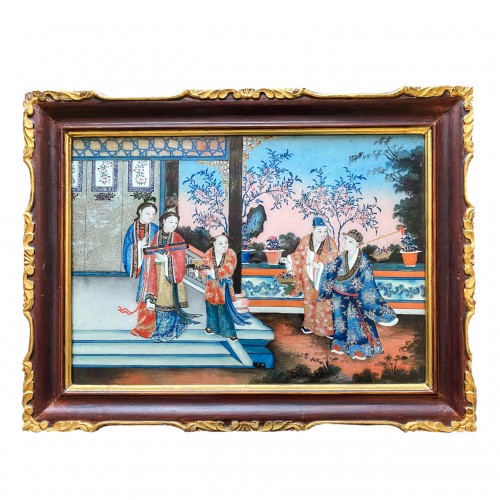 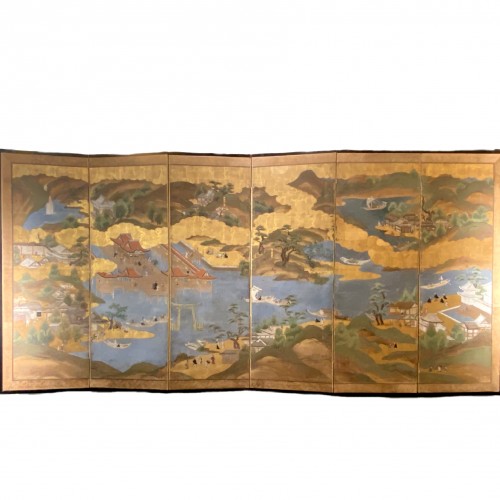 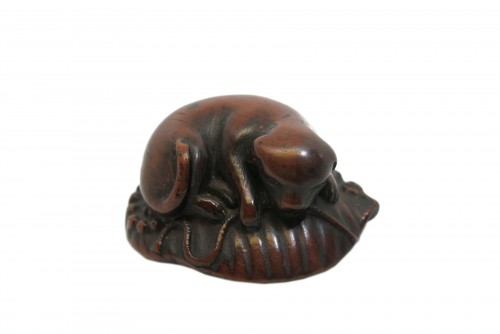 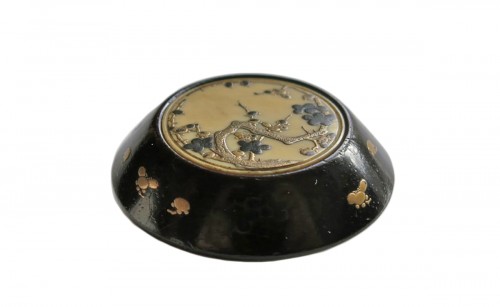 NETSUKE - A delicate model of a Kagamibuta Japan Edo 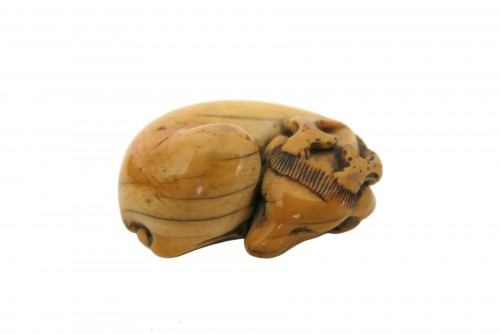 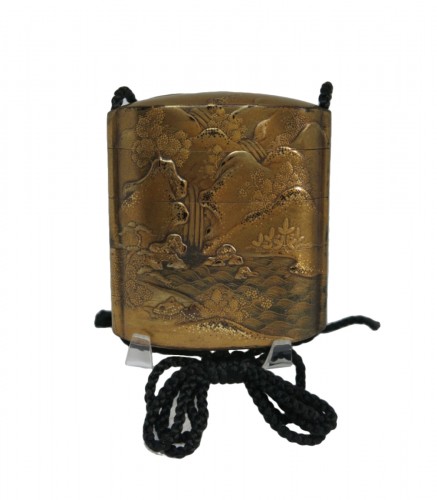 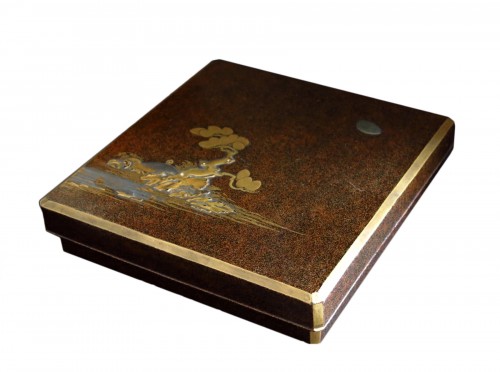 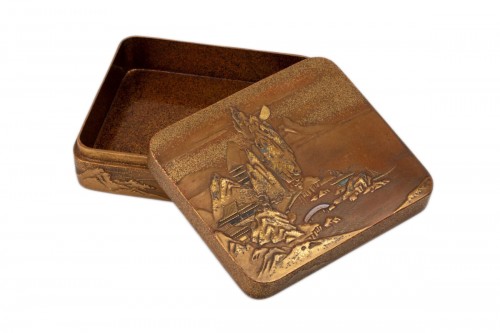