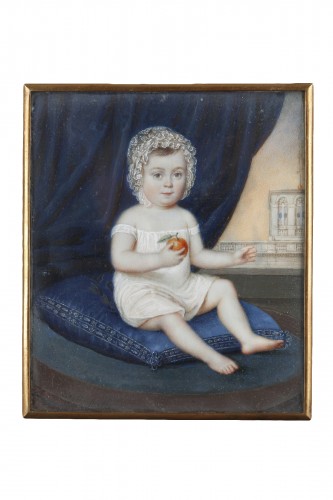 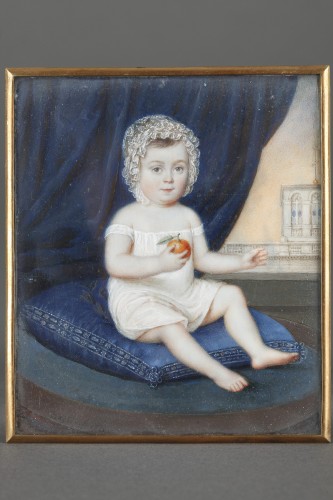 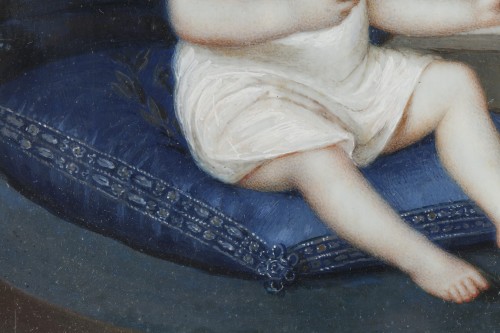 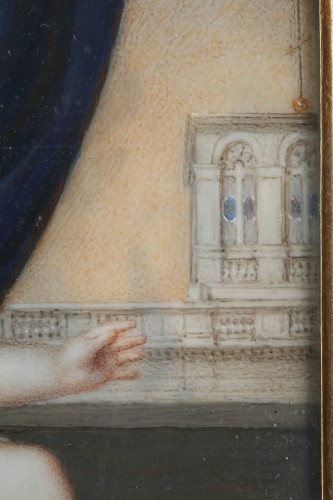 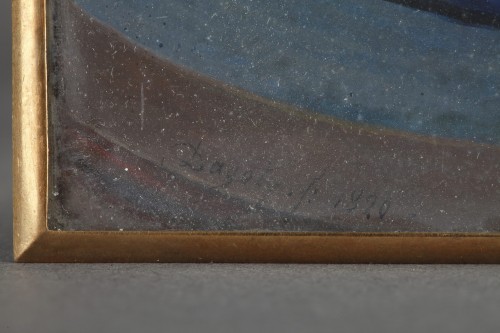 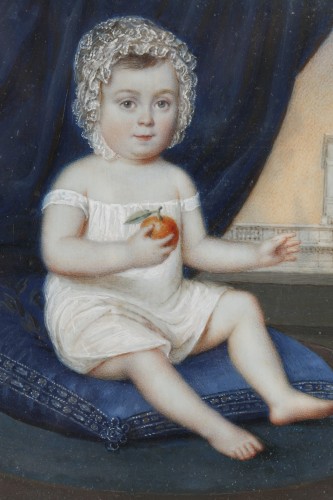 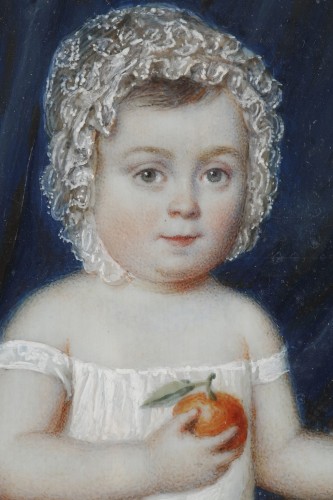 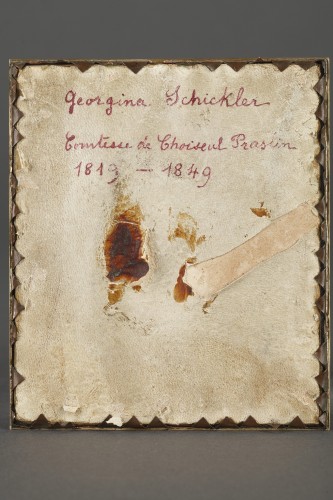 An exceptionnal rectangular miniature on ivory depicting a child's portrait seated on a blue cushion, wearing a white tunic and lace cap. The child holds an orange in his main right and the other main show a palace. A blue velvet curtain opens on this palace, this loggia.
The miniature is signed by Dagoty and dated 1820.
It is a portrait of Georgina Choisel-Praslin (1820-1849) daughter of Jean-Georges Schickler and Arthur de Schickler's sister. In 1840 she married Count Edgard de Choiseul-Praslin.
The Dagoty family is famous for its painters and in particular Pierre-Edouard Dagoty (1775-1871) talented miniaturist who befits the portraitist of the bourgeoisie and the aristocracy at the early 19th century. He worked in particular in Bordeaux with his daughter Julia a miniaturist around 1820- 1830 where the Schickler family had a castle.
H: 3.7 in. (9.5 cm). L: 3.1in. (8 cm).
14 k. gold frame 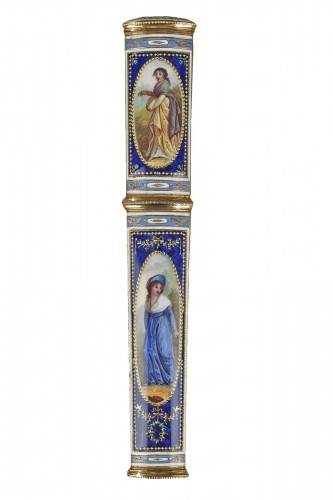 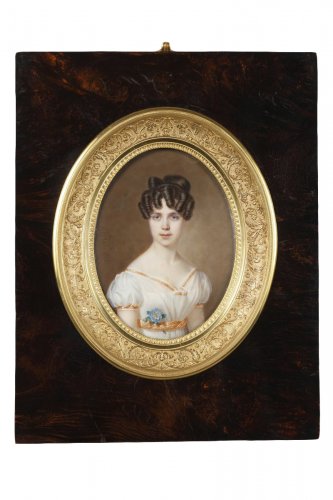