Pendulum "the lesson of Astronomy" in gilded bronze, 18th century 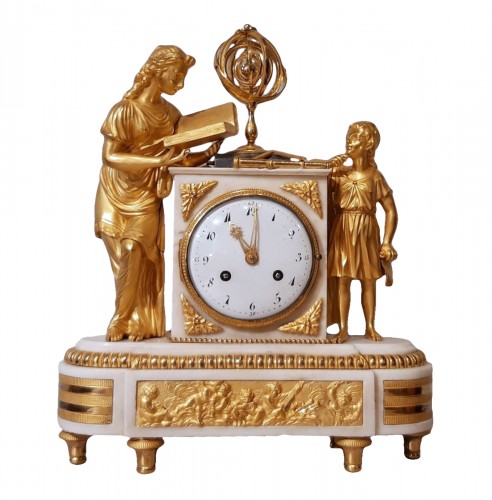 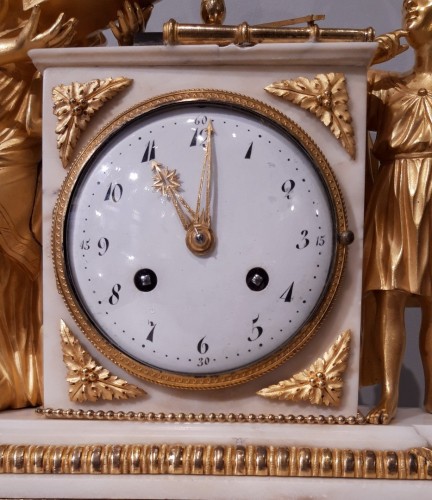 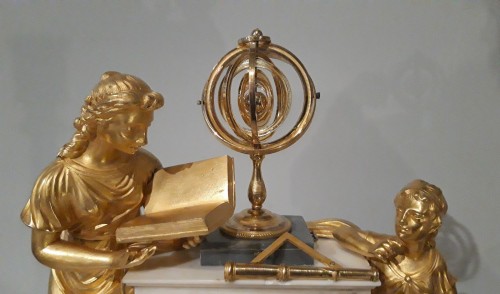 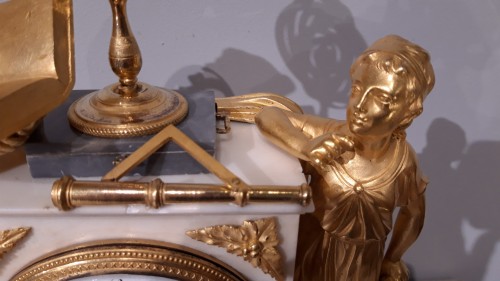 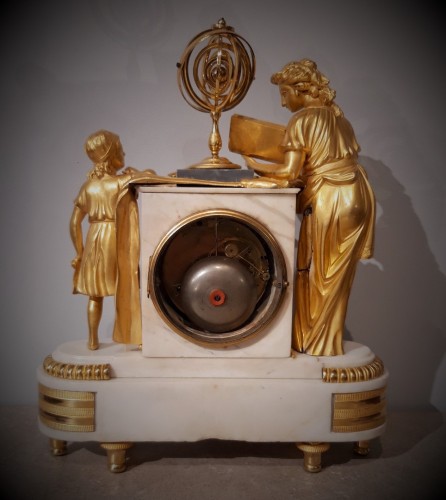 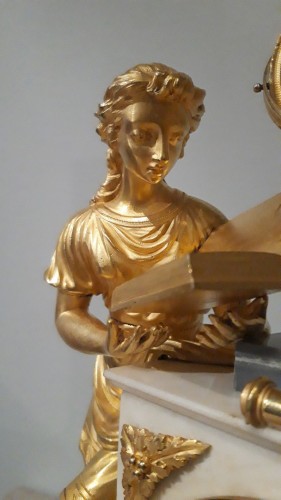 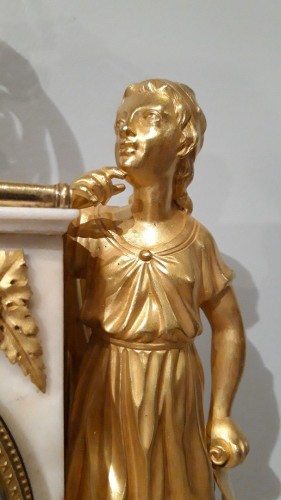 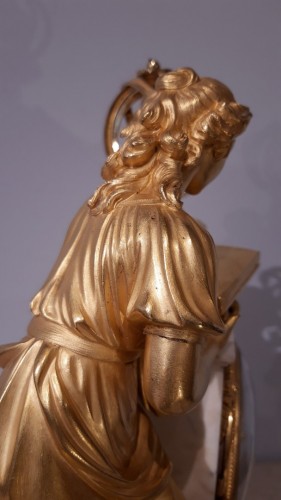 Very nice Louis XVI pendulum representing '' the lesson of Astronomy '' in gilded bronze and white marble.
The decoration represents a young woman, draped and styled in the antique style, interrogating an open book to a child, located on either side of the movement; at the top an armillary sphere, a telescope and a square symbols of Astronomy.
The set rests on a base decorated with a frieze of putti musicians and six spinning tops.
The dial is in white enamel and indicates the hours in Arabic numerals by two finely chiseled hands with a stellar pattern.

The armillary sphere is an ancient astronomical instrument in which the main "circles" of the heavens were formed by means of metal rings. It is a symbol of the universe, and an attribute of Astronomy, one of the seven Liberal Arts with Grammar, Logic, Rhetoric, Geometry, Arithmetic and Music.
Astronomy is also the domain of Urania, one of the nine muses, which has the same attributes (armillary sphere, compass, sextant, spotting scope, square) 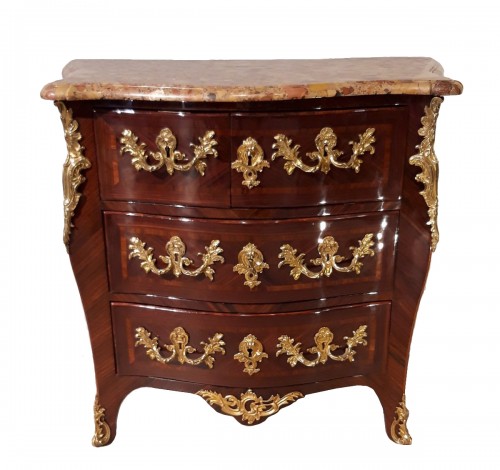 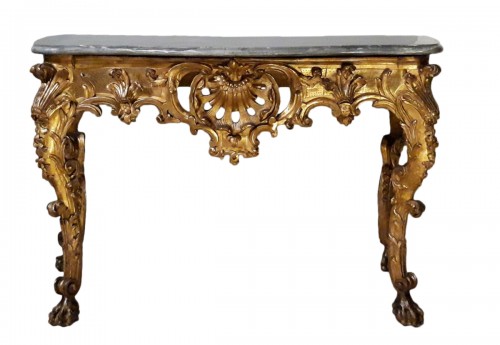 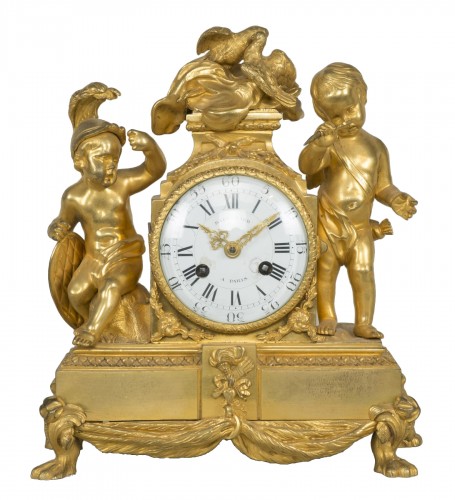 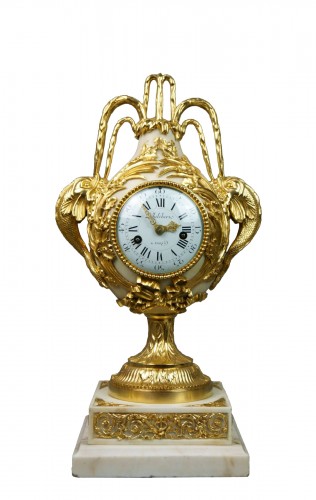 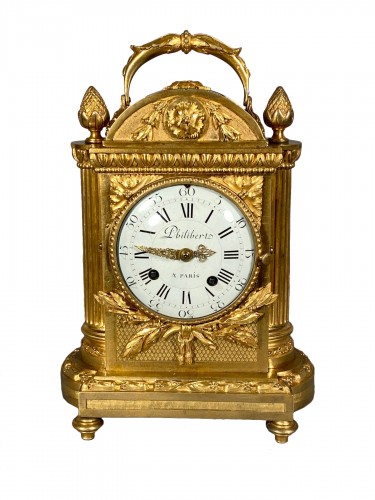 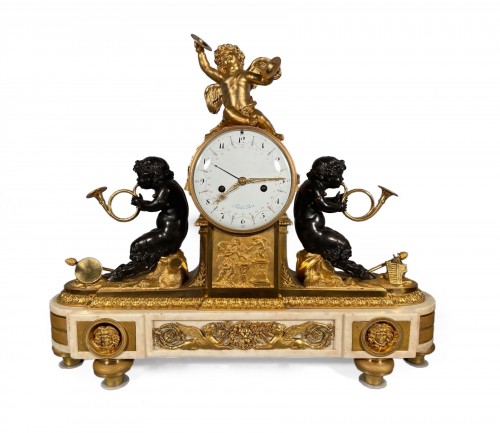