This is a typical monochrome seascape by the Haarlem painter Pieter Mulier the Elder: shipping on choppy waters under a vast clouded sky. His son, Pieter the Younger, became an important marine painter in Italy.

Our picture is also a sharp political allegory: at left the Dutch ship proudly sails ahead in heavy weather, while at right the Spanish ship suffers from battering waves and strong winds. Eleven days after Mulier died Spain recognized an autonomous, independent Dutch Republic. Holland had fought during 80 years against the Spanish oppressor. 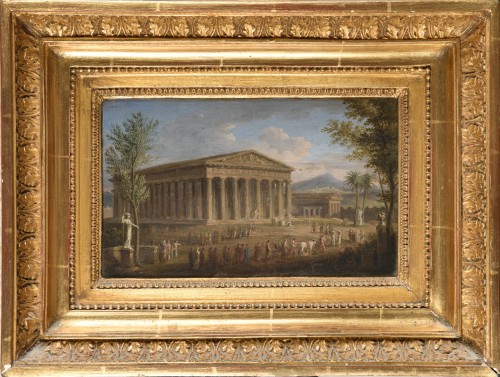