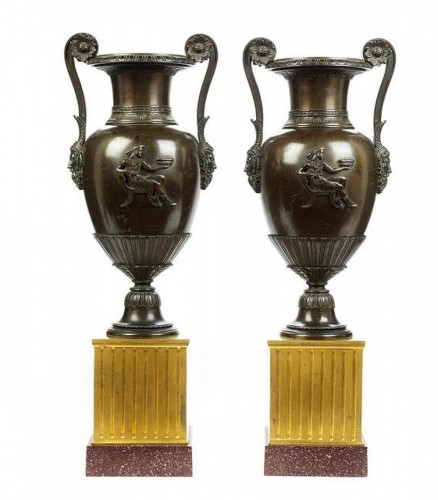 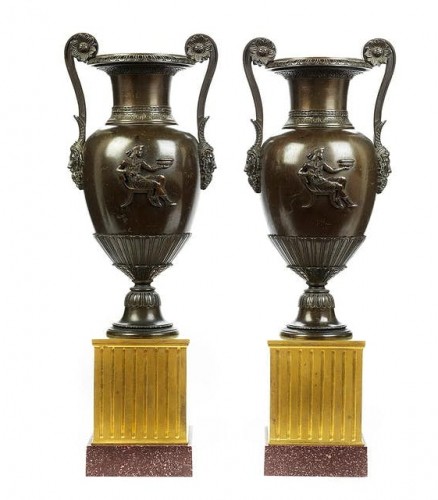 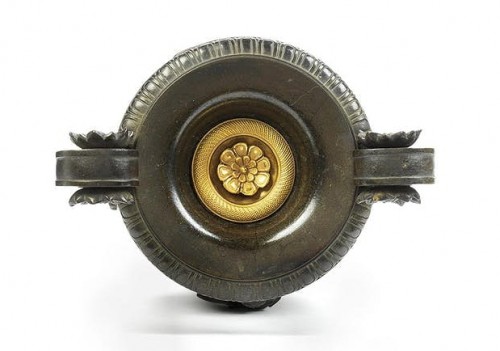 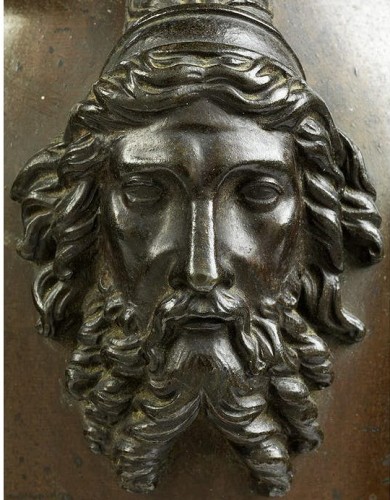 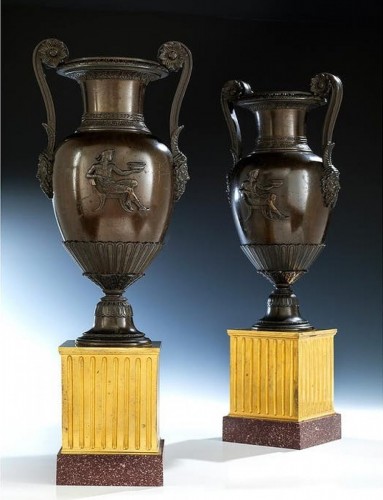 Crater vases during antiquity were used to mix wine and water, because wine was never drunk pure.
Many Greek vases used this form which allowed painters to arrange their decorations in registers.
From this shape, several variants were declined at the level of the handles and one of the most beautiful is the crater with scrolls which bears its name from the shape of the handles which start from the edge and go up describing a scroll.
The "François" vase is the best known example.
The rediscovery of antiquity in the middle of the 18th century led the European aristocracy to want to improve their education, this is how certain young people had the privilege of touring Europe to improve their knowledge. and lingered in Italy to discover the ancient masterpieces.
All these discoveries influenced European arts and this pair of vases is the testimony. 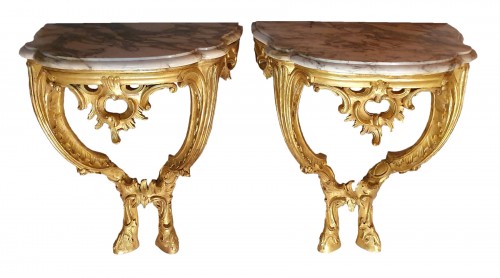 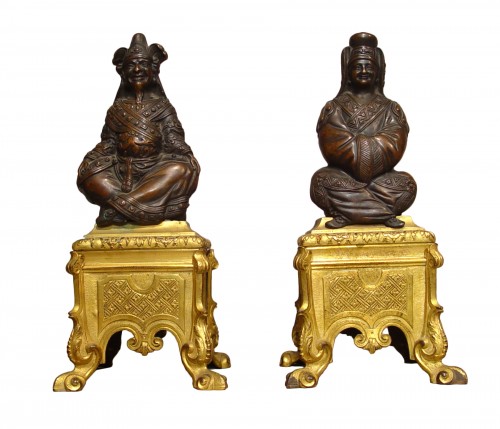 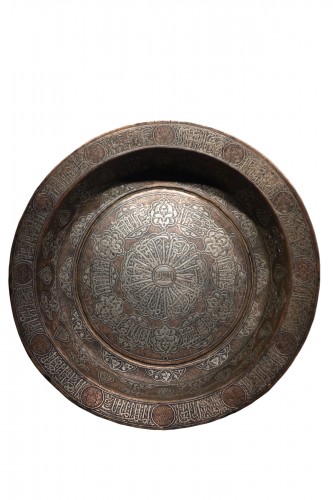 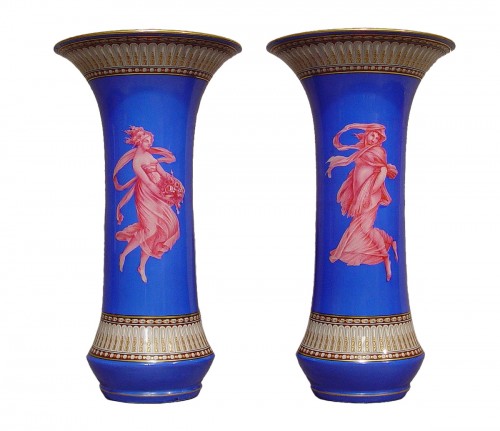 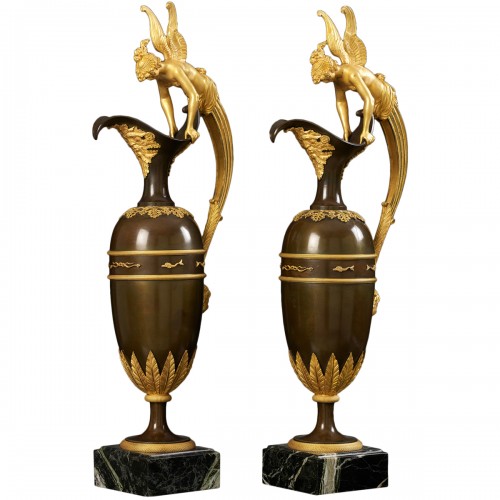 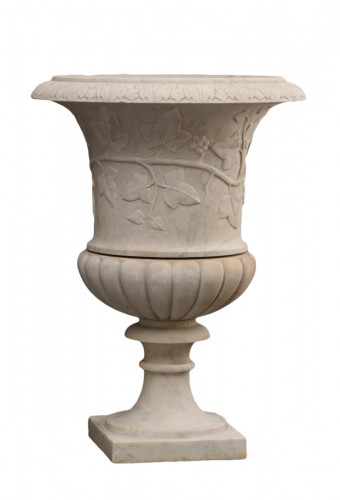 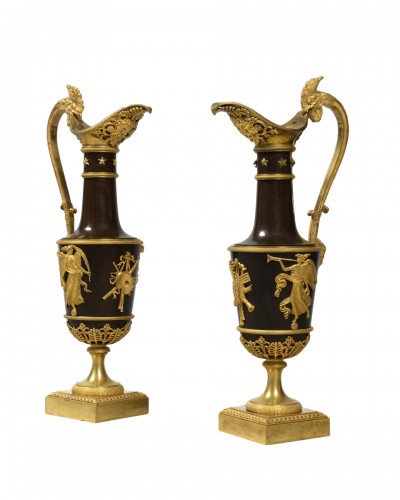