Beyond the contents, which leak out from a well-coded alphabet of themes, it is style, however, that represents the defining aspect for the safe assignment of our works to Giuseppe. This is demonstrated by the peculiar way in which the fortified architecture on the left is rendered, but above all the clear and solid volume of the bodies rendered with a loose brush stroke but at the same time guided by the rough concreteness that only the Agordino knows how to infuse to his characters.

Splendid examples of the production of Giuseppe Zais, the paintings in question must probably be painted in the painter's years of maturity, the reference to the landscape models of Marco Ricci is still sensitive, in particular in the chromatic choices and in the rural setting, while the companion canvas shows the full adherence to the decidedly arcadian motifs proposed by Francesco Zuccarelli, present in Venice since the mid-thirties.

It is precisely on his example that Giuseppe Zais, enrolled in the Fraglia of Venetian painters since 1748, gradually moves away from the relative naturalism of the young rural landscapes to adhere to the decorative formula and to the clear and bright palette with which the master of Pitigliano had met the favor of Venetian and mainland collectors. To his models we owe the motif of the young shepherd boy intent on fishing just below the waterfall, like the bright opening on the blue mountains in the distance. Countless, and ultimately superfluous, the possible comparisons with the artist's production, mostly in a private collection as well as the Venice Academy, which also preserves the only dated work, from 1765.

These canvases most likely painted in his mature period after a few years from his arrival in Italy, therefore probably between the 65/75 years of the eighteenth century it has a lighter and more varied complexion, an attenuated plasticity and a precise, almost dry design; the work exhibits an elegant pictorial airiness in a particular way due to the airy brightness and the description of nature made with loose and light brush strokes. Inspired by Zuccarelli and Marieschi, the tones are idyllic, but reworked with personal sensitivity, expressing a painting of atmospheric lightness without giving up a narrative spontaneity.

The landscapes of Zais remain however testimony to the feeling of an era dominated by man's need to express an inner freedom dictated by the discovery of the sovereignty of the spirit, in need of encountering a sort of alter ego in nature, almost like being between earth and sky , stopping in contemplation or walking slowly on the edge of a river, on the clearing of a grove, would bring about a happiness of feeling, in the illusion that it can be forever. In fact, even in the evening hour, in the Night Landscape, humans continue the activities of the day, they do not fear the night, what soon the romantic man will perceive as one of the darkest, so much so that in the contemporary Piranesi, and then in Goya, as in Füssli, the sky will now be closed. 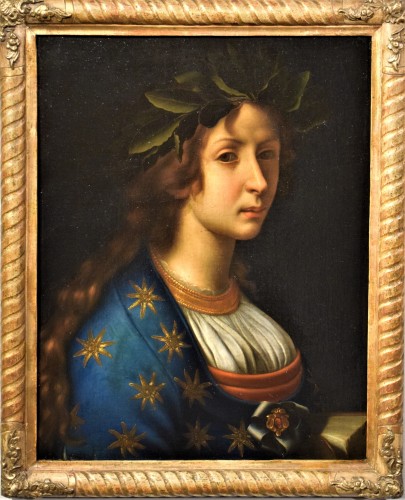