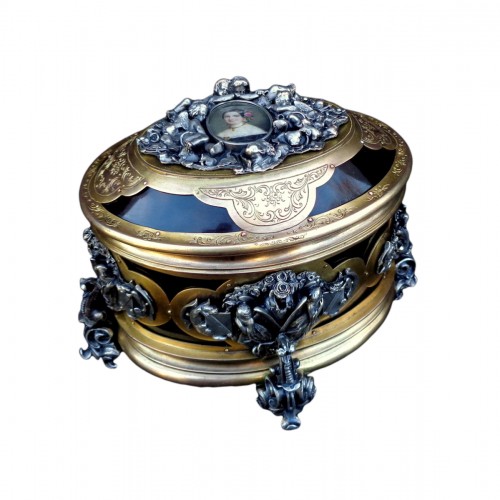 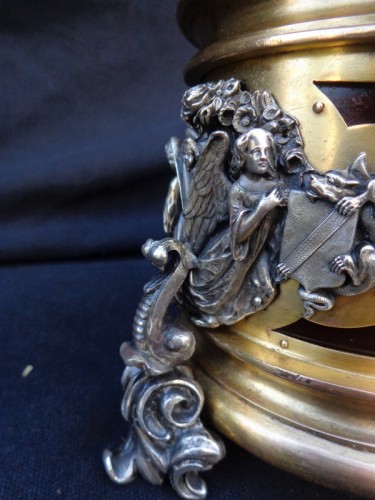 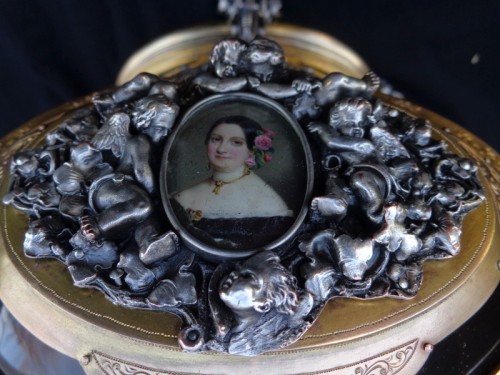 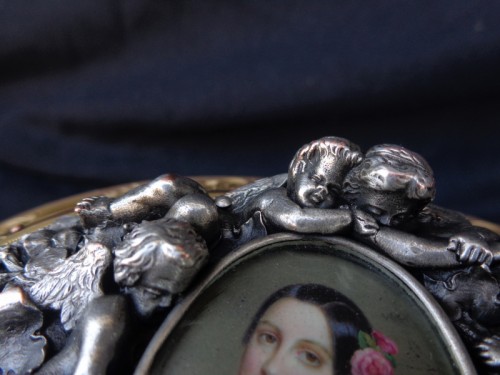 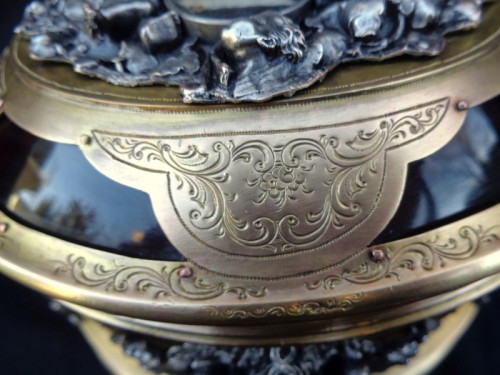 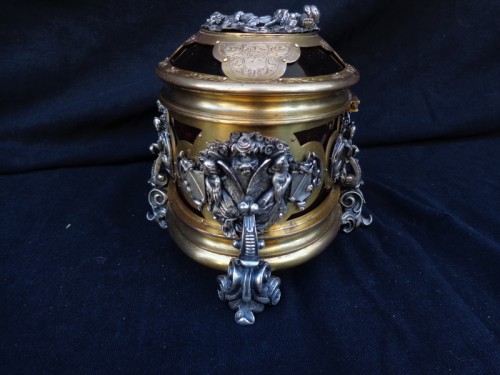 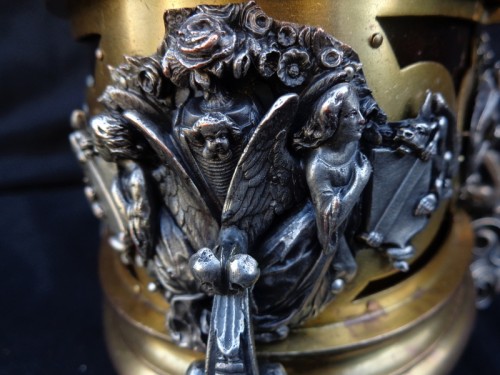 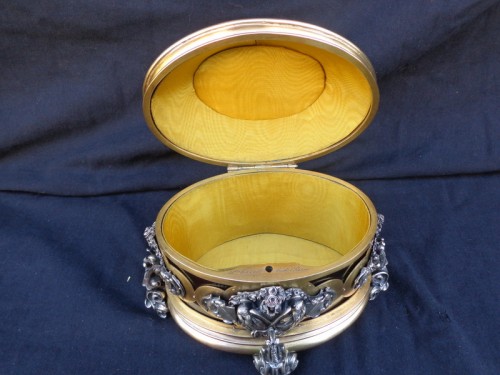 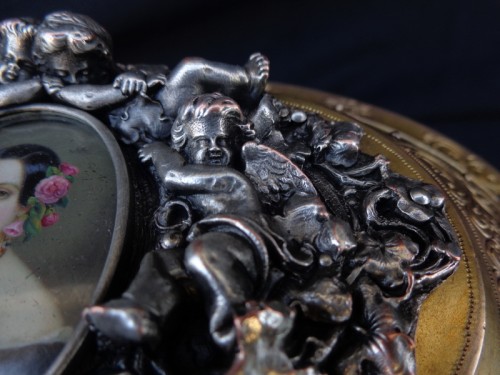 On the top, angels and putti gather around the portrait of a Contesse

<<<< Born in 1800 in PARIS and died in 1856. One of the good cabinetmakers of that time. Maison Vervelle was founded by his father, Jean-François, in 1804. His specialty was small furniture and the most diverse boxes and boxes, tapestries (his first job was upholsterer). His first business was at 1, rue Neuve Montmorency, then at 11 and 14 rue Feydeau in 1825. In 1840 he counted nearly a hundred workers. He then produced fancy furniture, wedding baskets, liquor cellars, kits and travel kits. In 1830, he published the bulletin of the store of novelties, containing the nomenclature of all the small objects which he manufactured. The house VERVELLE was then solidly established, it knew how to make high quality objects at reasonable prices. In his hands, ebony, tortoiseshell, rosewood, rosewood, bend to the most capricious and original forms. Copper, ivory, mother-of-pearl, are encrusted in drawings of the most happy effect. He participated in the exhibitions of 1827, 1844 and 1855, where he won honorary prizes. A quality signature, especially after 1835 >>>> AUDOT
H.

<<<<< AUDOT H., successor to Vervelle, cited in VERVELLE and AUDOT from 1855. In 1866, the company name became: H. Audot, Dallongeville, successor former house Vervelle, founded in 1804; the address remained the same: 1, rue de Montmorency, near the Panoramas, as well as the specialties of travel kits, toiletries and cabinetmaking of taste and fantasy. >>>>>>> 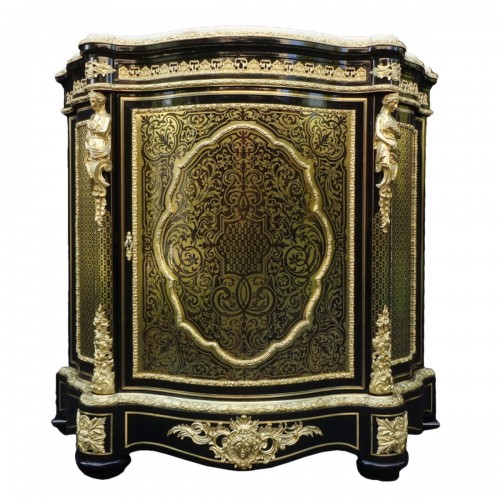 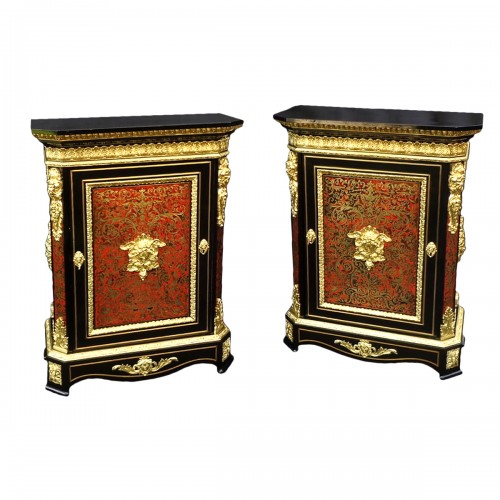 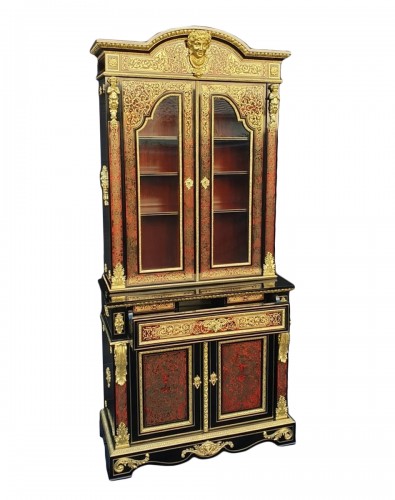 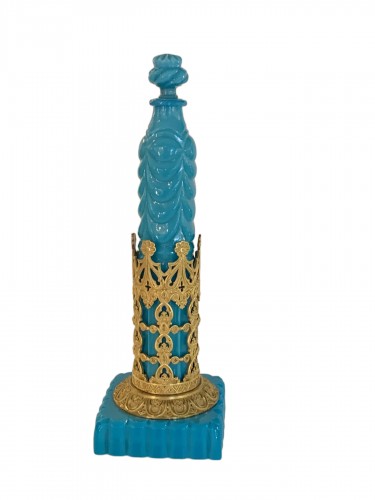 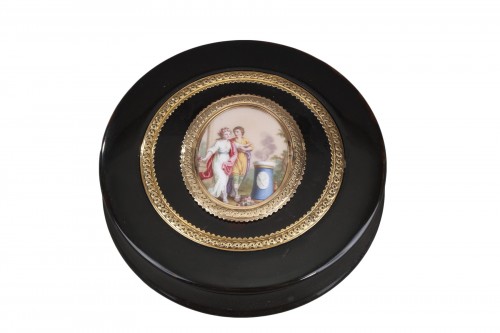 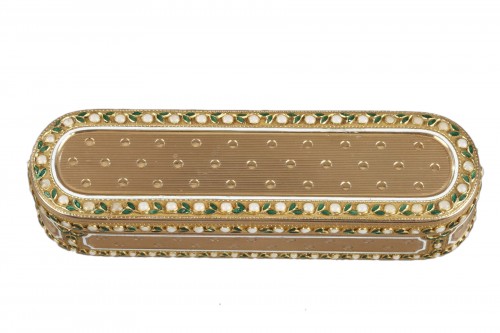 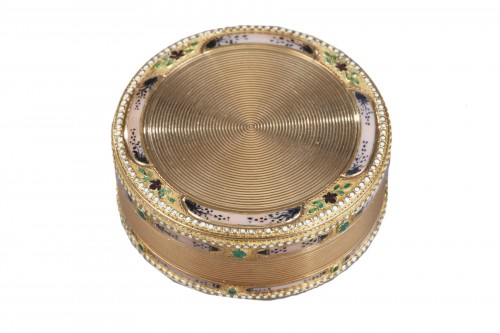 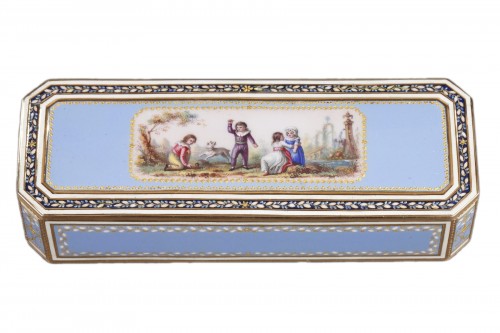 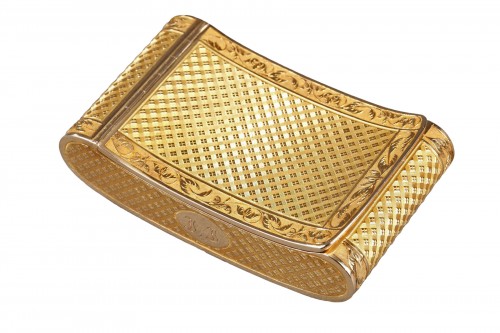