A fine carved shell cameo depicting a heroic scene of "Mazeppa and the Wolves", after a painting by Horace Vernet which is currently in the collection of the Clavet Museum in Avignon, painted in 1829.

Ivan Mazepa (1639–1709) was a significant figure in the history of Ukraine. One story about him says that as a young man, he was caught in flagrante with a noblewoman, whose husband punished him by tying him naked to a wild horse and setting them free; eventually he reached the Cossacks and became their military leader. This caught the attention of the English poet Lord Byron whose poem "Mazeppa" (1819) brought the events to wider attention. His narrative poem inspired many paintings, particularly by French Romantics, which in turn stimulated musical compositions, stage plays, more poems, and so on.

The cameo is set in 16 karat gold mount highlighted with blue and white enamel. The gold has two unidentified hallmarks.

France. 2nd half of the 19th century.

Bust of Mercury in lime-wood. Italy 1st half of 18th century. 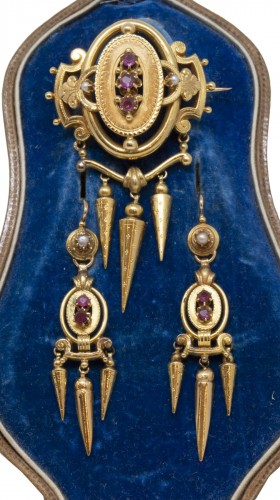 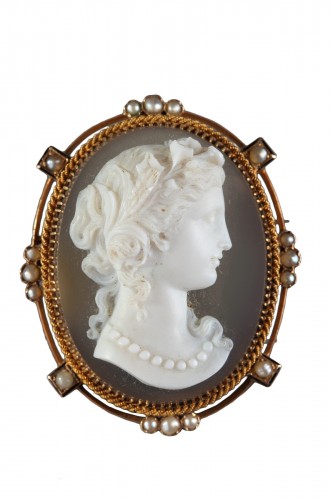 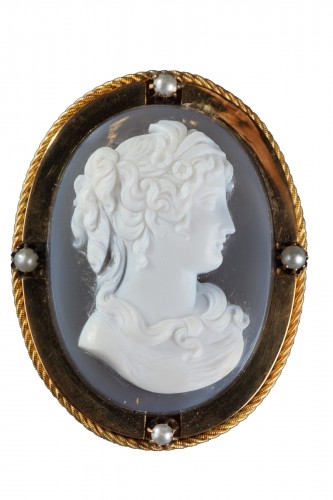 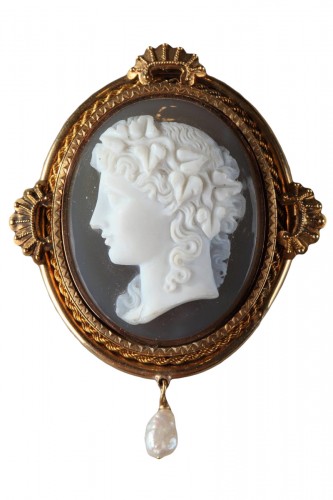 Gold Brooch with Pearl and Cameo on Agate 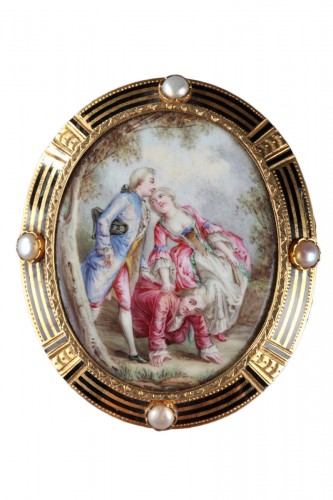