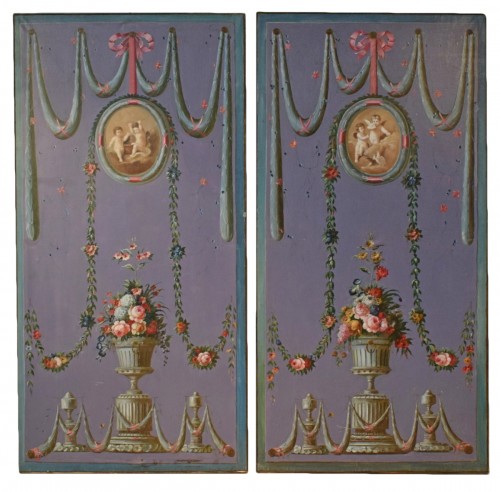 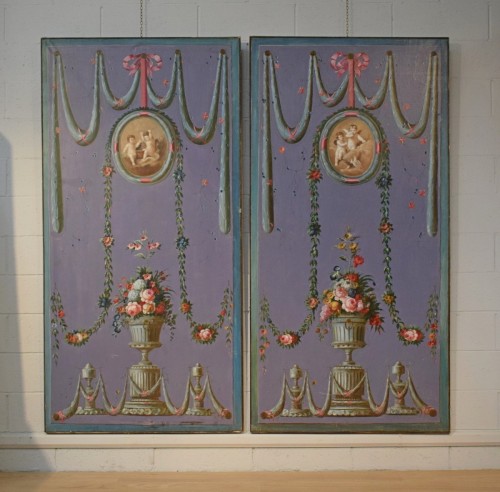 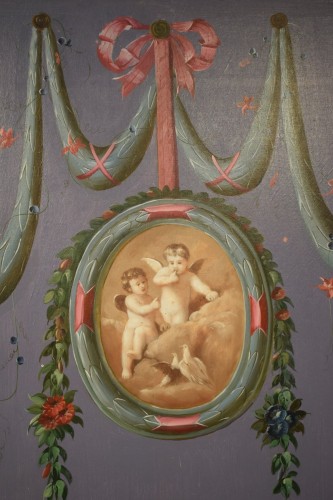 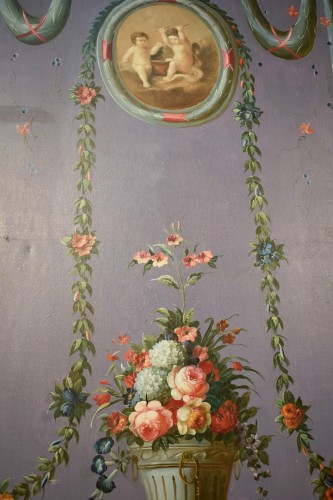 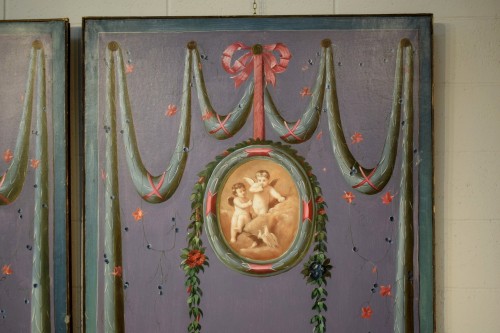 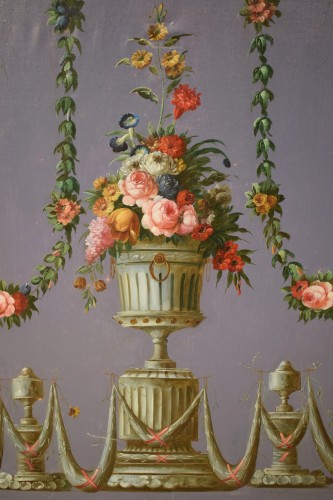 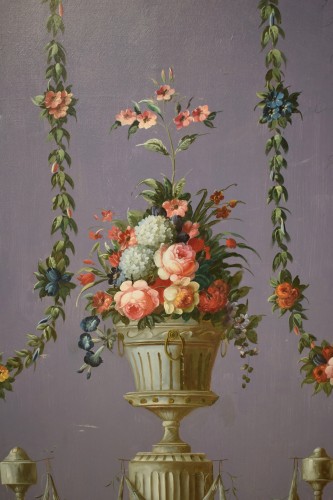 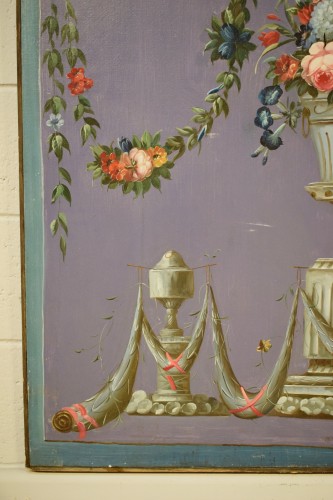 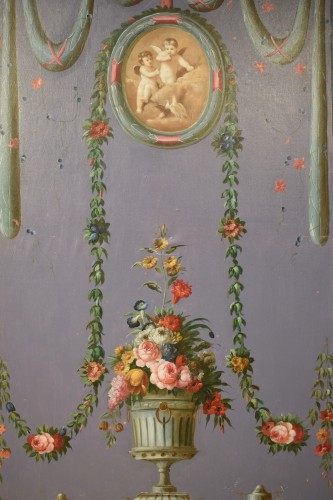 The pair of large oil on canvas paintings presents a decoration of neoclassical style. On a cerulean background are painted vases and flowers, garlands, ribbons and two trompe-l’oeil medallions with putti. This type of decoration, called grotesque, is widely diffused in the eighteenth century, inspired by Renaissance decorations and, before that, Pompeian paintings. the grotesques were widespread also during the Rococò, with Eclecticism and finally in the Art Nouveau period. Its temporal diffusion is between the end of the fifteenth and the beginning of the twentieth century and the compositional rules provide a one color background with small colorful figures. These decorative paintings are the result of archaeological discoveries made in about 1480, when the rooms of the Domus Aurea, the immense palace of Nerone in Rome were explored: the caves (grotte), from which derives the name of the style.
The pair of paintings, dating to the end of the 19th Century, is in neoclassical style, a period in which the taste for the ancient is rediscovered in the wake of the discoveries made in 1740 in Pompeii and Herculaneum. The grotesque spread widely in the decoration of interior walls, floors, vaults, facades, doors and shutters of windows, tapestries, carpets, furniture and even pottery, undergoing very few changes over the centuries. From 1800, appreciation for classical architectural and pictorial models gave a new impetus to the neoclassical movement which continued to be one of the main artistic movements throughout the 19th century and beyond. 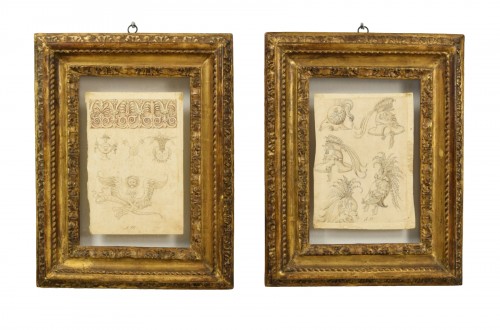 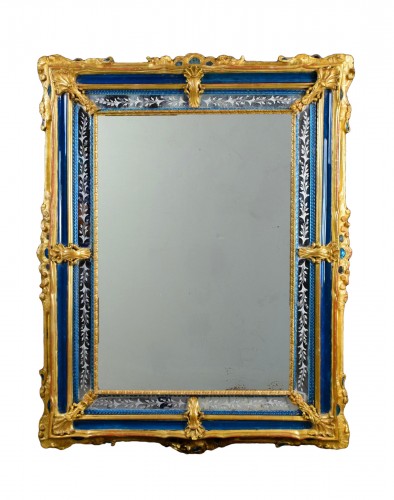 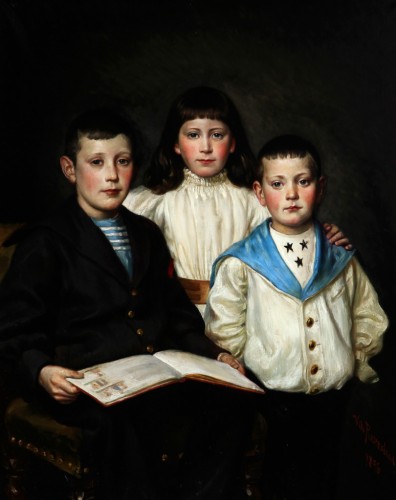 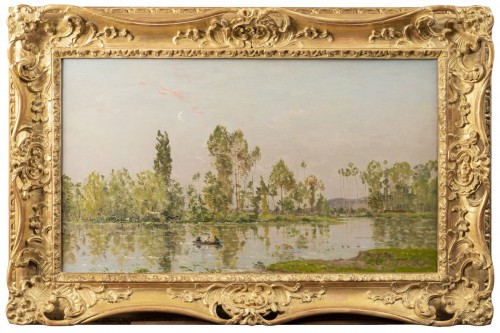 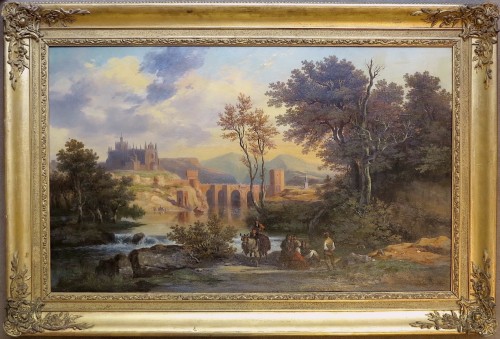