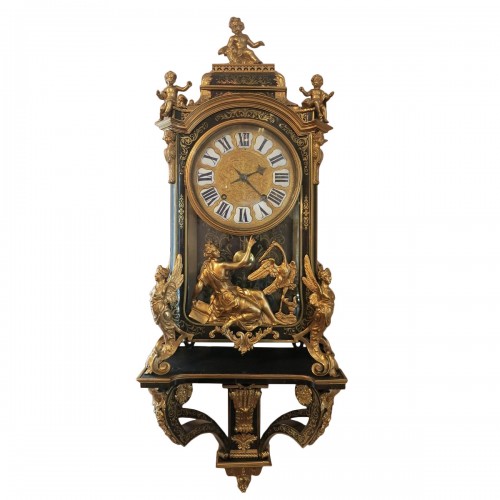 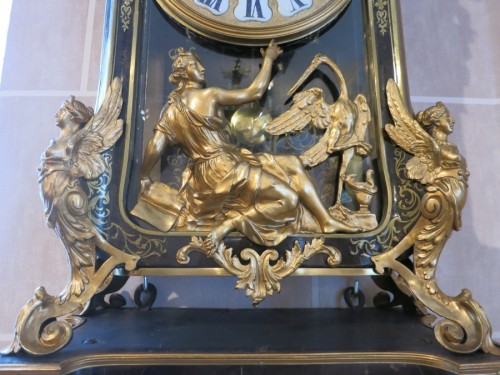 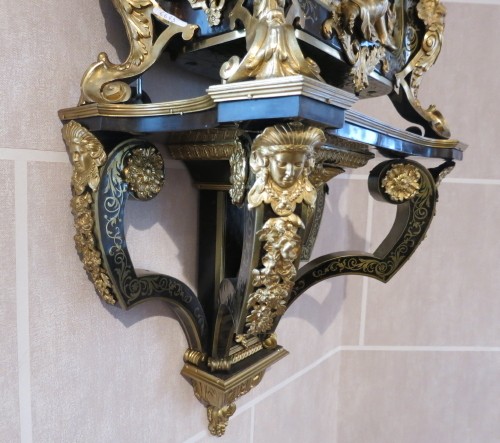 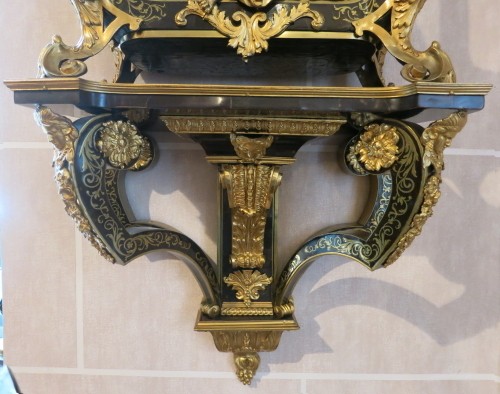 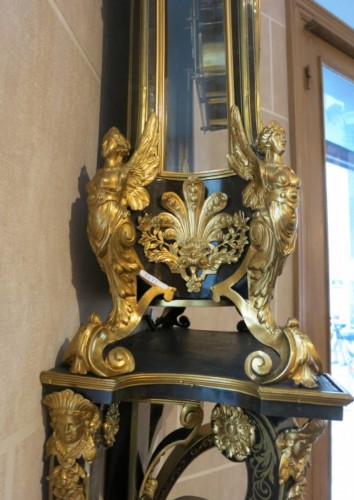 The cartel is surmounted by a coronation of tortoiseshell and copper with acanthus leaves at the corners, flanked by four putti and surmounted by a putti sitting on a goat
The uprights are adorned at the top with spanish masks and end with rolling feet surmounted by harpies with outstretched wings. The central glazed leaf is decorated with a bronze representing Scylla daughter of Nisos.
The dial with enamelled Roman numerals and the movement are signed Pia in Paris.
The cartel rests on a lamp base in copper and tortoiseshell marquetry adorned with four consoles ending in coils and adorned with laurel masks. They meet in a gilt bronze console adorned with acanthus leaves ending in a large seed.

Pia in Paris: We find the name of this watchmaker on a watch and a square movement early eighteenth century.
André-Charles Boulle (1642 - 1732), cabinetmaker, carver, gilder and sculptor of the King
Jean Bérain, draftsman and ornamentist.

The work of André-Charles Boulle covers very diverse fields in furniture, ranging from furniture, to gilded bronzes, through chandeliers and clocks. Its watchmaking activity was also very important, since in the 1700s, clocks accounted for one third of its production.

The drawing
This clock is inspired by a drawing by Jean Bérain around 1680, preserved in the National Library.
The Harpies
The Harpies were the daughters of the sea god Thaumas and Oceanide. Their number and name vary according to the authors. Described by Hesiod as beautiful winged women, considered by Homer as the goddesses of the storms, Nicothoe (the squall), Ocypetes (flies-fast), Celaeno (dark cloud) were transformed into frightful monsters, ravishing children and souls of the dead.
Renowned for living on the Strophades Islands in the Ionian Sea on the Peloponnese coast, Virgil places them at the entrance to hell. 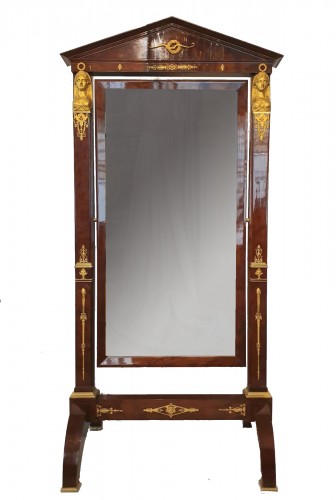 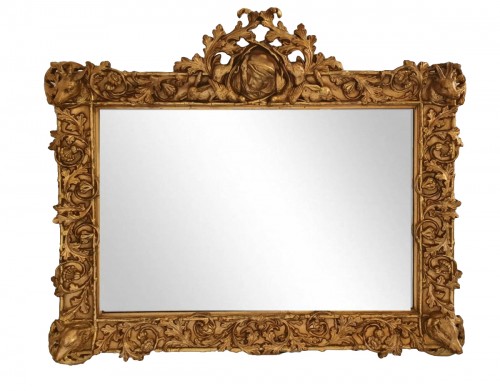 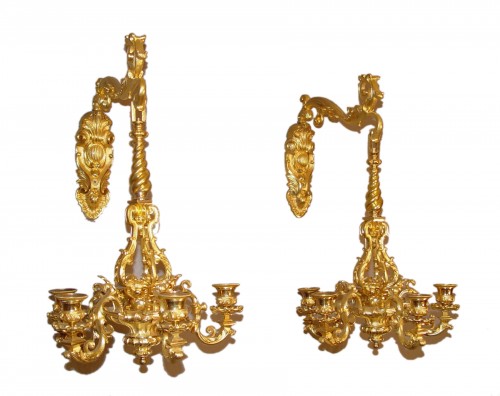 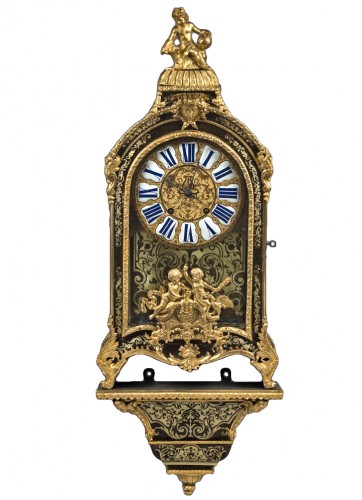