Saint John the Baptist in limestone - Burgundy Circa 1500 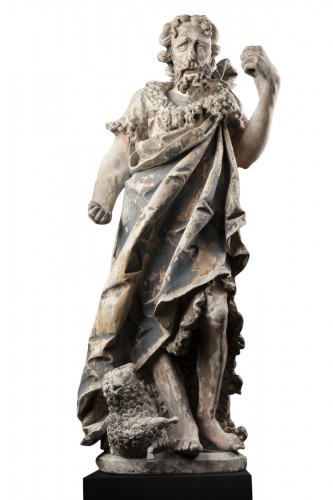 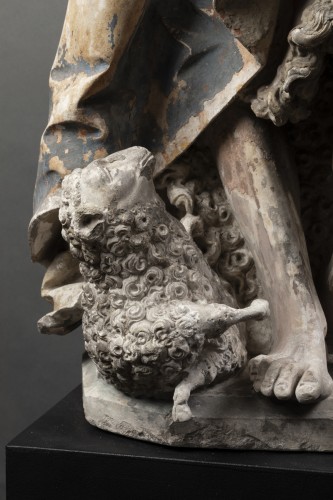 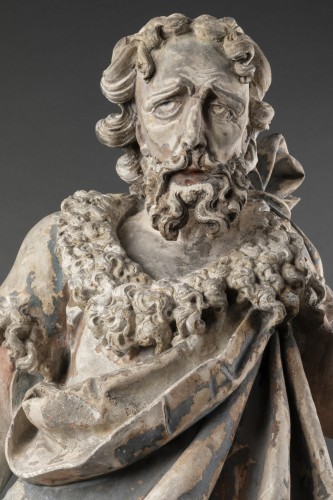 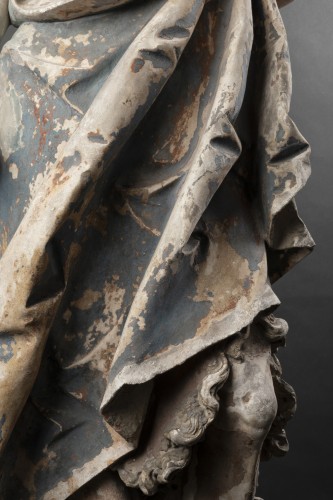 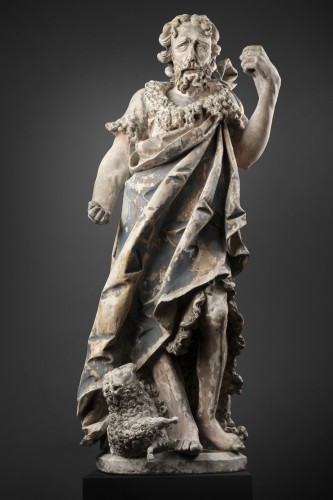 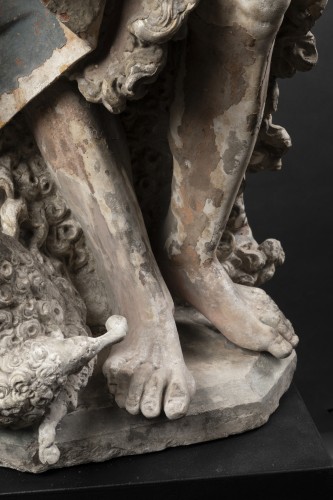 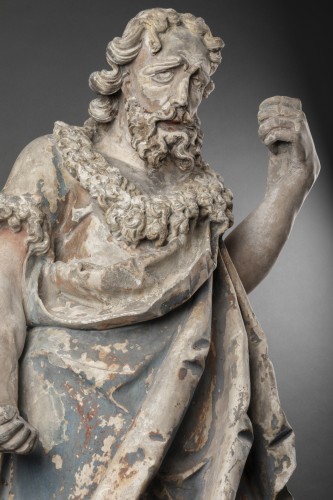 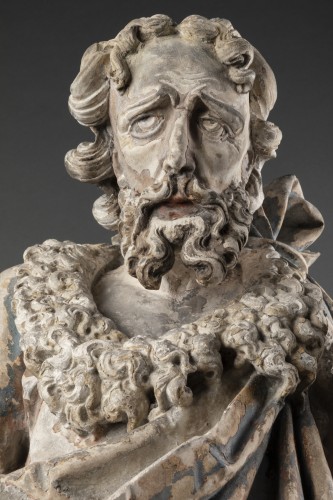 This Saint John the Baptist was made around 1500 of carved and polychromed limestone. Certainly intended to adorn a church decor and designed to be seen from below, its stature is majestic. A real attention is paid to the execution of his posture, in slight contrapposto, but also to the expression of his face whose naturalism is characteristic of the late Middle Ages. Filled with both great solemnity and deep melancholy, this bearded face with wrinkles and marked features is very thin. In this case, its physiognomy is a reflection of its holy history.

The iconography of this magnificent sculpture is that of an ascetic Saint John the Baptist. This is a tradition that dates back to the 11th century. This type of representation is an opportunity to symbolize the evangelical episode of the Holy Precursor in the desert. For this reason, the artist concentrates on the use of clothes reflecting his pious life, defeating all material goods. Like a new Elijah, whose austere life he resumed, barefoot Saint John the Baptist was dressed in a long tunic with deep pleats uncovering his legs and arms and a nebride, placed on his shoulders. This beast skin, used as a habit, is a direct reference to the Gospel according to Saint Matthew (1.6): "John had a garment of camel hair. "This importance given to the representation of the Saint's clothes is common. It is both revealing of his status as a hermit but it also exalts his holiness, and the deep piety he acquires in the desert. It is its closeness to Christ, the "best of humans", that is therefore put forward. Less perfect, but profoundly holy, Saint Matthew writes of him (11:11): "Verily I say to you, among those who are born of women, there has not appeared to be a greater one than John the Baptist. »

It is accompanied by its main attribute, the lamb, in reference to the words he used to designate the Savior at his baptism: "Agneus Dei". Outside this lamb is not heraldic, sitting on a book he holds and set with a halo, as medieval artists used to represent it. On the contrary, it is shown as a real animal, at its feet and in movement, thus doubling in naturalism. In the words of Emile Mâle, this sculpture is characteristic of the era when "we leave the world of symbols to go towards that of realities" E. Male p. 59, Revue des Deux Mondes, March 1951). On the other hand, he held in his hands a cross, or a pedum, which has now disappeared.

The condition of conservation of this work is very good, although it should be noted that the right arm has been glued. In addition, it is possible to see many traces of the original polychromy.

Finally, its plastic and iconographic quality is only matched by its pedigree. It was present in two major collections. First that of the Countess of Midleton, at Eastwell Park Estate in Kent at the beginning of the 20th century, then that of Dunley Manor's Captain and Mrs Brodrick.