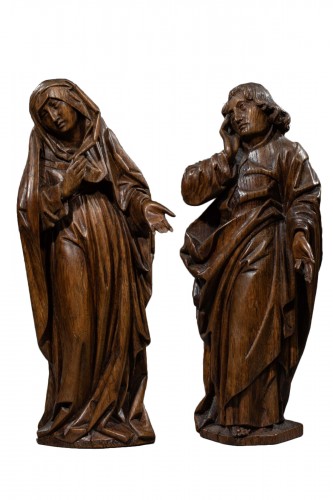 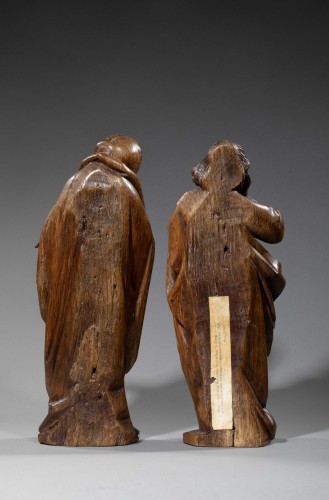 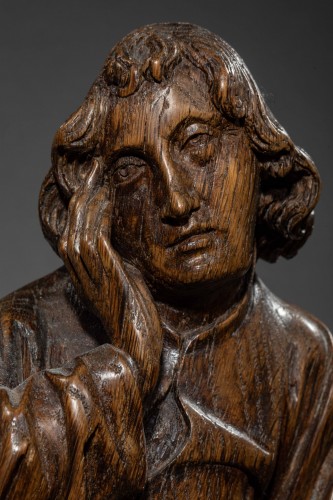 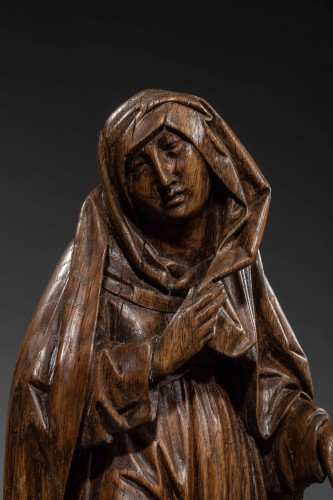 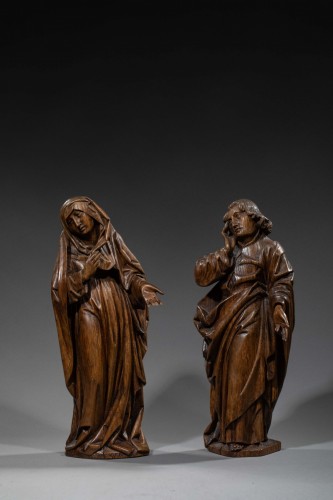 These two figures carved in oaks represent a Mourning Virgin and a saint John the Evangelist weeping. They were formerly part of a larger ensemble, a big crucifixion. They are characteristics of Dutch sculpture at the end of the 15th century. The materials chosen here, the broken folds of the draperies of the characters, their physiognomy as well as their intense expressiveness, elegantly contained, bring our two sculptures together with the great masterpieces of the fifteenth century Flemish statuary, made between Tournai, Brussels and Antwerp. Among them, we can quote the Mourning Virgin and Saint John the Evangelist made in the second half of the fifteenth century and now preserved in Thumaide (St. Pancras), as well as the Mourning Virgin from Southern Netherlands, dated c. 1420 and preserved today at the Bode Museum (inv. 8475). These two groups can be compared to our sculptures for obvious stylistic similarities.
On the reverse side of our Saint John, an old label teaches us the provenance of the work and tells us more of its passage in an old Parisian collection, probably in the first half of the 20th century. 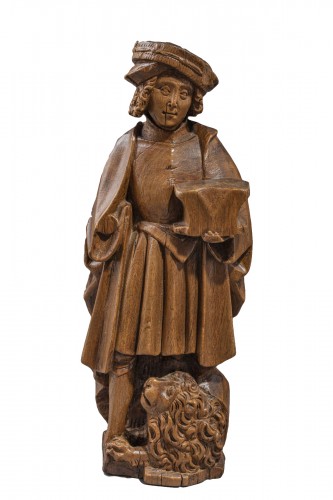 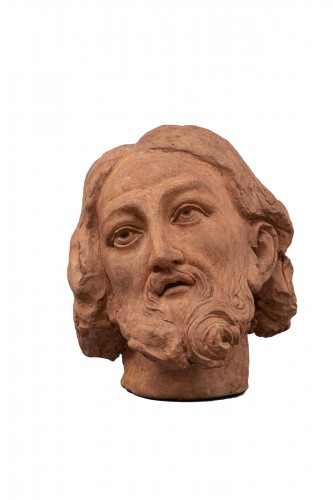 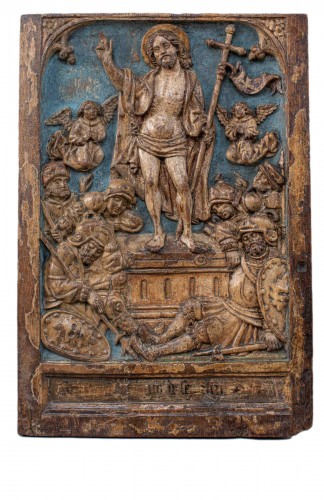 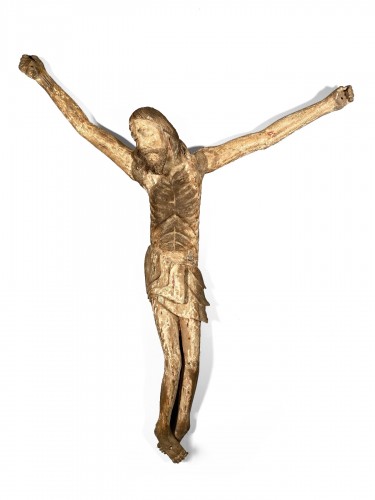 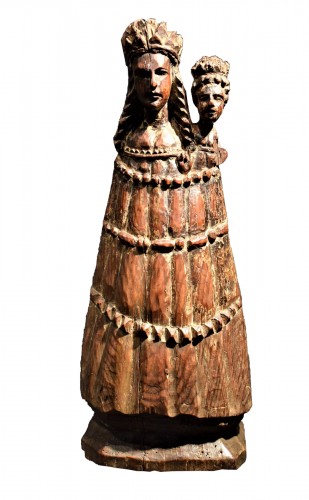 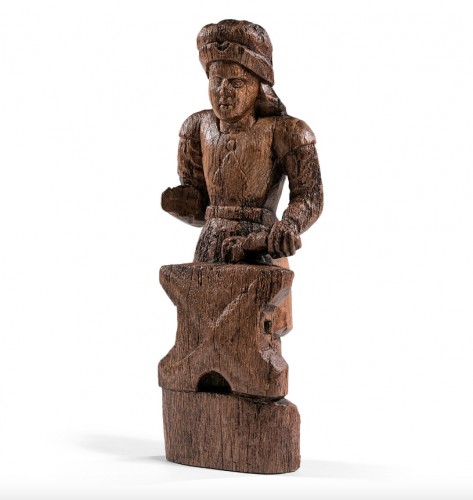 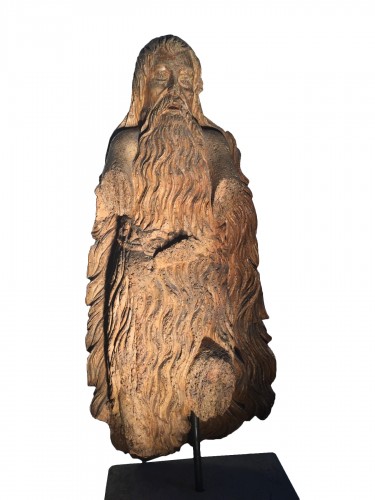 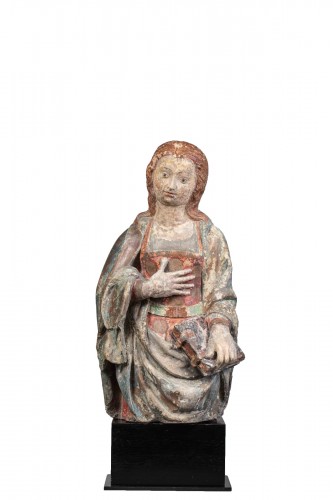