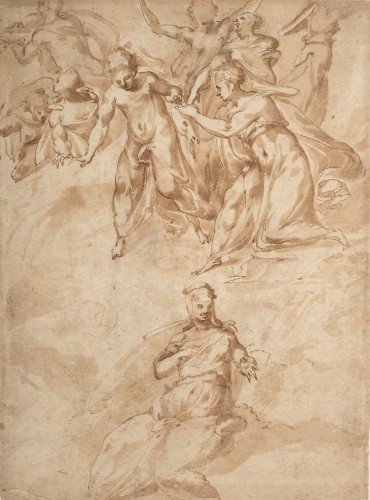 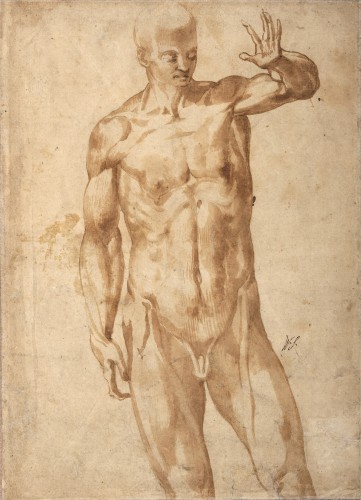 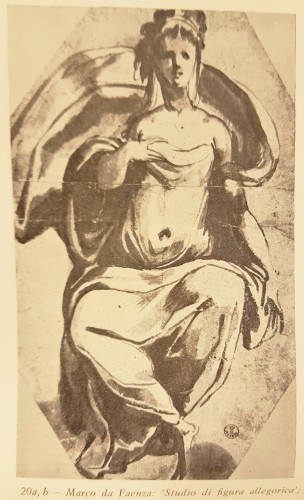 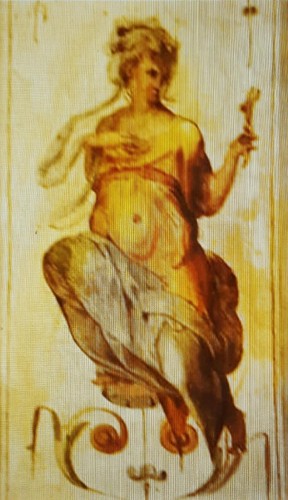 Marco Marchetti from Faenza was a very prolific draftsman and many of his papers are kept in the main public collections. In particular, the Uffizi Design and Print Cabinet includes a corpus of hundreds of tests, most of which refer to the last twenty years of activity of the artist. Many sheets of Marchetti's figure, in fact, have a repertoire aspect and are spread with pen and brown ink with very diluted and often flat watercolors, in a form that can be defined as "compendiary", in analogy with the coeval Faenza ceramic production. Many of these serial sheets have found precise pictorial references in the progress of their studies, especially with the works made in Faenza and Rimini since the seventh decade and, even more frequently, after 1570, the thousandth set by the documents attesting to it at Rimini service of the Marcheselli family. A series of at least eight sketches of the Uffizi (12544F verso, 12564F recto and verso, 12565F, 12591F verso, 12607F recto) and of the National Museum of Lisbon (inv. 389), may in fact be related to the Conversion of St. Paul painted in Rimini around to 15701. A substantial number of stylistically similar sheets is also

1 A. Bigi Iotti, G. Zavatta, The 'Conversion of Saint Paul' by Marco Marchetti to the Servants. Unpublished drawings, in "L'Arco", 2009, pp. 40-49.
alongside the late painting representing a Martyrdom of Saint Catherine preserved in Faenza2, distributed in this case between the collections of the Uffizi (12543F, 12547F, 12596F) and those of the Louvre (invv. 11548, 11549) 3. In the latter case the darker watercolor of some sheets, and in particular of a general project in an unknown location, testifies to an even later and almost extreme period, around 1580, which also returns in some preparatory drawings for the San Giovanni Battista a devotee and the painter of the Pinacoteca di Faenza4. In this extensive production there is also a sheet of the Princeton Art Museum already belonged to Father Sebastiano Resta5 which returns the score of the frieze of Palazzo Mazzolani (once Rondinini) in Faenza (Princeton Art Museum, inv. 81-119) 6. Numerous other drawings, entirely similar to ductus and technique, perhaps coming from notebooks of repertoire but not always connectable to known works, are then attested in numerous museum collections, from Grenoble7 to Modena8 (where there is also a copy from Beccafumi "translated" into this liquid and compendiary language) 9, from Windsor to Venice 10, to Avignon11. The frequency of these figure drawings, often preparatory or of study for religious subjects, is accentuated after 1570 also because of the fact that in Romagna, between Faenza and Rimini where Marchetti worked mainly in this field, the Counter-Reformation was particularly aggressive and the artists had to succumb to very strict prescriptions12. The drawings of the previous decades, correlated to his job as a skilled collaborator of Vasari, "proud, resolute and terrible" frescoer according to the famous definition of the author of the Lives, are mostly studies of grotesques (exemplary in this genre the beautiful series of drawings of the Galleria Estense of Modena, but also some color sheets of the Codice Resta of Palermo13; sketches of this kind are present in many museum collections), a theme that the artist preferred throughout his career and that he also declined in the abbreviated and liquid style that characterizes the figure sheets of the late period on which one has so far spread.

2 A. Bigi Iotti, G. Zavatta, For Marco Marchetti, altarpiece painter in the Faenza della Counter-Reformation and some drawings related to the Martyrdom of Saint Catherine in Saint Anthony, in "Romagna Arte e Storia", 99, 2013 [2014], pp. 27-42. 3 A complete picture of Marchetti's drawings at the Louvre in C. Monbeig Goguel, Inventaire général des dessins italiens. I. Maîtres toscans nés après 1500, morst avant 1600. Vasari et son temps, Paris 1972, pp. 61-73, in part. nn. 59-60 for the studies for the Martyrdom of Saint Catherine. 4 G. Zavatta, The Madonna of Grace by Giovanni Battista Bertucci the Younger, the drawings by Jacopone and Marchetti, and some considerations on the late Maniera in Faenza, in The broken arrows. Six hundred years of devotion of the Madonna delle Grazie, Faenza 2011, pp. 107-110. 5 Drawings by Marchetti, equally late and correctly placed between 1572 and 1585, are also found in the Codex Resta of Palermo: S. Prosperi Valenti Rodinò, The drawings of the Codice Resta of Palermo, Cinisello Balsamo 1999, p. 99. 6 A. Nova, Marco Marchetti known as Marco da Faenza. 41. Study of decorative frieze with naked, a putto, a herm and grotesques, in Drawing, judgment and beautiful manner. Studies on Italian design in honor of Catherine Monbeig Goguel, Cinisello Balsamo (MI) 2005, pp. 86-87; A. Bigi Iotti, G. Zavatta, M 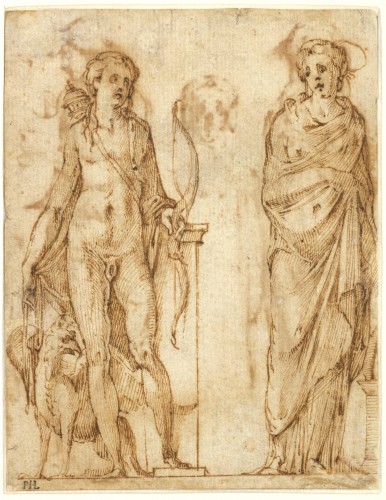 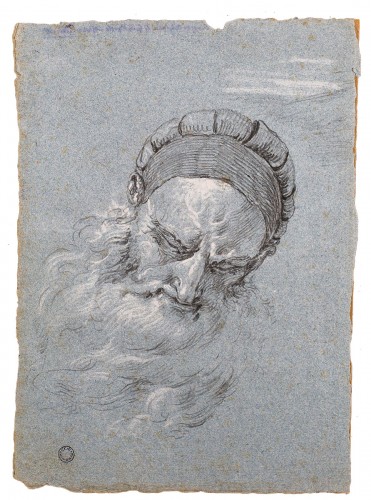 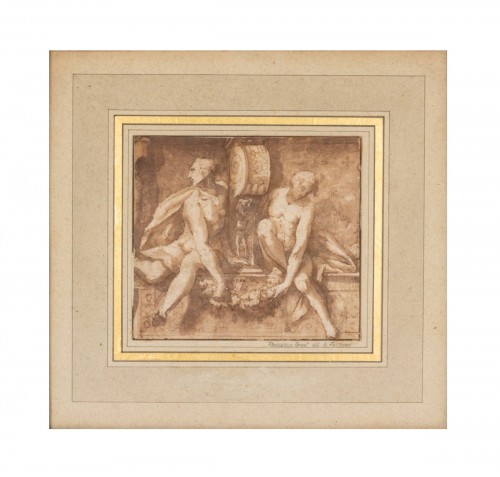 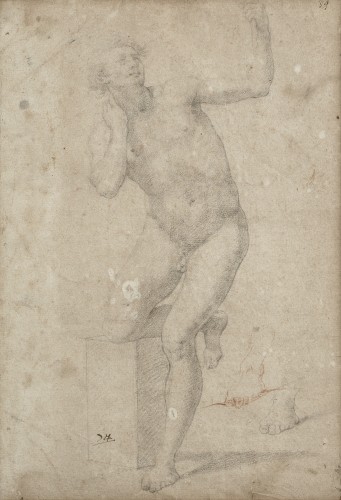