Théodore Ballu was a French architect best known for his work on the beautification of Paris. His drawing depicts the temple of Apollo at Corinth with the Acrocorinth fortress in the background. Ballu wrote on the drawing that the temple is the one of Minerva. Its mistake probably comes from the book "La Grèce. Vues pittoresques et topographiques dessinées" par Otto Magnus von Stackelberg published in Paris in 1830 and where the author make the confusion. The temple of Apollo, built in the sixth century BC, was one of the earliest Doric temples in mainland Greece. 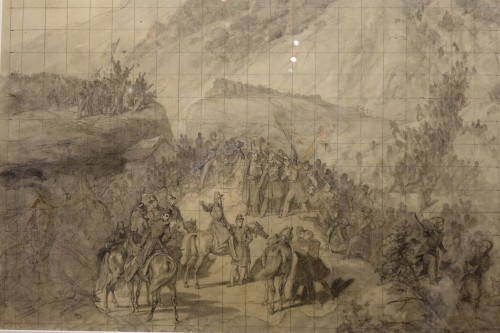