A french ormolu Clock , Empire period early 19th century.
Allegory of spring represented by Flore. The draped goddess Flore holds in her hand a wreath of flowers. The attributes of the garden are represented
by a shovel and a rake and a Medici vase filled with flowers and fruits. The base adorned with a medallion of Venus and quivers surrounded by palmettes.
Beautiful original gilding. Signol Ainé's signed wire movement in Paris 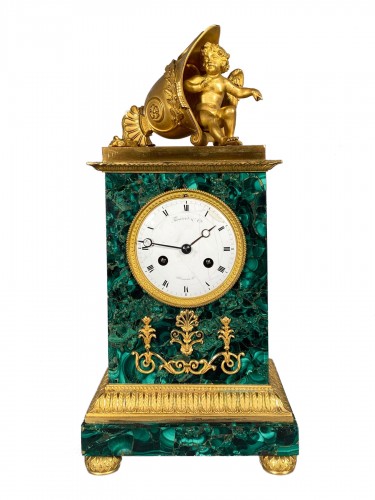 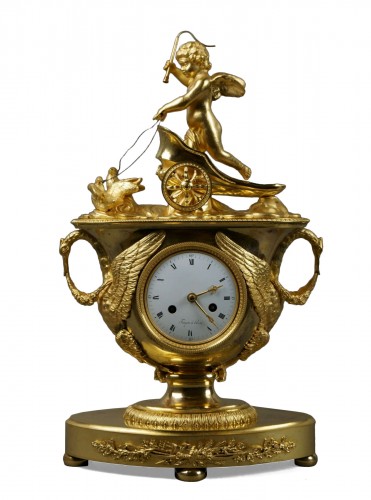 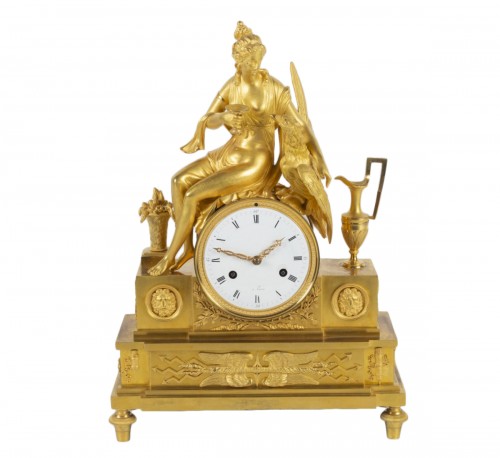 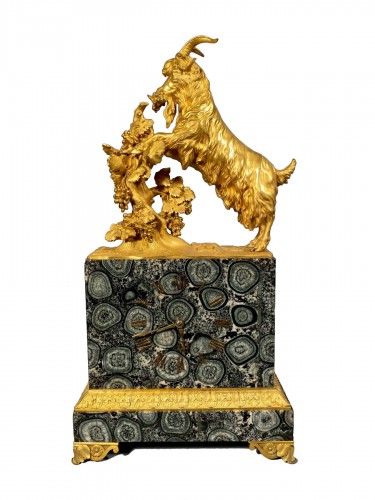 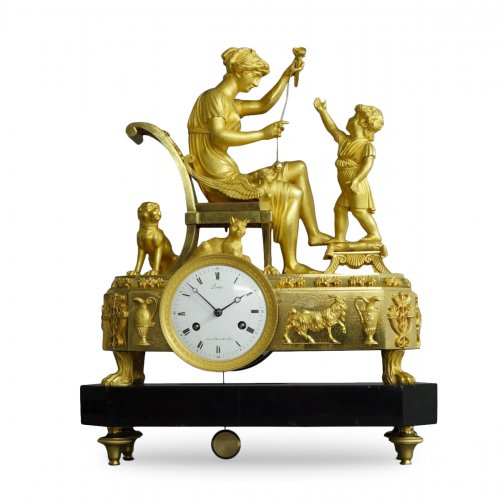 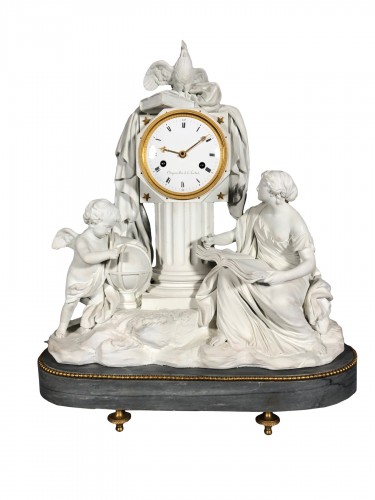 Clock the study, Sévres manufactory , Circa 1810.