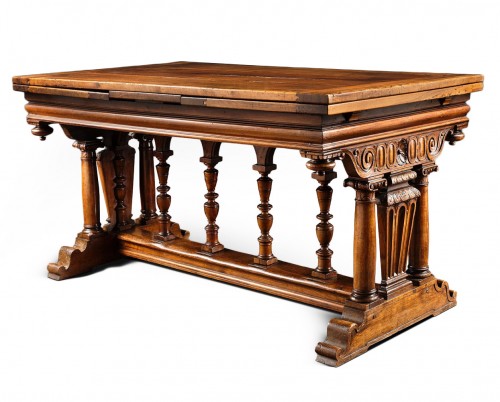 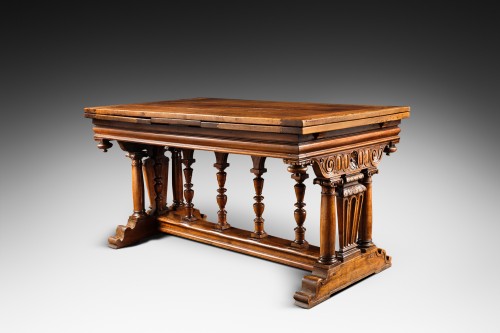 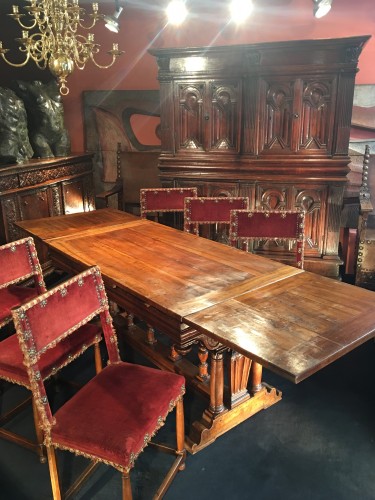 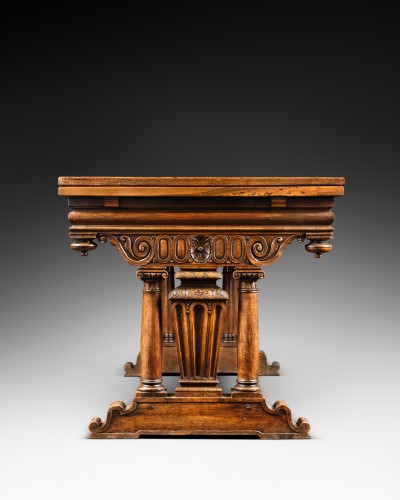 While lingered the medieval use of the table skate, Italy discovered again the roman cartibula. As to France they invented the pull-out slides mechanism here described by Bonnaffé: ‘The lower top, divided in its span in two halves mounted on see-saw grooves, can be pulled at will, each half adjusting itself with the upper top’s edges which fold at the same level.’

Strength and massiveness meet elegance; the French table from the second half of the 16th century is born. From two thick skates joined by a wide cross-bar raise four strong turned balusters on which stands the large moulded belt supporting the double top.

To this primitive structures are added slights ornaments keeping a practical function:
From the two skates achieved by scrolls are erected two columns on each sides of a central element. This central element expresses an architectural nature and presents finely carved niches and a stylised floral capital. The architrave is achieved by scrolls and enriched by an egg-and-tongue frieze and a central floral motif.
On the cross-bar linking the two profiles four balusters compose a rounded-arch colonnade supporting the top.
On each angle a flattened spinning-top brings a harmonious enrichment to the table.
Practical grips are found on the pull-outs extremities.

One can only think of Jacques Androuet du Cerceau when considering such a powerfully mastered architectural piece of furniture. 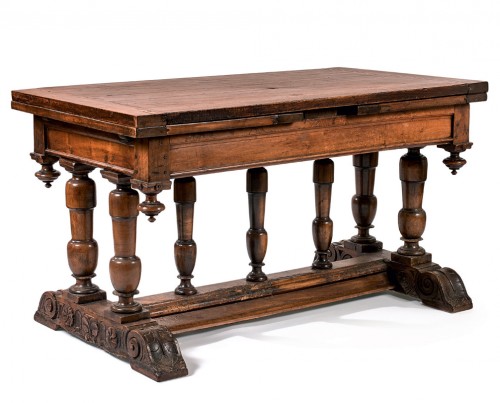 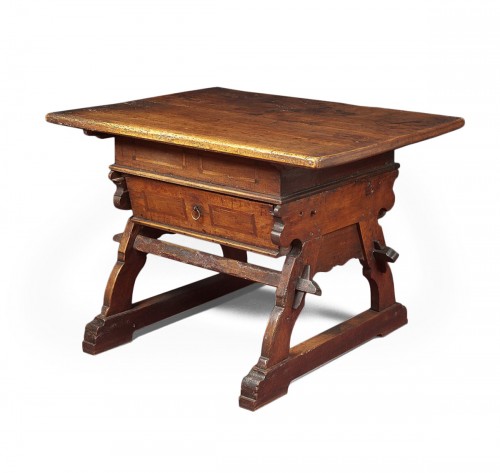 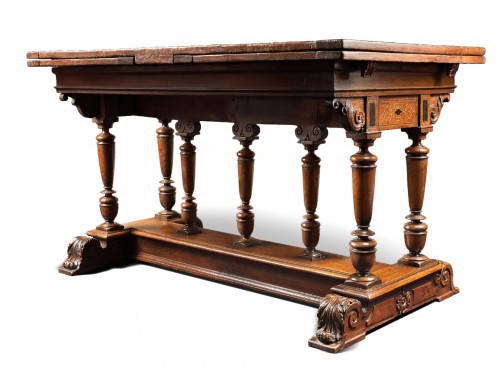 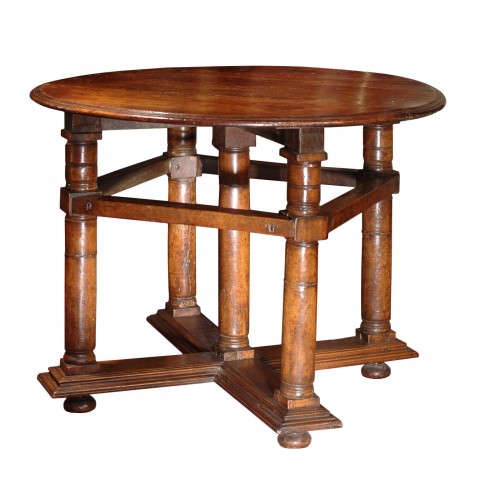 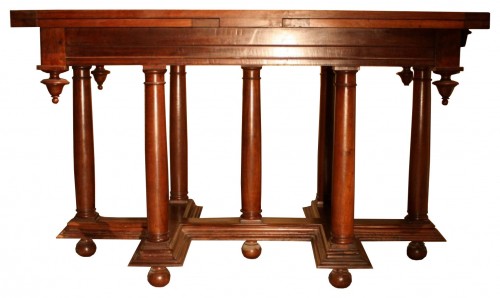