naked in the studio by Gaston HOFFMANN. 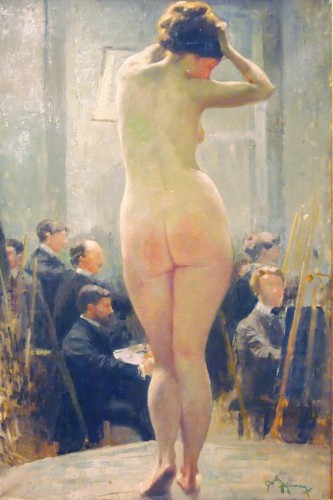 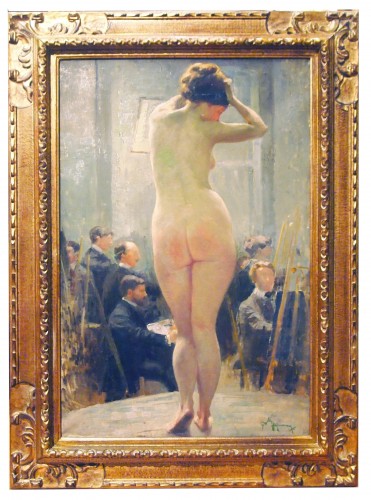 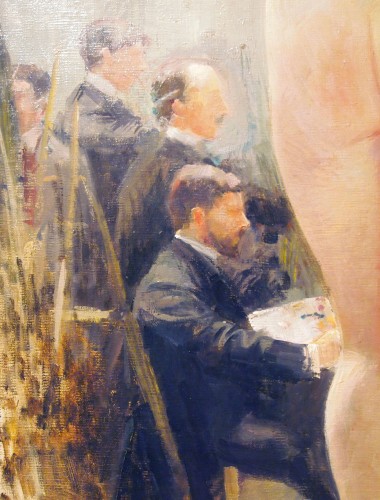 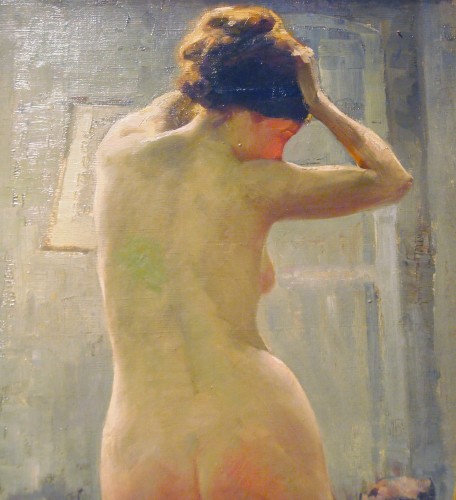 Large Oil on canvas, naked in the studio by Gaston HOFFMANN.
Representation of the studio of Luc Olivier Merson (painter 1846-1920)

HOFFMANN Gaston
Born on January 12, 1883 in Paris Died in Metz in 1977
Gender painter
Member of the French artists since 1909.
Originally from Lorraine by his mother, he lived in Metz and studied at the École des Beaux-Arts in Paris from 1902, where he was a student of Léon Bonnat and Luc-Olivier Merson at the Julian Academy of Jules Lefebvre (for engraving) and T. Robert-Fleury, at the Beaux-Arts in Nancy, he was a student of Jules Larcher.
Gaston Hoffmann regularly exhibits at the Salon des artistes français from 1905, as well as at the Salon des humoristes.
In 1918, G. Hoffmann collaborated with Charles Schneider, his friend, who had met him at the Beaux-arts, whose glass factory in Épinay-sur-Seine took off with the École de Nancy and was a great success in 1925.
In 1922-1923, G. Hoffmann worked for the Manufacture de Sèvre. The same year, he made the poster for the film Vidocq.
In 1925: the artist decorated the Kerhulu restaurant in Quebec City with murals: Hunger and Thirst. These works are now preserved at the Musée national des Beaux-Arts du Québec, thanks to a donation from Jean Piché in 1983.
He will be a professor of drawing at the City of Paris.
He taught drawing and decorative composition at the École des Beaux-arts de Québec from 1924 to 1926.
In 1946, the painter decorated the City Council Chamber of Noyon City Hall, representing the highlights of the city's history. 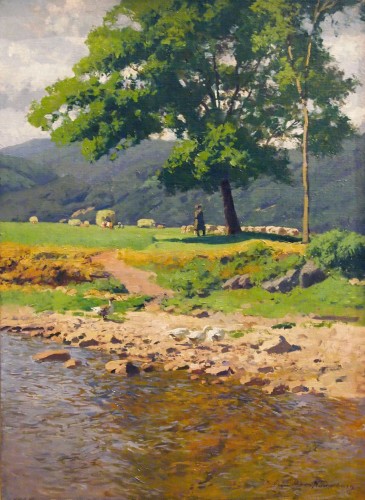 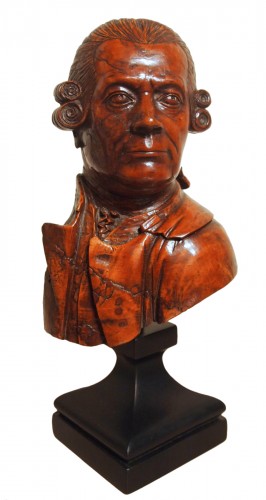