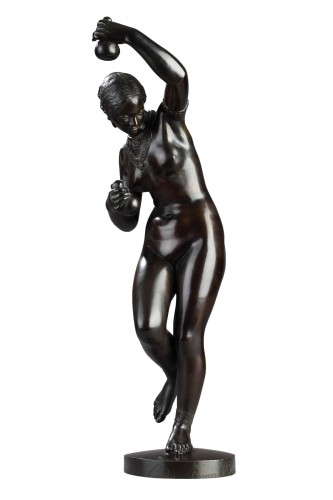 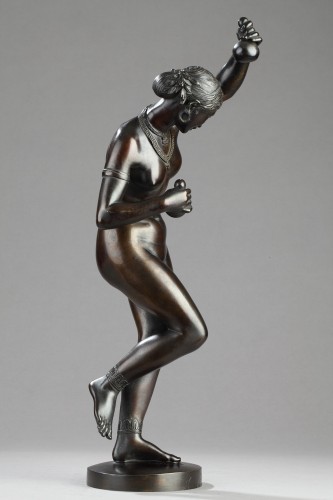 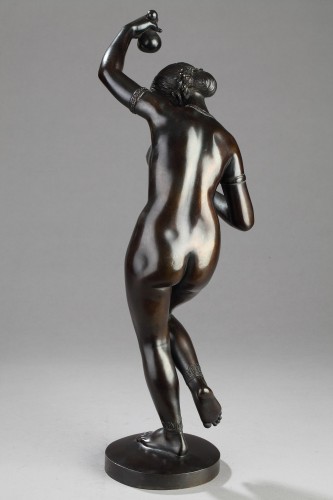 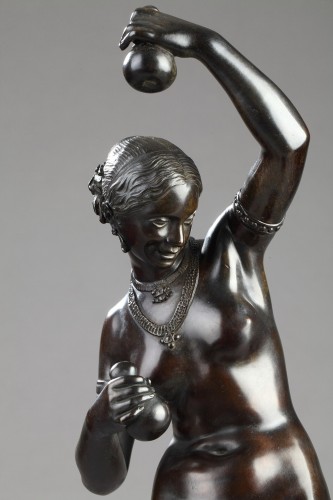 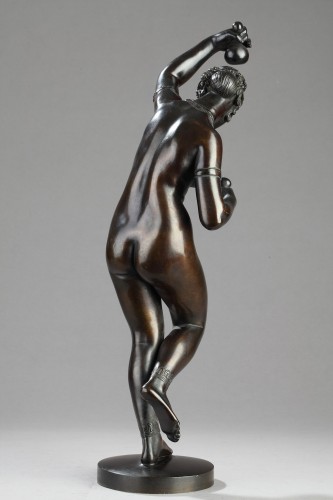 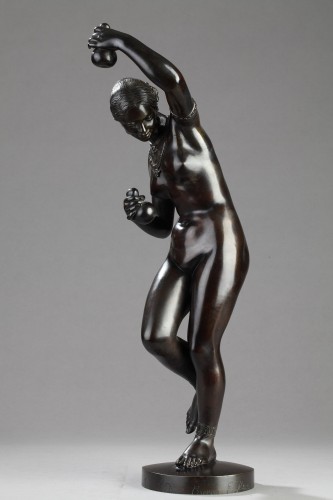 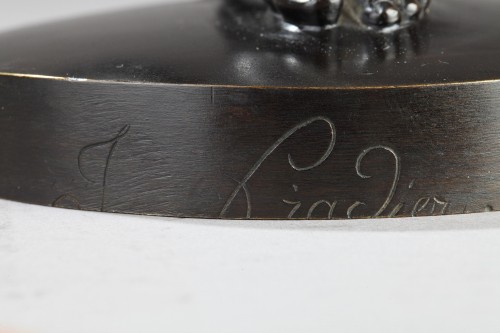 Bronze with a nuanced dark brown patina
cast by Cresson

"Less than his counterpart, "Negress au Tambourin", the statuette doesn't cares abou an ethnological truth that will not be fashionable until the end of the 1840s. It rather delights in the exoticism then proposed by the Parisian shows".
For this "Negress with Calabashes", Pradier sold his rights to several bronze casters (Cresson, Paillard, Susse), and the work was edited in various sizes with success.
A similar statue is kept at the Decorative Arts Museum in Paris.

Cresson had an art bronze shop at the corner of the passage des Variétés in Paris, circa 1848.

Biography :
Jean-Jacques Pradier, known as James Pradier (1790-1852) was a sculptor and painter from Geneva who made a career in France. Following the fashion of the time, he adopted the English name of "James". He entered the public school of drawing in 1804. In 1807 he joined his brother Charles-Simon Pradier in Paris, where he worked for François-Frédéric Lemot before being admitted to his studio at the Ecole des Beaux-Arts in Paris, as well as in the painters Charles Meynier and François Gérard. He won the Grand Prix of Rome in 1813 in sculpture for his bas-relief "Néoptolème prevents Philoctète to pierce Odysseus with his arrows". He was appointed professor of sculpture at the School of Fine Arts in Paris in 1828, where he replaced François-Frédéric Lemot. We wanted to recognize the traits of Juliette Drouet, his mistress, in the marble group Satyr and Bacchante who caused a scandal at the Salon of 1834. This link ended when Juliette met Prince Demidoff, she left for Victor Hugo, then Pradier's friend. In Paris, James Pradier had in 1831, his home rue des Beaux-Arts and his studio at rue Neuve-de-l'Abbaye. 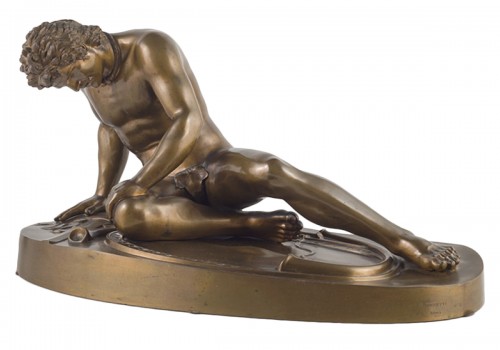