School of Francesco Guardi of the late 18th-Venice View 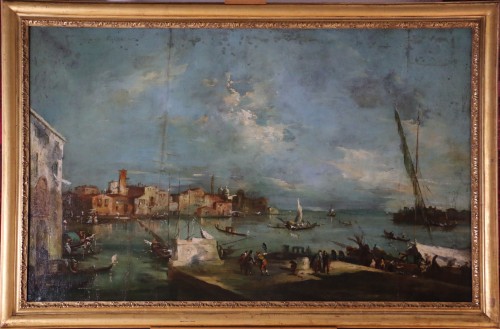 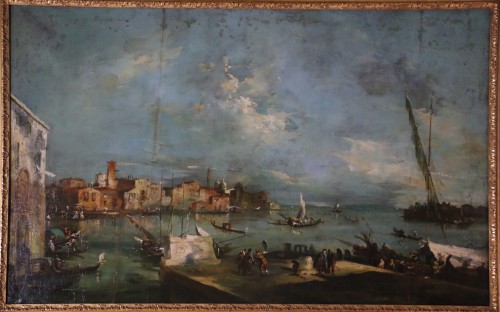 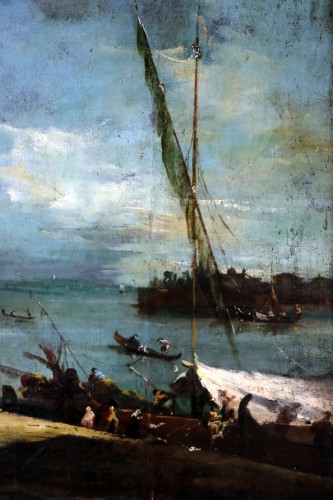 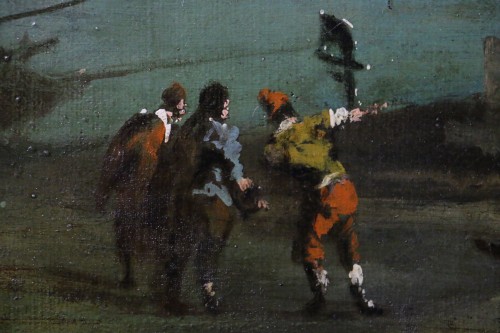 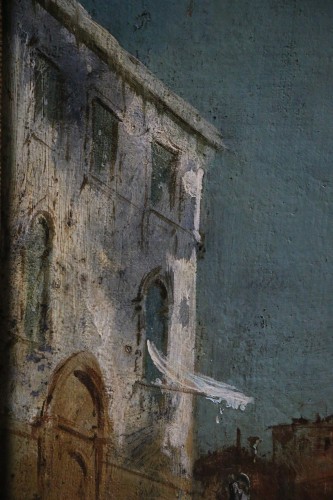 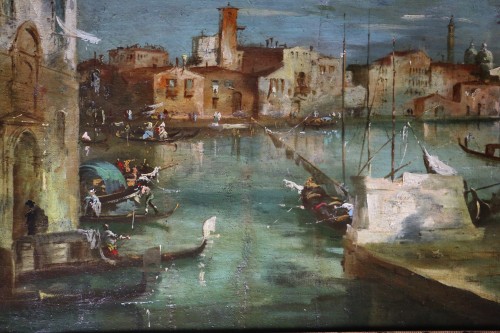 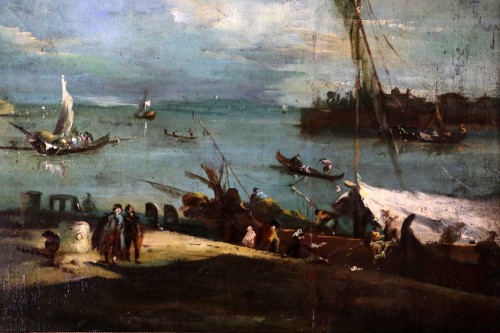 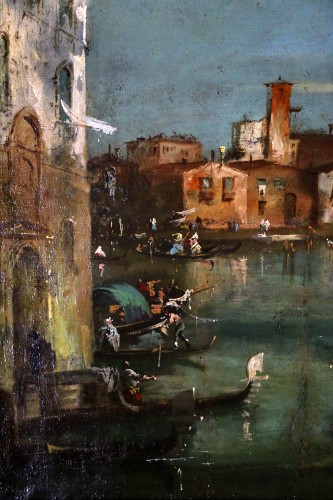 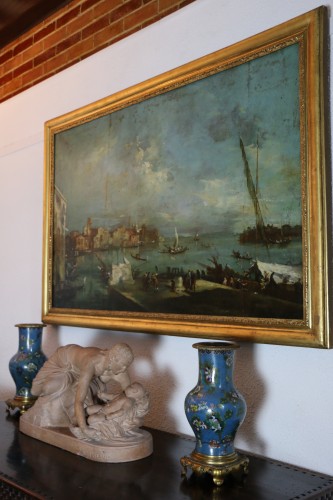 Francesco Lazzaro Guardi was born on October 5, 1712, the son of the painter Domenico and Maria Claudia Pichler. Both of his parents belong to the nobility. His father died on October 16, 1716, leaving his wife and children Gianantonio, Maria Cecilia, Francesco and Nicolò. His sister Maria Cecilia married the painter Giovanni Battista Tiepolo.
The first document on the activity of painter Francesco Guardi dates from December 15, 1731, when the Venetian Count Giovanni Benedetto Giovannelli quotes in his will paintings by the Guardi brothers.
In 1735, Francesco Guardi began working in the studio of the painter Michele Marieschi, where he remained until his death in 1743.
He works at the same time in collaboration with his brother Gianantonio Guardi. October 13, 1738 date the first document citing Francesco Guardi with his brother for an order made by Don Pietro Antonio Guardi for the realization of the paintings of three glasses of the church of Vigo d'Anaunia, in 1738, representing a Miracle of the Host and a Saint Francis who is attributed to Francesco.
On May 16, 1756, he signed a marriage contract with Marianna Dimurat but he married on February 15, 1757 with Maria Mathea Pagani, daughter of the painter Matteo Pagani.
In 1758, Guardi signed his first sight of Venice which is considered influenced by Canaletto.
Before the death of his brother, January 22, 1760, specialists discuss the attribution of paintings between the two brothers as for the History of Tobias for the church dell'Angelo Raffaele of Venice (1749-1752) or the Miracle of a Dominican saint of the Museum of Art History of Vienna.
After 1760, he took the head of the studio and his style asserts itself in vedute and caprices. It is part of the Brotherhood of Venetian painters.
His first son, Vincenzo, was born on August 25, 1760. His second son, Giacomo Guardi, was born on April 13, 1764. On January 14, 1769 was born his third son, Giovanni Battista, who died three days later and on January 27 his wife Maria Mathea dies as a result of childbirth.

With Canaletto, he is the painter par excellence of vedute, these "sights" both picturesque and meticulous Venice, a pictorial genre that flourishes fully in the eighteenth century.
He was born into a family devoted to painting: his father, Domenico, was already a painter and two other brothers would be painters like him, to the point that it is sometimes difficult today to attribute to each one what belongs to him.
Until the age of fifty, he played only a subordinate role in the studio of his brother Gianantonio, a painter of religious paintings. After the death of the latter, he then turns to the veduta 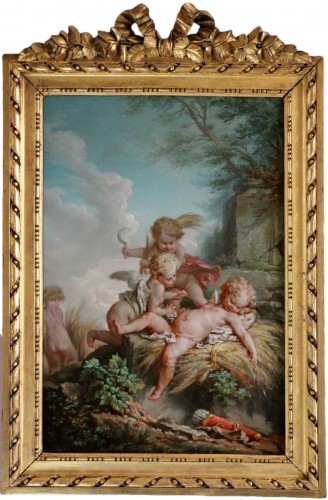 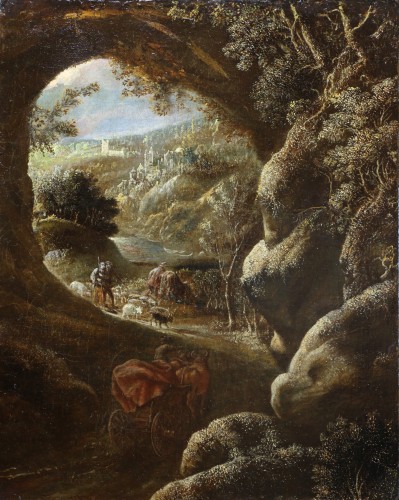 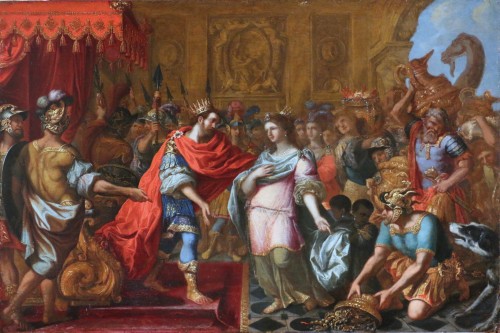 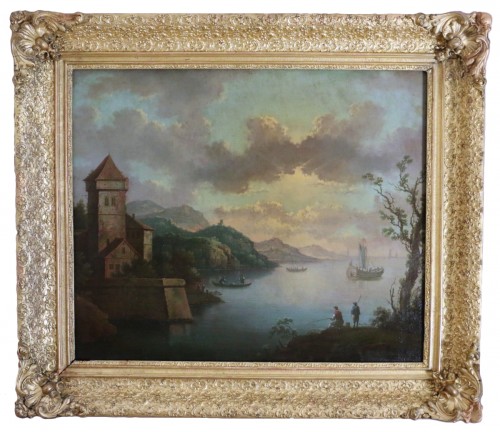