An interior scene with an elegant company playing cards

Herman Doncker’s early years were situated in Haarlem, where important genre scene painters, such as Dirck Hals, had a decisive influence on him. Our painting must date from the middle of the 1630s, when Doncker was either still living in Haarlem, although he might have moved to his native Hoorn or to Edam by 1636.

His interior scenes, which all date from that period, are modern for those days. In the 1640s he would paint rather old-fashioned portraits in Enkhuizen.

An Antwerp triptych, circa 1520 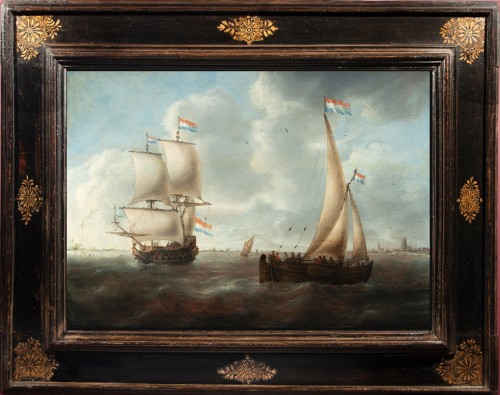