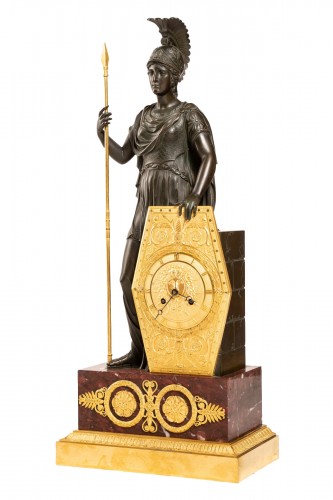 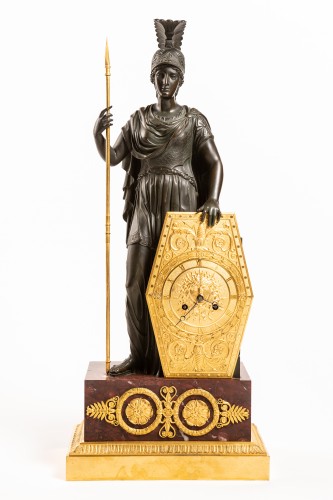 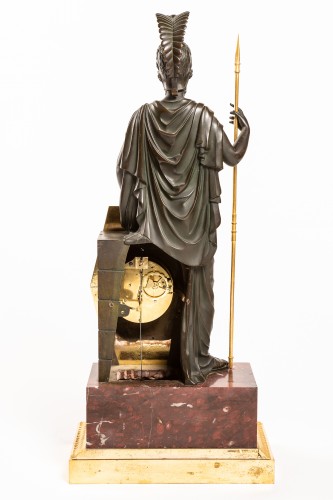 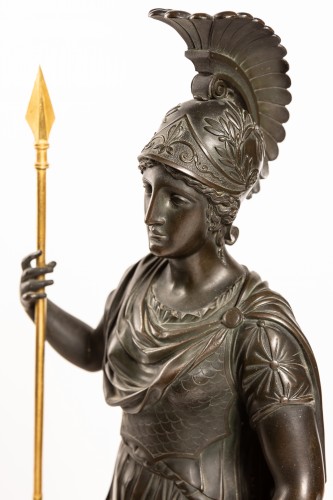 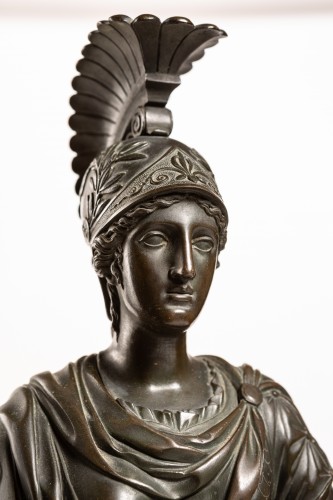 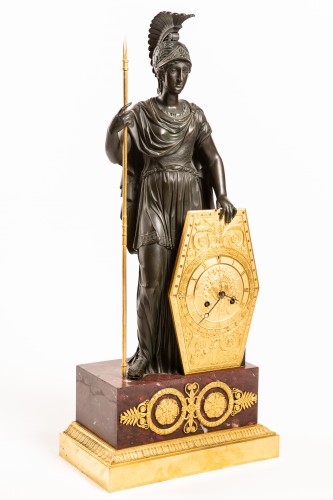 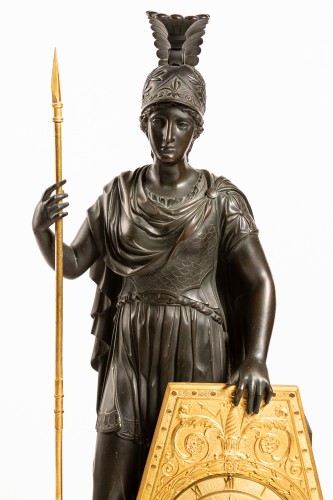 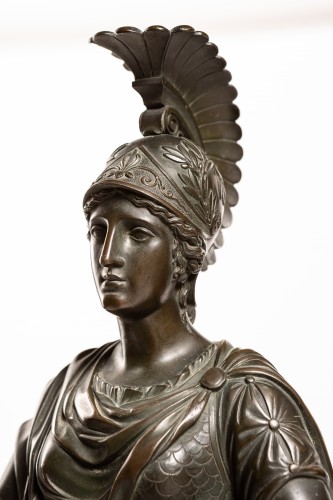 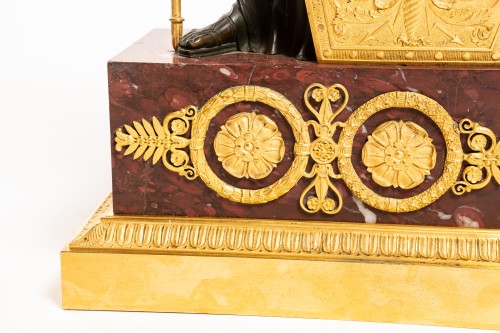 A very fine gilt and patinated bronze and red marble clock with case attributed to Gérard-Jean Galle. The case depicts the standing figure of Pallas Athena wearing a plumed helmet, as well as a long tunic. She holds a spear in her right hand; her left on an hexagonal shield. The rectangular red marble plinth rests upon a gilt bronze base. Pallas Athena (Minerva in the Roman mythology) was the Greek goddess of war, protecting heroes. Paris, late Empire period, circa 1820

That type of clocks was very famous in Europe at the early 19th century. A first pattern was created by famous bronze maker Claude Galle, with a circular shield. His son Gérard-Jean (1788-1846) who took over the family business after his father died in 1815, executed a number of identical or near identical models, including that new version with an hexagonal shield. One was supplied to Stockholm Castle on June 12, 1823 while other examples of this imposing piece may be seen in the Schloss Ehrenburg at Coburg, the Spanish Royal Collection, and the Ministry of Foreign Affairs in Paris.

That type of clock was produced until the mid 19th century. Our piece is dated of 1820 and one of the first productions.

Excellent condition, perfectly working, the back door simulating the end of the dress is missing.
A museum quality clock, mythical object. 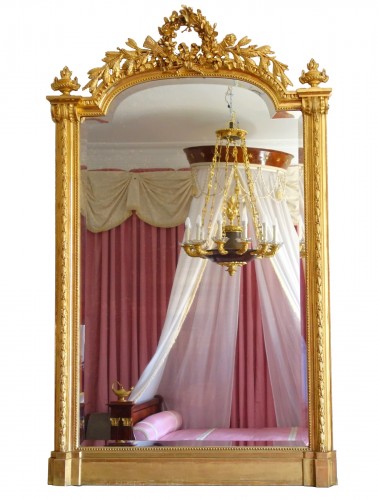 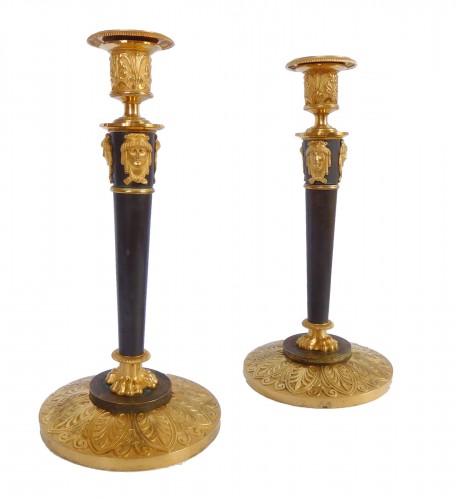 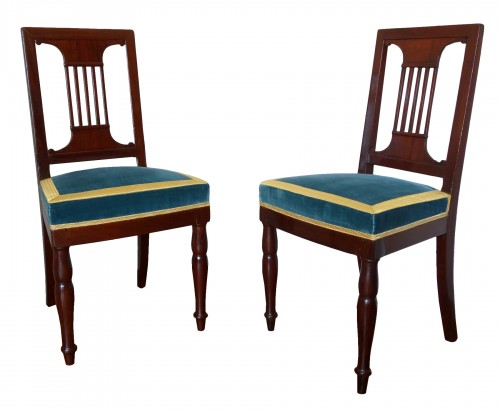 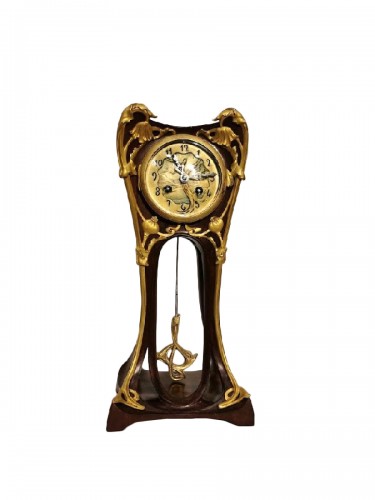 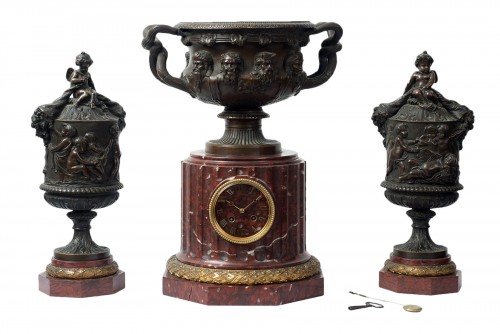 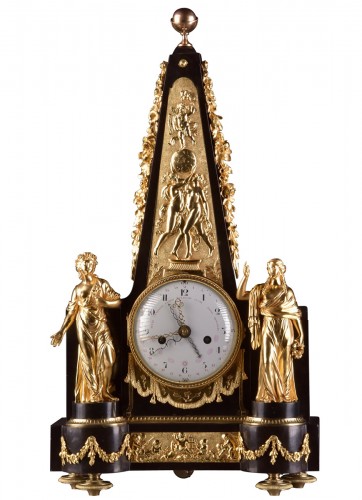 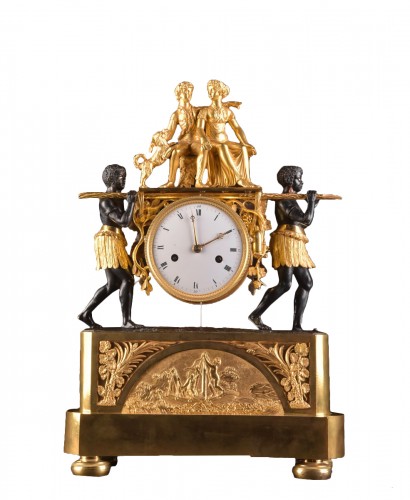 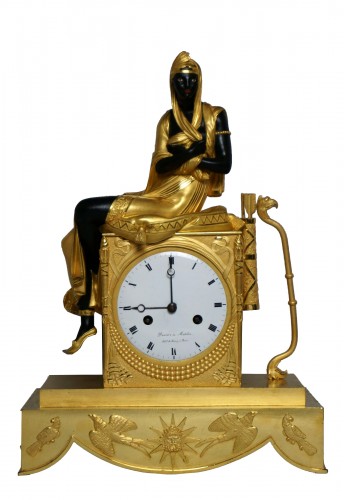 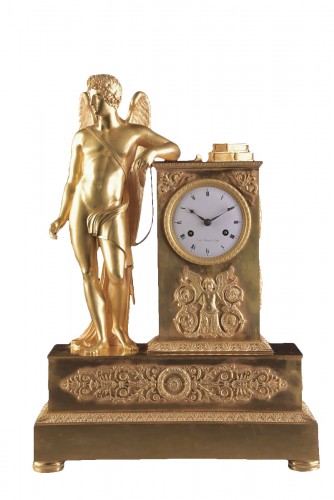