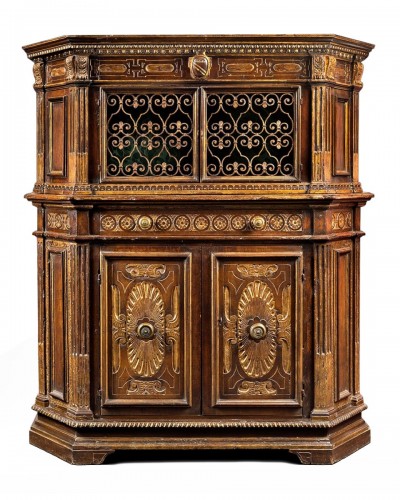 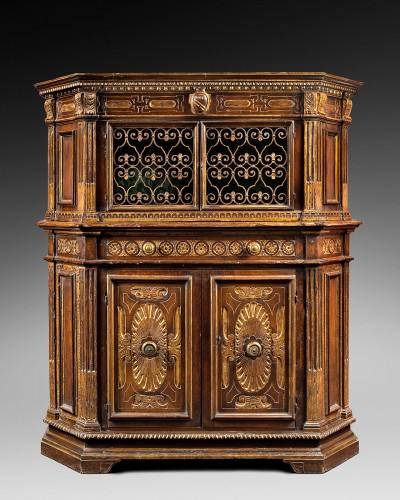 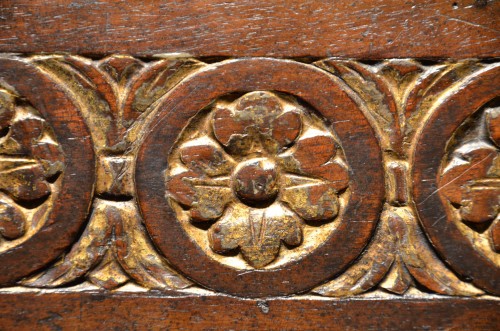 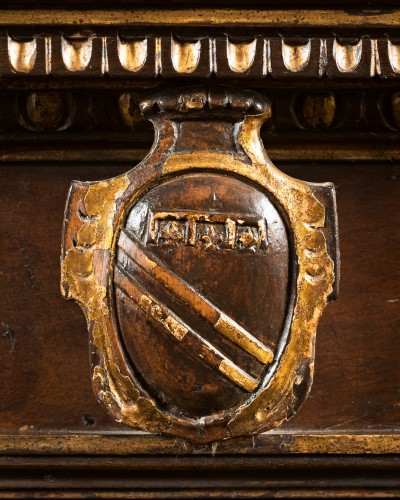 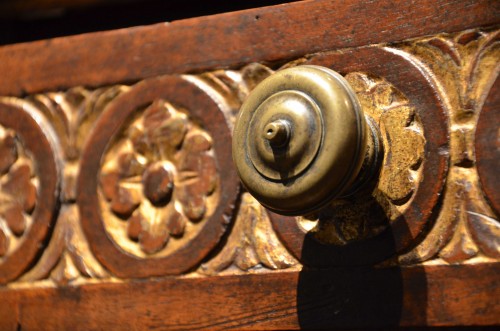 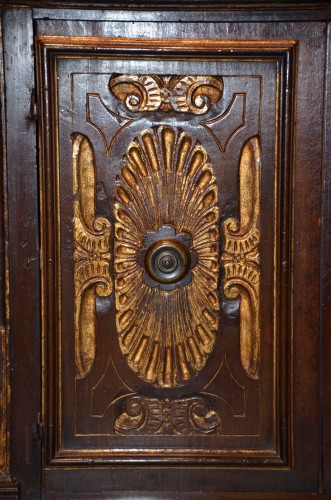 The canted upper part is topped with a moulded superimposed friezes cornice with carved dentilled and egg-and-dart motifs. Below the cornice an entablature shows cartouches framing the Buonarroti family coat-of-arms. The two folding doors grille in scroll-like wrought-iron are framed by stop-fluted pilasters topped by carved brackets. Green velvet covers the inside.
On the waistband, a unique drawer is adorned with a rose frieze, and two nice brass turned knobs.

It stands on a moulded base with a guilloche frieze. The two folding doors are embellished with paterae motifs surrounded by volutes. The parcel gilted pilasters highlight the rhythm of the credenza.

The origin of the credenza dates back to when its sole function was closely related to church ceremonies first a simple cavity inside the wall of the church closed by wooden panels containing valuables such as religious artefacts placed near the altar or in the sacristy.
Up until the 14th century, the piece was made from roughly hewn timbers with a plain surface painted and decorated with elaborate metalwork, as we see in the present credenza. In the early 14th century, carved decoration, was added to the painting simultaneously with a more sophisticated construction of the furniture and a change in function, from being merely an opening in the wall to a decorative and moveable piece of furniture for domestic use. 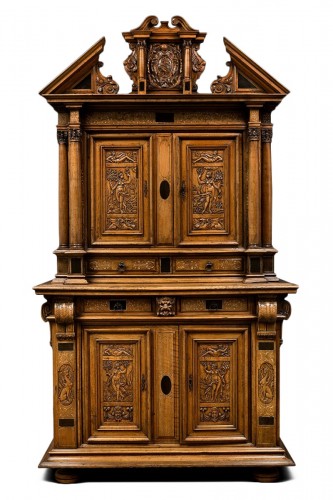 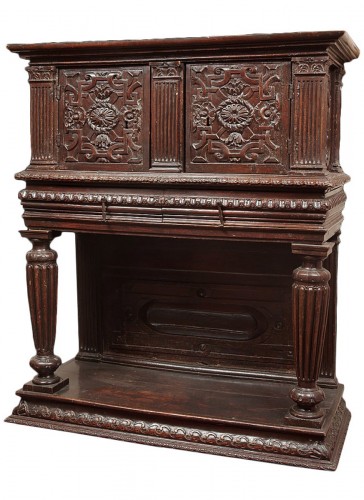 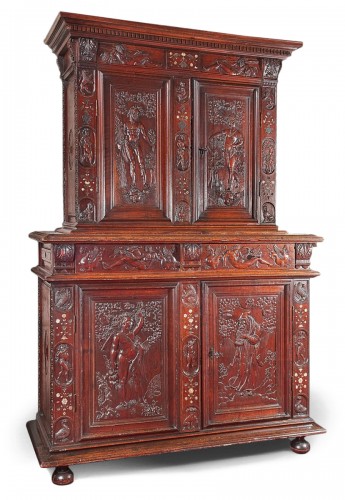 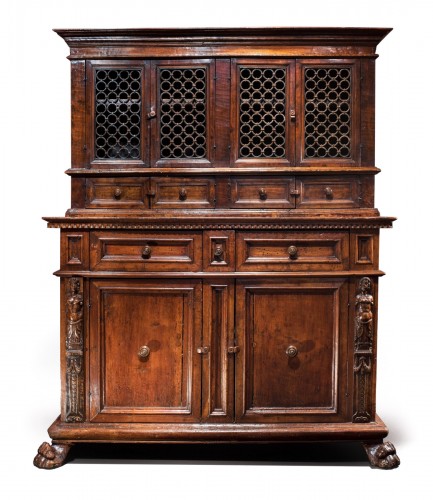