This dresser is in the pure tradition of the taste of the antique appeared around 1750 and whose main promoter in France is Ange-Jacques Gabriel, first architect of the king under the reign of Louis XV.

The Greek decorations appear on the dressers and especially on this piece of furniture which has the distinction of having a wooden tray instead of a marble so that all the faces are decorated in the Greek style, a small blink of Nevertheless, the eye of the cabinetmaker to nature with the representation of an inlaid bird in the center of the plateau.
This chest is a plea for the new neo-classical ideal that will triumph under the reign of Louis XVI and until 1810. 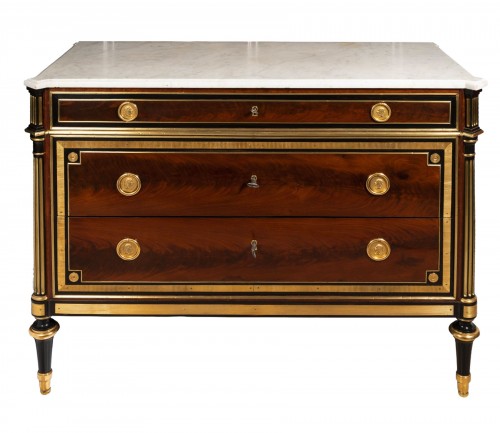 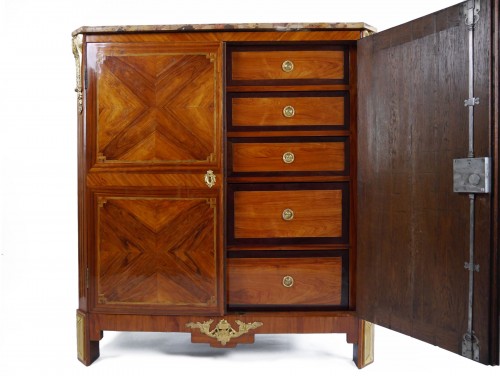 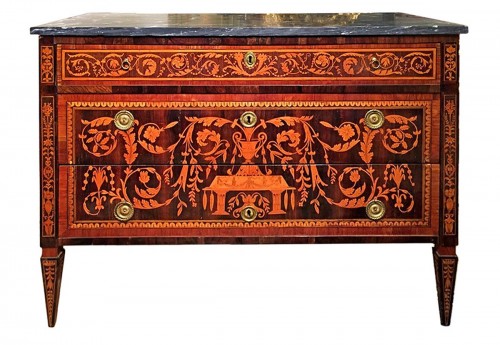 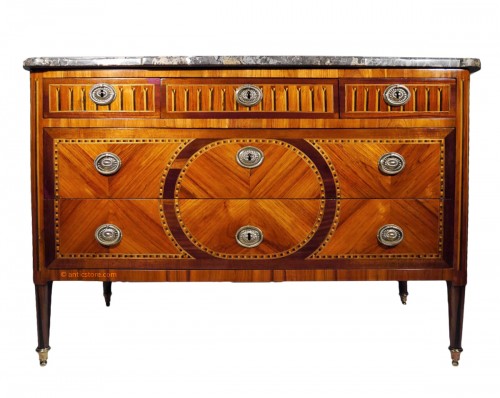 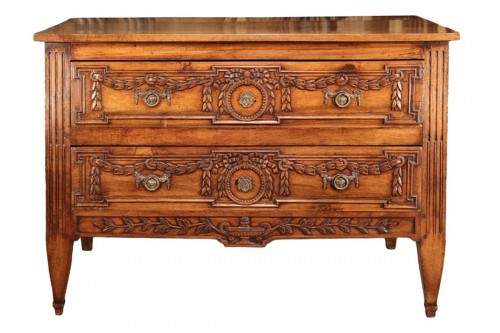